A cannily cut-together walk-and-talk to kick off Season 5 was more than just a clever way to reintroduce a dynamite cast. 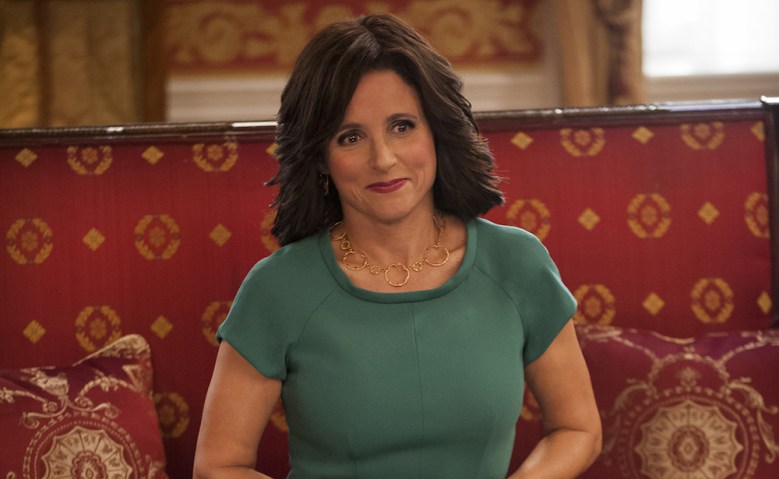 David Mandel came into “Veep” with the highest bar for success: to create a season of television on par with one that just won the Emmy for Outstanding Comedy Series, marking the pinnacle for a critical darling beloved by fans and rewarded by anyone with a trophy. More so, he was replacing not just another showrunner, but series creator Armando Iannucci. And after stellar reviews since Episode 1 aired, all he had to do was finish strong — and boy did he ever.

[Spoilers for “Veep” Season 5, including the finale, are below.]

In the hands of another, less courageous writer, “Veep” would have returned to its titular origins. Selina Meyer (Julia Louis-Dreyfus) was given the chance to return to the Vice-President’s office, but Mandel and his savvy crew steered her in a new direction. Indiewire spoke to Mandel the morning after the finale — which he watched at Louis-Dreyfus’ house with other members of the cast and crew — and he told us why this was always the plan, what’s coming next in Season 6 and how the first scene of the fifth season set up its finale.

With the finale, you had the opportunity to do something “easy” and put Selina Meyer back in the VP office, starting the show over to some extent. But instead, you made the choice to do something new, to forge your own path. How much did you need to know about where you’ll go next to feel good about that ending?

Number one, I actually started with the ending. When I was first talking to HBO and then sat down with Julia and got filled in about this tie, I knew right from the get-go she was never going to be president. I really never thought about making her Veep. It just seemed like steps backward. I understand that they’re pleasing, sort of comfortable steps backward, but nevertheless steps backward.

So for me, the real first idea I had was that she was going to lose the presidency. And the real reason is that what Selina Meyer most wants on the planet Earth is to be elected President of the United States. That is what the show is about. The show in its original inception is about this office. This person who is the Vice President and what she most wants to be is to be President. Even becoming President by him stepping down isn’t the same as being elected President of the United States. Don’t get me wrong, if she wins the election and is President of the United States, I’m sure there’s a show. I’m sure there’s some kind of a show you’d do. But it’s a lot more of the same, and at the end of the day, no matter what the crises and things we would make up, she was still elected President of the United States, and she’s won. Even if we give her a scandal and she gets impeached or whatever, she’s still won. She got the presidency. It’s what she wanted. And I think some of the great comedy comes out of not giving her what she wanted.

So now we’re entering the post-presidency, and I think there’s still a lot of life here. I think people are asking, “Oh, what is it going to be?” but presidents in the history of our country have long, rich post-presidencies. They do a lot, they write, they get involved in things. Bill Clinton has rescued hitchhikers from North Korea. They supervise elections in Angola. There’s so much to be said and done, and the New York Post practically runs a business out of discussing the Clinton foundation on a daily basis. So the question now becomes how we’ll move forward with this stuff.

In terms of the changes that we saw in the finale, it feels like the structure is going to have to change in terms of the supporting cast, since they don’t seem to have a reason to see each other every day.

That’s certainly true, although I would say, if you look at this season, it was a little deceptive. If you actually think about the number of cast members we had on average, the show did change a lot this season. We had multiple locations going at once. We had Nevada and D.C. [where the recount was happening with part of the cast] and then we had New Hampshire and D.C. [where Jonah’s election was happening]. I don’t want to say we had two separate shows because obviously they were connected, but I think the show did start to move, without anyone realizing it, into a “less of everybody in one room and everybody moving to the next room.” So I do think there’s a logical continuation to some of the structure, but obviously yeah, people are going to be in different places. The show did start to move toward this more multi-faceted version, which will continue.

Because you started the season with that beautiful shot where Selina is walking through the office and we’re kind of picking up people as she goes, it shows the cast uniting. So you’ve been setting up the end since the beginning.

I’m very interested in picking things up and where these characters go next and how they deal with all of this. How do you deal with working for the President and being very powerful and all of a sudden you’re not. I think that’s a huge let down. And let’s not forget about Selina, obviously, who has to now deal with the fact that she isn’t President and has to try and justify her 12-month presidency and try and prove to the world that she is a relevant human being, both historically and just in the day-to-day. How does she not just be seen as being put out to pasture? For someone like Selina, who defines herself by her office, she now has no office. What does that mean for her?

Were there any characters that we said goodbye to last night? Was there anyone who we’re not going to come back to at some point?

No, there’s nobody we said goodbye to. Everybody’s coming back, as they say. And I’m not just talking about our regulars. That also extends to our extended family. At the end of the season, we had our regulars, we had our semi-regulars, you know we had Catherine, Marjorie, Furlong, Will, Uncle Jeff and whatever. So it’s a pretty big ensemble by the end there, and somehow we managed to find little moments for everybody. I hope we can continue to do that. You’re right, we’re not going to just see the Oval, we’re going to be somewhere else. And not everyone is going to be working for her again and that will be some of the fun, I think.

Well, congratulations. You did it. You made a season of “Veep” at least on par with what came before. How do you feel?

A bunch of us got together at Julia’s house last night and watched it. With it airing, I was just like, “Ahhhh.” Like, even though I had finished it a couple of weeks ago, until that moment it aired — you know what I mean? I needed to see it go out there onto the airwaves, so I could feel like, okay, the season is actually finally done — in a good way. And then I just sort of sat back and was thrilled by the response — the fact that nobody really guessed it, nobody figured it out. Most people seem to be in shock, and I sort of have enjoyed both the good shock, the stunned shock and the “You’re an idiot” shock. I kind of like all of it.

The writers are getting together to start Season 6 today. How does that feel compared to last year? You’ve got a season under your belt. Do you feel more confident — different?

It’s incredibly different. I feel like I have a completely different understanding of the show. And not just the show that you guys see, but just how to write it. I learned a lot about my team, the people, and how we just go about making it. I don’t know, maybe I just feel smarter about making the show. Confident isn’t the word, but maybe smarter.