The film will be released in select theaters on July 29 and will be available on DVD and On Demand on August 2. 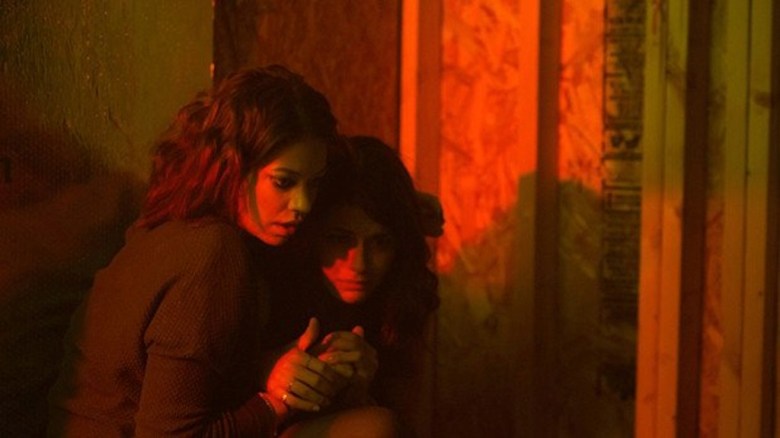 In “Viral,” a mysterious virus called Worm Flu strikes the human population, infecting large swaths of people and making them aggressive and violent. In a suburban neighborhood, two teenaged sisters Emma (Sofia Black-D’Elia) and Stacey (Analeigh Tipton) struggle in quarantine as the infection spreads around the town. But when the virus enters their home, the sisters must choose between protecting each other or surviving the virus. Watch the film’s trailer below.

“Viral” is directed by Henry Joost and Ariel Schulman. The duo previously directed the acclaimed 2010 documentary “Catfish,” about a young man who builds a romantic relationship with a young woman online only to discover the numerous lies therein; it led to a MTV reality TV show of the same name that’s executive produced by Joost and Schulman. The two also directed “Paranormal Activity 3” and “Paranormal Activity 4.” Their latest film, “Nerve,” starring Emma Roberts as a high school senior that enters a high-stakes online reality video game, will be released next month.

Sofai Black-D’Elia previously appeared in the found footage sci-fi thriller “Project Almanac”; she also had main roles in the U.S. remake of “Skins” and the short-lived CW series “The Messengers.” Analeigh Tipton has previously acted in films like “The Green Hornet,” “Crazy Stupid Love,” “Damsels in Distress,” “Lucy” and “Mississippi Grind”; she also had a lead role in the short-lived rom-com TV series “Manhattan Love Story” and placed third in the eleventh cycle of “America’s Next Top Model.”

“Viral” will be in select theaters and digital HD on July 29, and on DVD and On Demand on August 2.

READ MORE: ‘Catfish: The TV Show’ Is Making a Name for Itself, But Is Its Premise Unraveling?

This Article is related to: News and tagged Analeigh Tipton, Henry Joost and Ariel Schulman, Viral