The legendary auteur takes to the cosmos for an IMAX-sized documentary experience. 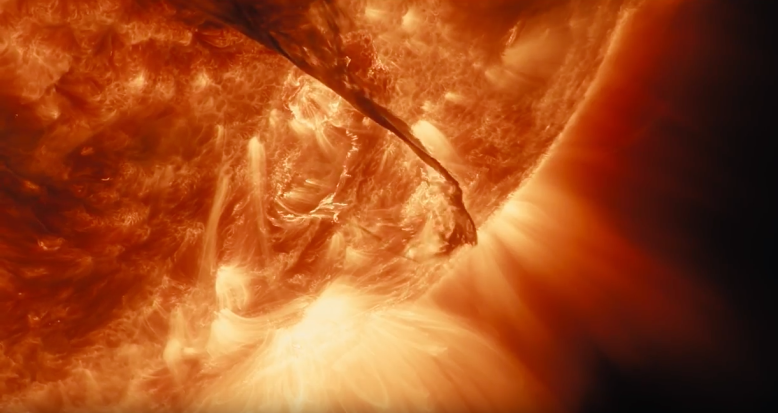 Ambitious is a word that gets tossed around way too much these days, and when it comes to Terrence Malick, it’s practically used as a synonym for the grand visions we expect from the filmmaker. But in the case of the director’s upcoming documentary “Voyage Of Time,” the word “ambitious” isn’t just appropriate, it’s honestly a massive understatement.

Narrated by Brad Pitt and set to play in IMAX theaters this October, “Voyage Of Time” is essentially Malick’s version of the Godfrey Reggio’ 1982 experimental doc “Koyaanisqatsi: Life Out of Balance.” That film was more or less a visual tone poem about the relationship between man and nature, and that’s what Malick seems to be going for here as he explores time, space and the universe. We told you it was ambitious.

The official synopsis reads: “‘Voyage Of Time’ is a one-of-a-kind celebration of life and the grand history of the cosmos, transporting audiences into a vast yet up-close-and personal journey that spans the eons from the Big Bang to the dinosaur age to our present human world … and beyond.”

Malick impressively showed the creation of the universe during “The Tree Of Life,” but he seems to be taking things to a whole new level in “Voyage of Time.” Check out the trailer below.

“Voyage of Time” opens in IMAX on October 7.

This Article is related to: News and tagged Brad Pitt, Terrence Malick, Voyage Of Time