With the July 4th holiday on a Monday, this could be a big weekend at the box office, led for the third time by 'Finding Dory.' 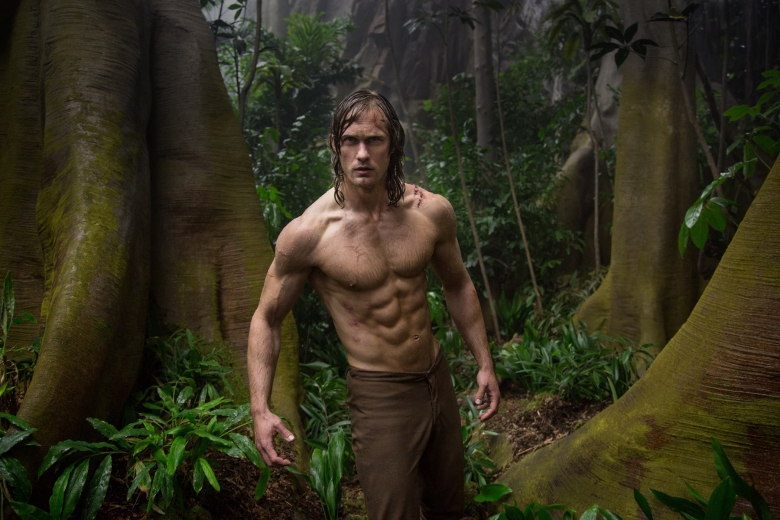 “The Legend of Tarzan”

Two costly new releases, “The Legend of Tarzan” (Warner Bros.) and “The BGF” (Buena Vista), which reportedly cost over $300 million combined, look unlikely to dislodge Pixar/Disney’s high-flying “Finding Dory” from its third weekend in first place. And it is possible that a $10 million new entry, “The Purge: Election Year” (Universal), could edge out both as the best of the newbies.

But with “Dory” coming off a $73 million weekend, it should have little trouble topping $35 million for the three day total and over $40 million for the four. That should best all the first week entries, though their order remains a question mark.

Independence Day is one of three major holidays (Christmas and New Years Day along with it) that has no fixed weekday. That makes comparisons with other years more tricky. Last year July 4 fell on a Saturday (Friday was also a day off), with the result that the actual holiday had the weakest gross of the weekend (only slightly ahead of Thursday). This year should be more like 2011, the last time this configuration occurred, when the three days were nearly equal (Saturday the 2nd best), with Monday adding nearly 20% more. So between “Dory” and the calendar, it should be easy to better the $126 million for the Top Ten in 2015.

Last year was led by “Inside Out” (which finally landed the #1 spot after two weeks behind “Jurassic World,” which slipped to second). Two new releases (with Wednesday openings) followed, with “Terminator: Genisys” and “Magic Mike XXL” combined only grossing $36 million. In fact, nothing grossed more than $30 million for the three days. This year, “Dory” should do that easily, with the three openers at least doing more than “Genisys” and “Mike.” So for theaters, a positive weekend which will boost 2016 box office to positive territory (for the first time after last weekend it fell a tiny fraction below). But for the two studios with high-budget new releases, it’s heartburn time once again, as well for everyone else in the industry where the worrisome summer could determine what direction moviemaking will take in the future.

READ MORE: How Do the 2016 Summer Sequels Stack Up?

The three new releases include one original, one reboot and one sequel, not dissimilar to the array seen in other recent weeks. Steven Spielberg’s “The BFG” is the director’s first in summer playtime following four late-year holiday and awards’ oriented efforts. Once the king of summer (his association with “Jurassic World” helped last summer’s top release gain altitude). But this film – a $140 million adaptation of Roald Dahl’s children’s novel about a girl in a giant-dominated world – is his first one in the season that is neither a sequel nor has a major star (Tom Cruise in some cases) adding to its appeal other than “A.I. Artificial Intelligence” since “Jurassic Park.” This time around he has Mark Rylance, coming off his Oscar win for his supporting role in Spielberg’s “Bridge of Spies” last fall. That had a mediocre $15 million first weekend last October, but ended up with a nearly 5X multiple in its domestic take and ultimate success, in no small part because it only cost $40 million. The earlier ones he directed – “War Horse” and “Lincoln” were prestige and at least break even efforts. It speaks to Disney’s sky-high success at the moment is Dreamwork’s departure from the studio after “The BFG” (their productions also included “The Help”) seemed to elicit little more than a shrug last year.

Certainly a family-oriented film like “The BFG” would seem to be ideally suited for Disney, now more than any previous time. But the association didn’t aid their recent dud “Alice Through the Looking Glass.” That even more expensive effort opened to $27 million, which will end up around $80 million in domestic take. “The BFG” may have a similar start (without the extra day’s bonus) and could end up between longer play here and better results abroad end up better. But it remains a risky project and a possible loss for all involved.

“The BFG” at least is getting favorable (if modest) reviews and along with Spielberg some help from its original source. “The Legend of Tarzan” has of course familiarity and reboot possibilities. Worth spending at least $160 million with a talented actor (Alexander Skarsgaard) but no big names? That’s questionable. A three day opening between $25-30 million seems its likeliest level.

Since 1980, there have been five other attempts on film (others on TV) to keep the Tarzan brand going. The most successful by far was the 1999 Disney animated version, which adjusted took in close to $300 million domestically. The most serious live action version was “Greystoke” (now most famous for Robert Towne’s dog getting an Oscar writing nomination when he replaced his own name with his pet’s in protest of changes). It and the Bo Derek-starring one (both 1980s releases) grossed the equivalent of over $100 million. A late 90s effort with Casper Van Dien (like “Greystoke” and the new version Warners releases) totally bombed.

The budget here, not quite the $200 million reported spent on “Independence Day: Resurgence,” but not that far below, requires either a $75 million+ opening or a massively higher response internationally. This has the advance feel (downbeat late reviews not helping, but at least credit Warners with not hiding it) of doing closer to a third of that for the first three days with at that level the holiday little extra help. There go the modest but likely profits for the studio’s recent “Me Before You,” “Conjuring 2” and “Central Intelligence.”

That leaves open the chance that “The Purge: Election Year” could embarrass both by outpacing them. The latest Blumhouse Productions low budget (though high for them at $10 million) film, third in this series, looks like it has a clear path to getting younger, edgier and underserved minority audiences if they feel inclined to be indoors this weekend. The first two $34 and $29 million respectively (both on summer weekends). This one is getting help from an unexpected source – reviews so far are about as good as “The BFG” and better than last weekend’s sleeper “The Shallows,” also decently received. Different films among the new ones might rank in different orders over the full four days, but don’t be shocked if “Purge” ends up competing at or near the top behind “Dory.” The recent comparison is to “The Conjuring 2” which managed to nearly equal its predecessor with a $40 million debut.

This Article is related to: Box Office and tagged Box Office, Finding Dory, Summer Movies, The BFG, The Legend Of Tarzan