This summer weekend is a disappointment, as the grosses go up against last year's box office behemoth "Jurassic World." 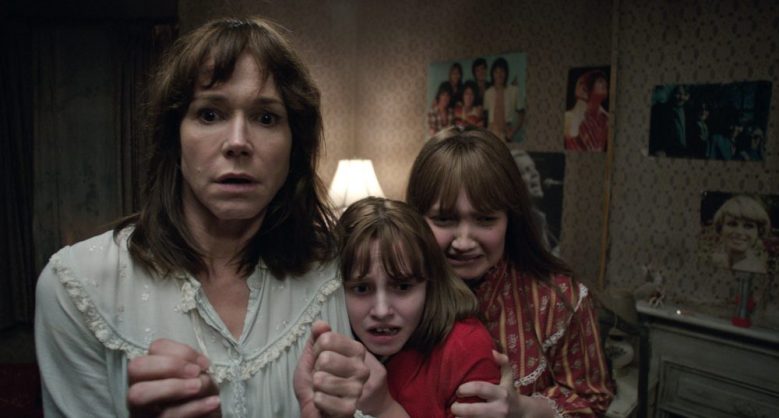 Three new films lead the weekend Top Ten. They are a distinctive trio. “The Conjuring 2” is the clear domestic success, overcoming recent resistance to sequels and horror films. International hit “Warcraft” showed an anemic domestic response. And “Now You See Me 2” is a mixed bag.

The weekend was down a huge 47% from the same one last year., when “Jurassic World” debuted —that was hard to beat. But elements in the figures do give cause for some concern. Is the Down Weekend Significant?

Last year saw the mid-June (not always a prime date, but Steven Spielberg over the decades has tended to favor it) release of “Jurassic World.” Its opening weekend total of $208 million was the high point of last summer, as was its total gross. So this weekend was never going to come close. It’s one weekend with  intervening factors, so it’s not a panic moment.

But with no film as big on the horizon, despite several promising upcoming releases (Disney’s “Finding Dory” should thrive next week), the summer is shaping up as falling short of both last year’s and the preceding months of 2016 where it appeared box office was thriving.

Thus this weekend three films with a combined production cost of $300 million, all boasting some legitimate chance to appeal to domestic moviegoers, combined grossed under $100 million. That’s less than half of what “Jurassic World” did on its own. And that smash surpassed its production cost (only a small part of the financial equation, but still a benchmark) by nearly $60 million in its first three days. Throw in that three films usually have higher combined marketing costs than one, and the shortfall becomes more apparent for their studios.

The combined Top 10 gross stands at slightly below average for this time of year. But again, this came with three new films, which normally would have been expected to reach higher. Give Warners (and its production arm New Line) credit for nearly equaling the take of 2013 original magic caper “Now You See Me  (with no adjustment for price increases).  Hardly bad, particularly for a sequel, and a better hold than most recent sequels.

“Now You See Me 2” is down 22%. Again, some reactions are that this is positive news and Lionsgate made a smart bet.

Most sequels drop somewhere between “X-Men: Apocalypse,” which fell a relatively small amount from its predecessors, and the disastrous  “Alice Through the Looking Glass.”

Studios don’t finance an initial sequel expecting to gross less than the initial one. Sequels invariably cost more (talent prices go up, profit participation is sometimes higher). And they tend to pay off. A survey of first sequels over the past decade or so shows that on average their initial weekends surpassed their originals by 36%, and in a majority of cases passed the total domestic run gross, though by a lesser margin.

So celebrating that “Conjuring 2” came close and “NYSM2” is an improvement over recent sequels doesn’t tell the full story. Recent horror falls are somewhere between “Insidious 2” (+300%) and the more recent “Purge 2” (-11%). “Conjuring” came with a better than usual memories of its predecessor, and its Cinemascore of A- was much above most horror films. Its budget doubled to $40 million, and it should show some overseas strength. So it’s a success. Still, precedent suggested it should have been expected to do at least this well, at least by norms as recent as two years ago.

“NYSM2” also received a good (A-) score and held up best among the three openers yesterday. Yet it seems likely a dicier prospect at this point. Its reported budget climbed over $90 million plus some $30 million in marketing costs. So that’s $120 million minimum bottom line expense. The first film impressively quadrupled its start, then doubled that worldwide. So a sequel made sense.

But this time, like most sequels, a lower domestic multiple is likely (three times at best). That would be around $70 million, with a little under $40 million returned to Lionsgate in film rental. So it’s not looking like a great bet at this point, with repeat foreign success crucial if it is to make a profit.

This summer sees at least six more sequels as well as franchise-related titles (“The Suicide Squad”) and reboots (“Ghostbusters”). That’s not the majority of releases, so fresh blood can make a difference, and many of these may thrive. But we are past the point of assuming sequels are default successes.

The Weak Showing of “Warcraft” Is Bad News

Normally a $160-million film opening to $24 million would be a major bomb for its studio and producers. That’s not the story here. The real story though may be more worrisome for American exhibitors.

“Warcraft” is a videogame adaptation, something that is ho-hum for domestic audiences. But not worldwide. With earlier openings, and massive success in China, the domestic gross is less than 10% of what the total foreign take of the film has been. Wanda-owned Legendary Studios, who financed this, as well as Universal (U.S. distributor and worldwide participant) should do just fine.

So what if it doesn’t perform stateside?

This is a sign that as top movies increasingly target foreign appeal, with more financing from Chinese and other international investors, appealing to the tastes of American audiences is going to become less important. Yet these same films will lead the way on domestic release slates – no one is going to spend $100 million or more on titles with only domestic appeal.

The disconnect between the rest of the world (particularly China) and the U.S. could mean that there are more films like “Warcraft” dominating the schedule, and if they do less well here, then that’s a potential big problem for U.S. exhibitors. The soon to be largest one AMC, is also Chinese-owned, so at least they have some stake in their at-home prosperity.

Another Chinese connection this weekend. Both “The Conjuring 2” and “NYSM2” were directed by ethnic Chinese – James Wan, Chinese-American, for the former, and Jon Chu, Australian with Malaysian Chinese roots, the latter.

The holdovers in the Top Ten didn’t help much. They actually took in a bit less than their equivalents last year. The biggest disappointment is the 51% drop for “Me Before You,” the Warners British romance that appeared to have sleeper potential. It got a very strong audience attention (A Cinemascore) and grew over last weekend.

Yet the air quickly left that balloon, despite very little competition. So a standalone film with a not-guaranteed audience not sustaining a strong run won’t encourage similar risks.

The 58% fall for “Teenage Mutant Ninja Turtles 2” is no surprise, but falling from its low start means this likely falls short of $100 million. That would be just under half for its predecessor in domestic take. Not good.

“X-Men: Apocalypse” will make money, but it is on a downward track, particularly in North America. Its $10-million third weekend is more than a third lower than “Days of Future Past,” a greater shortfall than its opening weekend.

The best showing came from “The Angry Birds Movie,” down only 34%. It had the huge help of the combination of summer play time and no immediate competition (that will change with “Finding Dory” next week). It won’t be one of the year’s biggest animated films, but it also is one of the less expensive, so it deserves credit as a success. This Article is related to: Box Office and tagged Box Office, Now You See Me, The Conjuring, Warcraft