Rose McGowan had previously called out the studio for allowing the image to be used to promote the superhero film. 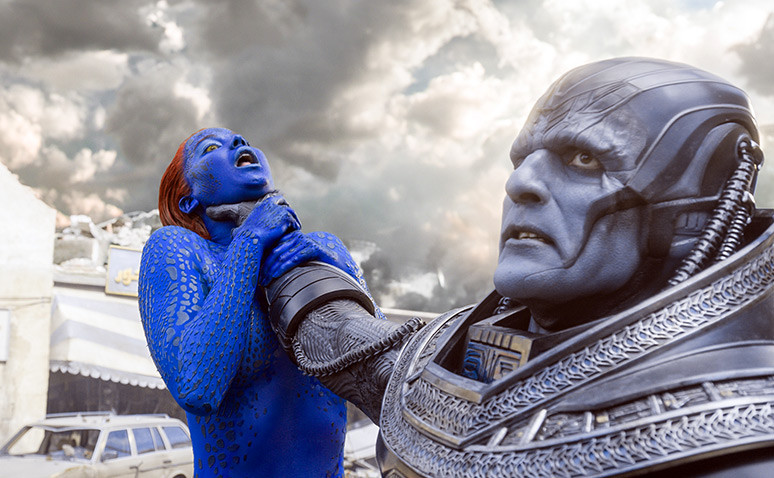 After being called out my fans and celebrities, 20th Century Fox is apologizing for its promotional posters in which Oscar Isaac’s Apocalypse is choking Jennifer Lawrence as Mystique.

Many on social media were criticizing the image for depicting violence against women and now, the studio is responding to the backlash and stating that they will remove the image from the promotional materials.

“In our enthusiasm to show the villainy of the character Apocalypse we didn’t immediately recognize the upsetting connotation of this image in print form,” Fox said in a statement. “Once we realized how insensitive it was, we quickly took steps to remove those materials. We apologize for our actions and would never condone violence against women.”

Actress Rose McGowan had previously been among those who spoke out about a billboard she saw, saying, “There is a major problem when the men and women at 20th Century Fox think casual violence against women is the way to market a film. There is no context in the ad, just a woman getting strangled. The fact that no one flagged this is offensive and frankly, stupid.”

She also talked about how her friend’s daughter even questioned the act she saw on a poster. “I’ll close with a text my friend sent, a conversation with his daughter. It follows: ‘My daughter and I were just having a deep discussion on the brutality of that hideous X-Men poster yesterday. Her words: ‘Dad, why is that monster man committing violence against a woman?’ This from a 9-year-old. If she can see it, why can’t Fox?”

Meanwhile “X-Men: Apocalypse” continues to do well at the box office, while numbers were less than expected, the Bryan Singer-directed film crossed the $300 million mark on Friday.

This Article is related to: News and tagged X-Men: Apocalypse