When real life is this heartbreaking, movies need to be more conscientious about how they depict violence and law enforcement. 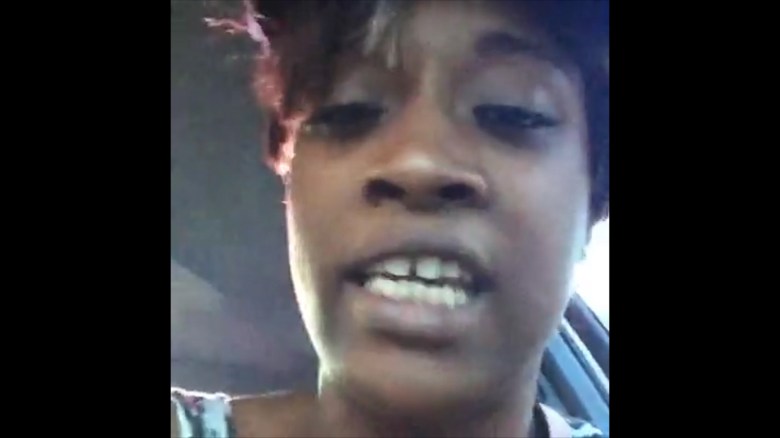 Before you see anything, you hear the sound, the sharp pop as a Baton Rouge police officer fires a Taser into Alton Sterling’s body. If this were a movie, Sterling would be instantly incapacitated and drop to the ground. Maybe he’d go stiff and topple backward, like Jonah Hill in “22 Jump Street,” or his eyes would bug out like Zach Galifanakis’ did in “The Hangover,” but he’d be down, and fundamentally unharmed.

That’s not what happened, as anyone who’s watched the video of Sterling’s killing knows. It’s graphic and disturbing enough that I’m not linking to it, but it’s easy to find. So is the footage captured by Diamond Reynolds after an officer in Falcon Heights, Minnesota fatally shot her boyfriend, Philando Castile.

These encounters follow a different kind of script, one that’s become all too familiar: The victim, usually a black man, appears to comply with police officers’ instructions. The police, clearly in an advanced state of panic, shoot him anyway. Reynolds knew how this usually plays out, which is why she started broadcasting the shooting’s aftermath live on Facebook, a video that’s now been viewed almost 3 million times. The first thing you see is Castile moaning in pain, his white t-shirt soaked in blood, but Reynolds’ voice is eerily, almost unnervingly calm as she narrates what has just transpired, addressing both her virtual audience and the officer who’s still pointing a handgun at her. She doesn’t scream, she doesn’t yell, never fails to address the man who’s just shot her boyfriend multiple times as “sir.” She’s not just sharing her experience. She’s protecting herself, and leaving evidence behind in the event she doesn’t survive.

Reynolds’ bravery and composure is awe-inspiring, especially when compared to the officer outside her window, who can be heard yelling frantic obscenities in the background. It’s as if she was ready for something like this to happen, has always been ready. Even her four-year-old daughter, who comforts Reynolds as she breaks down near the end of the video, seems somehow prepared. “It’s OK,” she tells her mother, with more maturity than any child so young should ever have to muster. “I’m right here with you.”

The people who filmed Alton Sterling’s death were ready, too. They are part of a local activist group, Stop the Killing, which monitors police scanners and documents confrontations that have the potential to turn violent. Even with that footage, there will be those who question, who will bend themselves double in order to find fault with the victim, or the video. (I saw one post criticizing the video as “poorly shot,” as if the camera should have swooped in amidst cops with guns drawn on order to get a better angle.) But without it, we’d only have the word of the officers involved, both of whom claim that the body cameras they’re required to wear malfunctioned before the shooting took place. Expectations come from experience, but here that experience is hardly shared. In 2015, unarmed African-Americans were killed by police at a rate five times greater than unarmed whites, despite being nearly five times less numerous in the U.S. population. So without the videos, our shared narratives about encounters between police and citizens must come from somewhere else. One place they come from is the movies, which is why it matters when movies like “Central Intelligence” and “Paul Blart 2” show law enforcement figures using stun guns, and it’s treated as the equivalent of a pie in the face. It’s the contemporary equivalent of ’80s comedies where cops hit people with nightsticks or punched them in the face for laughs, because nothing like that would ever happen to anyone we know.

I don’t think I know anyone who’s been Tased by the police, and I certainly don’t know anyone who’s been killed by them. So it took Nick Berardini’s documentary “Killing Them Safely” to change how I watch these scenes, and to see how they normalize and distort a form of police violence. As presented in the movies, and by the company’s own aggressive marketing, Tasers are an efficient and painless way to deescalate violent confrontations: You shock someone, they drop, and all that’s left is the paperwork.

In reality, as “Killing Them Safely” lays out in sometimes heartbreaking detail, the devices can cripple and even kill, especially when officers, who are trained to aim their firearms at a person’s torso, lodge the Taser’s darts near a person’s heart. The company states that in situations where Taser use results in a fatality, it’s because officers aren’t using them as directed: They fire too many darts, or shock people for longer than they’re supposed to. But one reason that happens is officers are told Tasers instantly eliminate the threat. And when that doesn’t happen, they don’t know what to do next.

“The reality is that Tasers are horrible tools for dynamic, potentially violent scenarios, because of all the ways in which they can be ineffective,” Beardini told me. “From the perspective of the Alton Sterling video, I believe the officers fully expected the Taser to take him down, and didn’t have a backup plan when it didn’t work.

“The problem is, though, is to flush out why they even Tasered a static man with his hands in the air to begin with,” Beardini said. “The problem with these weapons, and the myth that Hollywood helps perpetuate, is that they encourage officers to use force. Instead of encouraging de-escalation, what ends up happening is that officers are quicker to turn to a use of force like a taser to end any potential confrontation or threat. It’s a very dangerous preemptive use of force because the officers are being encouraged to, in a way, Tase first and ask questions later.”

As Berardini points out, that myth doesn’t originate with the movies. But movies propagate it, usually for the sake of a quick and dirty joke. They teach us that people who get Tased have it coming, that their pain is a punchline. The distortion wouldn’t matter so much if we were more in touch with reality: We can bust a gut when a silent comedian gets clonked in the head with a hammer and still be horrified when the same thing happens in real life. But in the absence of other images — or, where police officers are concerned, more comprehensive training — they become the reality.

READ MORE: Review: Prize-Winning Documentary ‘Do Not Resist’ Will Change Your Perspective on Police Militarization

“Every time some cop who only gets 4-6 hours of taser training from Taser International sees that scene in ‘The Hangover’ when Zach Galifianakis gets tased in the face, it reinforces the idea that the weapons are more pop-culture phenomenon than dangerous electric device,” Berardini says.

Movies need to be far more conscientious about how they depict violence in connection with law enforcement. But we also need more images that don’t come from fiction, and we need to give them greater weight. It’s fine to laugh at Jonah Hill getting shocked in the nuts as long as we remember that when the police do it in real life, it’s violence, and when agents of the federal government do it, it’s torture. But it’s also a safe bet that if Hollywood’s directing pool were more diverse, the way movies depict encounters with the police would be a lot more varied as well.

This Article is related to: Features and tagged Documentary, Facebook Live, Killing Them Safely