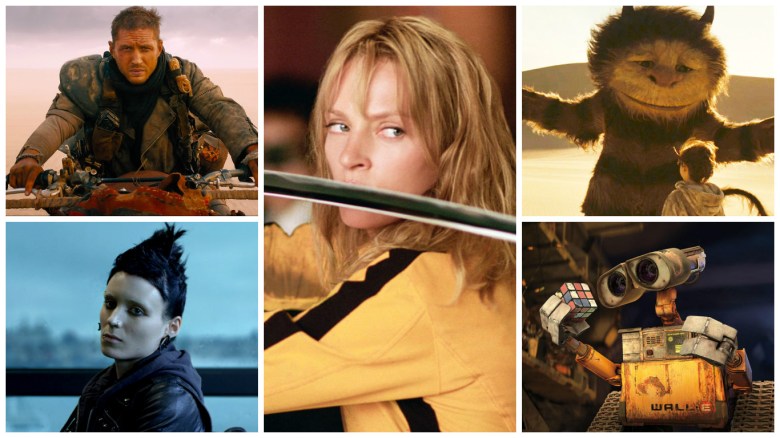 We live in a world where there are trailers for trailers. While it’s still essential to a film’s marketing, trailers are no longer mere primers for upcoming movies; they’ve become standalone events.

Sometimes, however, they’re better than the real thing. When a big movie is boiled down to its essence, trailers can provide the thrill of a blockbuster without the bloat. Slices of advertising can promise a moviegoing experience that can’t compete with the reality.

Below, we’ve charted a brief history of the American trailer over the past two decades. (A quick note: we’ve limited ourselves to one per director, so if you don’t see undisputed gems like “The Social Network” or “Eternal Sunshine of the Spotless Mind,” know that we haven’t forgotten them.)

Simple shadows. Telling words. Awed expressions. These practical effects, concise verbiage, and stock shots were all in service of one final, soon-to-be-iconic image: a UFO hovering over the White House and blowing it sky high with a single ray of light. And this restrained teaser — with an indelible impact — was all it took to turn “Independence Day” into a must-see summer moviegoing event. The “bigger is better” strategy of its recent sequel, “Independence Day: Resurgence,” not only failed on a narrative level, but also felt like a betrayal to anyone who’d admired the original’s visceral simplicity. Spectacle is best in service to the story, and this trailer never forgot that. — Ben Travers

It’s difficult to overstate just how revolutionary the original “Blair Witch Project” marketing blitz was when it first hit with a big, sniffling bang back in 1998. The concept of found footage as a tool for telling mainstream horror stories was still more curiosity rather than budding genre, and slapping a URL all over teasers and trailers and pushing viewers to learn more added an eerie level of veracity that was hard to shake. In short, plenty of people believed that the film was actually a document — if not a true documentary — about a very creepy event that unfolded in some ill-fated woods to some very ill-fated students. No other film has been able to capture the power of the internet quite so cannily, and using short, snappy and totally terrifying teasers like this one to push potential audiences members to eagerly learn more about the “story” made it so genius, scary and unexpectedly seminal. — Kate Erbland

Requiem for a Dream

If the job of a movie trailer is to sell the experience of watching the feature-length film, than “Requiem For A Dream” might just have the most effective trailer ever made. Condensing everything that makes Darren Aronofsky’s drama one of the most brutal moviegoing experiences of all time into a whirlwind teaser (from the manic editing style to the use of split screen, heightened frame rate, visual and vocal repetition, and Clint Mansell’s operatic score), the trailer alone provides the kind of visceral psychological nightmare that has come to define Aronofsky’s career. Credit distributor Artisan Entertainment for refusing to make the film an accessible sell and promoting it as the intense and disorientating experience it really is. — Zack Sharf

The drop-dead serious attitude toward genre thrills mixed with knowing humor and absurd plot twists, interlaced with over-the-top images of sex and violence. How do you capture all the glorious trashiness of a Brian De Palma movie in a two minute trailer? You show it all. Literally, fast forward through the plot — stopping for a stare, a strut, or some sex — and let some dialogue create the illusion of a cohesive story (with a wink or two of course). This trailer was made with a boldness that could only come from reverence for the film’s creator. — Chris O’Falt

The early 2000s at Disney Animation were plagued with more than a few issues. So The Mouse decided to market “Lilo and Stitch,” Chris Sanders’ alien-out-of-water story, in a strange way: by pitting a small blue monster against classic Disney protagonists. Animated by Sanders himself, this series of short trailers found alien Stitch entering the worlds of “Beauty and the Beast,” “Aladdin,” “The Little Mermaid,” and “The Lion King,” with the original voice actors reprising their roles in those Renaissance films. Ariel, Rafiki, and Belle didn’t just find the creature different. They were horrified by him, whether he was blasting Elvis Presley or trying to pick up a Disney princess in his red spaceship. Each trailer ended with an iconic member of the Disney canon telling its newest face to get his own movie, thus creating a desire for audiences to see what promised to be a smaller, weirder, funnier Disney animated film. If this little guy could upend Disney classics in a matter of seconds, what kind of chaos could he brew on his own? — Russell Goldman

Up next: The best trailer twist of all time

Page 1 of 4
Continue Reading: The 20 Best Trailers of the Last 20 Years

This Article is related to: Lists and tagged 20/20, Best Of, Cloverfield, Lists, Trailers