A look at the hit animated Disney film that isn't "Frozen." 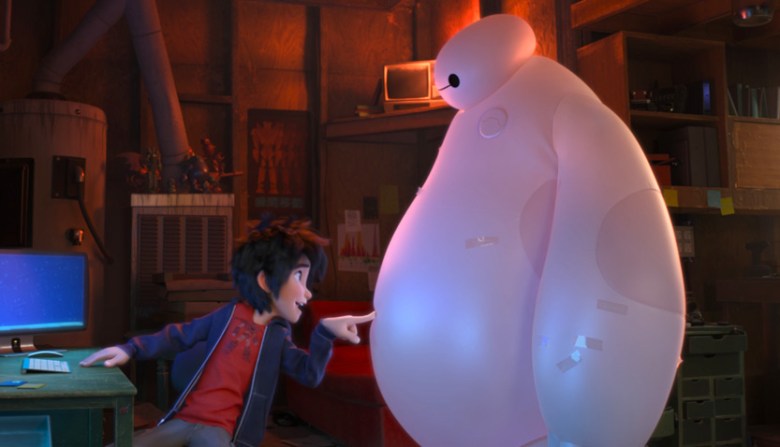 In the latest Honest Trailer, Screen Junkies goes behind the “Disney hit that made you laugh, cry, won an Oscar, and best of all, isn’t ‘Frozen,’” “Big Hero 6.”

The animated movie was based on a Marvel comic book — many had no idea existed — according to the video. While all the Marvel branding was removed from the finished product, the film followed the same superhero premise of a team going up against “an unforgettable villain with a vague plan in a final battle… and an after credits scene with Stan Lee.”

“I mean come one, this is the Marveliest, non-Marvel film ever,” says the voiceover as he continues to humorously dissect the picture’s plot.

“[Hiro] is a protagonist with hair of a Japanese anime and the tooth gap of every kid from recent Western animation,” he adds. “Thrill as this miniature version of Tony Stark makes inventions that will put everyone on Earth out of a job.”

The Honest Trailer also describes his loyal robot friend, Baymax, as an adorable combination of WebMD and a marshmallow. “He’s the inflatable Robo-nurse everyone wants to cuddle with until you realize he’s voiced by the depressed, middle-aged writer from ’30 Rock.’”

READ MORE: Watch: Honest Trailer For ‘Zootopia’ Finds Thin Line Between Tolerance And Being a Furry

Starring “Obamacare, Hiro? Is it me you’re looking for?, a TJ-Miller Type, Human Segway” and more, watch the hilarious trailer below:

Stay on top of the latest film and TV breaking news! Sign up for our Email Newsletter here.

This Article is related to: News and tagged Big Hero 6, Honest Trailer