TCA: Executive producers of the acclaimed anthology series teased what we can expect when the show comes to Netflix this October. 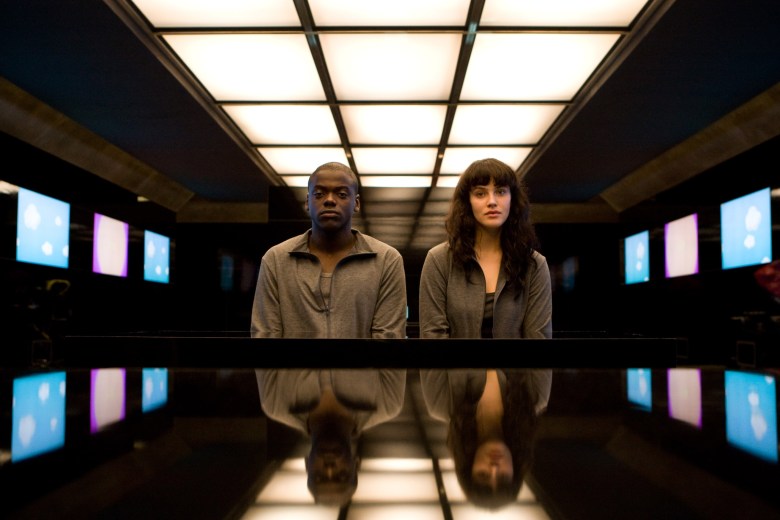 For those captivated by the first seven installments of the UK anthology series “Black Mirror,” there’s an awful lot more to come. Today at Netflix’s TCA press day, executive producers Charlie Brooker and Annabel Jones promised that the upcoming Season 3 — premiering October 21 — would maintain that “special ‘Black Mirror’-y unpleasantness,” but also a wider variety of tones across the six new stand-alone installments.

READ MORE: Why ‘The Crown’ Went To America To Find Its Winston Churchill

In classic “Black Mirror” style, the secrets behind these episodes were kept under wraps, beyond some basic details:

Brooker is the lead writer, but one of the six episodes, “Nosedive,” was co-written by Rashida Jones and Michael Schur, who were fans of the show (in Brooker’s words, “the feeling was mutual”).

They were hesitant to reveal details about “Nosedive,” but described the episode as “a social satire about identity in the social media age — quite a playful episode, but also quite nightmarish.” Meanwhile, “Playtest” was billed as a video game-themed episode, while “Hated in the Nation” will be more of a “police procedural.”

In general, the show’s shift from Channel 4 to Netflix has challenged them to be “ambitious in scale — bigger and crazier,” Jones said. “But we hope they still feel very human and grounded. At the heart, there’s a human dilemma we’re solving.”

That said, the forward-looking series does find that its biggest challenge is staying ahead of reality. Asked directly if they can top a “Black Mirror” episode which ended up famously echoed by an incident involving David Cameron, “I’m not sure we can top the David Cameron incident. He did it himself,” Brooker said.

They will not be referencing Cameron in the new season, though — or pigs.