Premium TV is turning indie filmmakers into Hollywood directors who can handle epics on a cinematic scale. 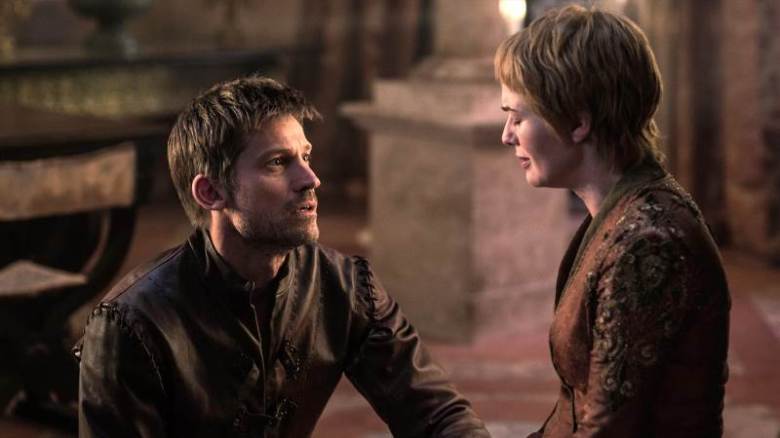 How did an indie auteur from Canada come to direct HBO’s spectacular epic “Game of Thrones?”

When writer-director Jeremy Podeswa was asked to helm an episode of Showtime series “Queer as Folk,” which was looking for local directors for its Canadian locations, he figured it was a temporary detour from his career as an indie auteur. His 1999 film, “The Five Senses,” was developed in the Sundance Labs and played Directors’ Fortnight at Cannes. But after “Queer,” producer Alan Poul, who championed “The Five Senses” at Sundance, sought out Podeswa to direct HBO’s “Six Feet Under.” Podeswa did, enthusiastically, one for each of its five seasons. Podeswa moved on to the period riches of HBO’s “Carnivale,” his first crack at a more elevated genre with fantastical elements. And somehow, he landed the episode in which just about every major character had sex. “It was not an accident,” he said in our video interview.

He’s developed a reputation for working well with actors, being able to combine the intimate and the epic, and over the years has developed a skill set that enables him to do just about anything. One minute he’s in a boat with Tyrion Lannister (Peter Dinklage) and Jorah Mormont (Ian Glenn), then Daenerys (Emilia Clarke) drops her ring in the grass as the Dothraki approach, and the next [SPOILER ALERT] he’s back at Castle Black about to revive dead Nights Watch Commander Jon Snow. “It was the first season off the books, full of fan anticipation,” said Podeswa, “and everybody was talking about Jon Snow. I could tell no one, not the closest people in my life. It was very exciting to do it, but one pitfall—the danger is there’s so much reminding the audience of where you left off, and laying track for what comes later. It can be too expositional.”

Luckily Season 6 starts exactly where Season 5 ended, “with Jon Snow freshly killed, lying in the snow,” said Podeswa, “and took off like runaway train, which was great: no set-up, no laying track. Boom! You’re in.” How did he get so adept?

He put in his 10,000 hours. The biggest leap was tackling the big-budget HBO spectacle “Rome,” shot at Cinecitta on a vast city set packed with Centurians in togas that was so big he’d get lost in it. “HBO had more faith in me than I had in myself,” he said. “It was on a scale I had never done before. The bigger you get, the better the support gets. I did a lot of learning on the job. I’m working with people with extreme levels of skill.”

So he figured out how to move massive crowds of extras, play with huge swooping cameras, and supervise visual effects crews. “Intuitively I had a grasp of that stuff without knowing how,” he said. After one episode of “Rome” (which averaged $10 million per episode), Podeswa was ready to move on to the sexy period excesses of “The Tudors” and “The Borgias,” followed by three episodes of HBO’s “The Pacific” (which averaged $20 million each), and seven of Martin Scorsese and Terence Winter’s “Boardwalk Empire.” (In that case, Scorsese took the lion’s share of the budget for the pilot, leaving the directors in his wake with much less to play with.) And Podeswa delivered arguably the best “True Detective” Season 2 episode, the action-packed fourth, “Down Will Come,” complete with a shoot-out starring a running-and-gunning Rachel McAdams.

Podeswa and David Nutter shared an Emmy nomination for “The Pacific” — an unusual situation, but Podeswa took over from Nutter on the “Iwo Jima” episode; Nutter had a scheduling conflict after shooting the climactic battle. Podeswa also earned a nomination for “Game of Thrones” Season 5’s “Unbowed, Unbent, Unbroken” (in which Sansa controversially is raped off-screen on her wedding night, foreshadowing her Season 6 revenge) and may score again for one of the first two episodes of Season 6. So just how do you direct an episode of “Game of Thrones”? “It’s logistically unlike any other show,” said Podeswa. “No other show has the resources. The creative producers understand how to do a show like this, they have it down to a science. They’re organized. They always have two crews working, the Dragon crew and the Wolf crew. At certain times both are in Northern Ireland. One does the foreign locations as a big block, right now, Spain (Dothraki lands) and Croatia (previously, Malta and Morocco); King’s Landing is Dubrovnik.”

The team cross-boards the whole season. “Every director works on it for 6 months,” said Podeswa, “trading off locations and casting everything in your episode. You shoot everything, travel with the cast, and the second crew is there. They let you take your key people, your cinematographer and AD. Each director has their own. The designers stay the same, but they hire local people in different countries to fill in the gaps.” The toughest thing? “Is to keep all the balls in the air,” said Podeswa, “the logistics on so many different stories. Post-production adds almost two months of shooting after principal photography, to do the dire wolves, giants and huge crowd replications. The only second unit is really the effects unit.”

How do they shoot the giant? “He’s a very tall actor, who we shoot against green screen as a separate element, often shooting without anything there except a big ball on a stick. There’s a lot of reaction to something the actors imagine.” Per DGA rules, Podeswa gets to edit his cut alone with his editor, and can ask for more days to make it solid as long as it doesn’t bump against HBO’s delivery. Then it goes to producers who give notes. Executive producer Frank Doelger goes in with the editor and executes all the producers’ notes for the final producers’ cut.

One reason audiences are so invested in the younger characters on “The Game of Thrones” is that they have watched them grow up, Podeswa said:  “People have seen them grow into adults. Their characters have grown in amazing ways, creating arcs over time, and you’ve seen them physically grow as gifted child actors who are now mature, sophisticated, complex grownup actors who  can do anything. Sophie Turner (Sansa) is one of them.”

As Podeswa preps to direct the first two episodes of Season 7, he warned, “Winter’s coming. Things are coming to a head!”

This Article is related to: Awards and tagged Game of Thrones, HBO, Jeremy Podeswa