From the IndieWire Vault: "I don't think I'm that funny. I make my wife laugh once or twice around the house, but nothing special." 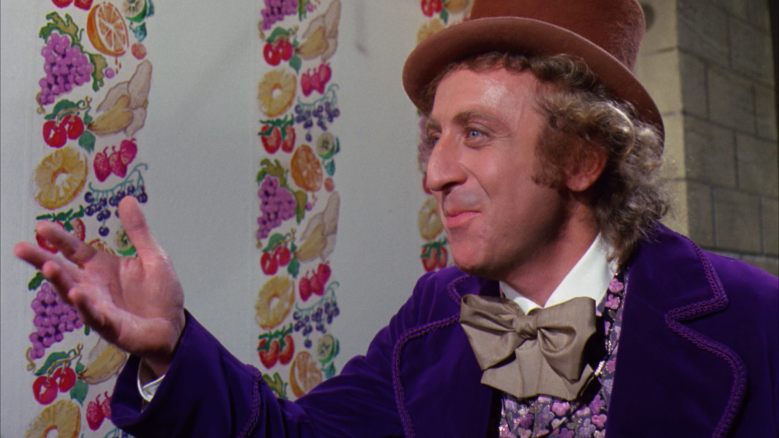 Public sightings of iconic actor Gene Wilder are as rare these days as public sightings of Willy Wonka (or Arthur Halliday). Three years ago, the retiree spoke with Robert Osborne at the 92nd Street Y in New York City in a rare public appearance. He discussed filming Mel Brooks classics like “Young Frankenstein” and “The Producers,” making Willy Wonka into his own and the state of modern Hollywood (including remakes of his own films!). The results will make you wish you could see Wilder back on the big screen.

READ MORE: We Miss You! Our Favorite Hypothetical Comebacks

It’s safe to assume Wilder has an old sensibility towards the industry. In this talk, he touches on his dislike for profanity in today’s films (“When they’re swearing… can’t they just stop and talk? Instead of swearing?”), confusion over what a podcast is (“Would I come on your what?”) and his attitude towards Tim Burton’s divisive remake “Charlie and the Chocolate Factory” (“I think it’s an insult. To do that with Johnny Depp, who I think is a good actor, and that director who I think is a talented man but I don’t care for him…” ).

Yet the stories he tells of his iconic roles are wonderful (even the stories of less iconic films like “The Frisco Kid” feel as vital). He describes “Young Frankenstein” as a rewrite of the classic he had started to jot down.

“I started writing two pages about what I would like to see it become,” said Wilder. “I would like it to be a happy ending. My agent called me…he said, ‘I wanted to do a film with you and Marty Feldman and Peter Boyle.’ So I wrote a couple more pages with the Transylvania ending, and she said ‘This is great, we should get Mel Brooks to direct.’ And he wouldn’t direct something he didn’t conceptualize. The phone rings, it was Mel, and he says ‘what are you getting me into?’ I said, nothing that you don’t want to get into.”

He also discussed bringing an air of mystery to the Roald Dahl giant in “Willy Wonka & the Chocolate Factory,” one that would color how viewers would feel about him from the second he walked onscreen.

“I thought the script was very good, but something was missing. I wanted to come out with a cane, come down slowly, have it stick into one of the bricks, get up, fall over, roll around, and they all laugh and applaud. The director asked, ‘what do you want to do that for?’ I said from that time on, no one will know if I’m lying or telling the truth.”

Watch the full 28-minute panel below (you too will want to check out his audiobooks afterward).