"Homeland" producers meet ex-CIA officials every year to shape the new season. Claire Danes and Alex Gansa share what they learned in 2016. 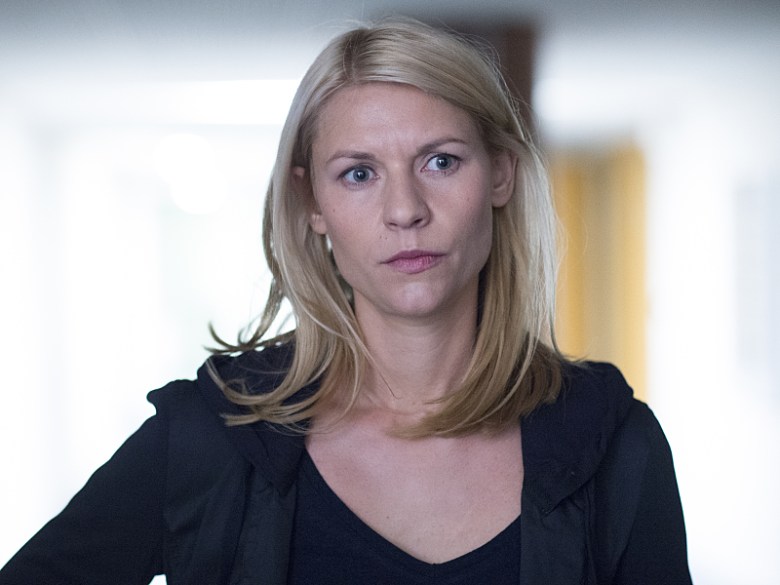 “Homeland” has always been a series focused on real-world issues. From domestic terrorism to foreign threats, the Emmy-winning Showtime drama — which landed four nominations in 2016 — has built a reputation for being politically insightful, year in and year out. But how do the producers know what’s pertinent, right now, to spies working around the world?

Before each season gets underway, “Homeland” producers fly into Washington D.C. for an “intense” three-to-five-day information-gathering summit with CIA officials and intelligence officers who inform them of the most relevant risks to America.

“We have a fantastic consultant by the name of John McGaffin, who used to be one of the deputy directors of the clandestine division of the Central Intelligence Agency,” showrunner and co-creator Alex Gansa told IndieWire. “He assembles a roster of people to come talk to us, and we all get on a plane, go to Washington, D.C. and congregate at this little old club in Georgetown. It’s like a CIA haunt — an old building from the 19th century — and we entertain a parade of pretty extraordinary people: former directors of the Central Intelligence Agency, active and retired intelligence officers, state department people, White House staffers. It is a front row seat to what’s being discussed in the halls of power.”

Specifically, the “we” in that explanation is made up of “Homeland’s” writers (including Gansa), Emmy-nominated director and EP Lesli Linka Glatter, producer and star Claire Danes as well as Mandy Patinkin — usually. Everyone’s favorite fake CIA director couldn’t attend this year, according to Linka Glatter, but everyone else made the trip for an “overwhelming” three days.

“It’s always amazing because it sets the stage for what the season will be,” Linka Glatter said. The length, while tough, is necessary to dig into the meatiest issues out there.

“I cannot tell you how influential it is on the season,” Gansa said. “One by one, they come in. We usually block out a couple of hours for each person. So we get there at nine o’clock, we see two people before lunch, we sit down with someone at lunch, and then we see two or three people after lunch. So it’s a full day, every day.”

“It just influenced the season incredibly,” he said. “All those elements came together to make a season.”

“It’s really exciting because they’re just casting the net,” Danes said. “There’s some direction, like, ‘We’d like to shoot the season in Europe. Where would be a good place to do that?’ But it’s still pretty broad. It’s a general expedition to find the insight, read the temperature.”

But there’s danger in inviting so many different voices into the conversation as well.

“You can’t take what everybody says at face value,” Gansa said. “Everybody’s got an agenda, people come in and try to woo us to their idea.”

Gansa pointed to the movie “Zero Dark Thirty” as an example. “That film was all about finding Osama Bin Laden, and the people that made that movie ultimately put onscreen the idea that torture captured Osama Bin Laden,” he said. “And that is very much a questionable thing to say. You know, you can’t take this stuff and just completely buy into it. You have to bring your own circumspection. You have to ask yourself, ‘Huh, why are they telling me that?’ We talked to some Israeli intelligence officers, and they clearly have an agenda. They want you to know what they think about the Iranian deal, for example. So you have to pick and choose what you think.” The producers also have to balance the demands of making a fictional, exciting TV show with the research that goes into making each season authentic.

“We want to tell a compelling story, but the show is going to be in New York next season. When you’re back on American soil, you really want to stay close to the truth. You don’t want to posit that there are evil forces here that don’t actually exist. You don’t want to be a fear-monger, and it’s difficult when you’re making a thriller!”

Season 6 won’t air until January 2017 to accommodate shooting in New York and the creative demands involved with creating such a complex political thriller. As previously announced, the new season takes place during the 72 days between Election Day and the presidential inauguration.

“So who’s really in power?” Gansa said about the themes of Season 6. “Is it the sitting president? Is it the president elect? What is the business of the intelligence agencies? Is it to educate the new president coming in, who may have different ideas? What are their agendas with this new president, and how do Carrie, Saul, Dar and the whole ensemble fit into that complex transfer of power that occurs every year in this 72-day period?”

Gansa made sure to get answers to these questions during the three-day summit.

“We weren’t aware of how that transition actually takes place,” he said. “And we heard a lot about the intelligence briefings that go on for the new president. An old director of the Central Intelligence Agency came in and told us about the transition with President Obama. Obama was coming in with a radically different agenda than George W. [Bush], and [the former director told us] what they did to educate him about what was happening in the world, and how it changed his mind a little bit.”

How that shapes “Homeland” Season 6 for Carrie and Saul remains to be seen, but it sounds like we’ll be able to trust the story’s authenticity yet again.

[Editor’s Note: IndieWire spoke with Ms. Danes, Mr. Gansa and Ms. Linka-Glatter at “Homeland’s” Academy of Television Arts and Sciences event on May 25.]

This Article is related to: Awards and tagged Alex Gansa, Claire Danes, Showtime