There's nothing better than an incredibly patriotic quote to rouse your American spirits on Independence Day. 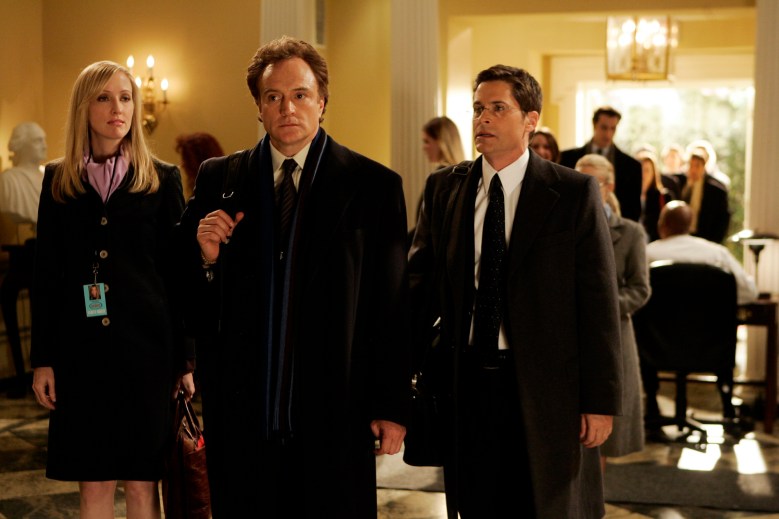 With Monday fast approaching, we’re all still looking to get into that patriotic spirit — especially since “Independence Day: Resurgence” definitely did not resurge anything and actually brought many of us down. The first film, however, does have one of the greatest and most patriotic speeches of all time, one that really heats the American juices in our hearts. The same can be said of many, many speeches in TV, but they prove to be a little harder to place. So, just in case you need something particularly nifty to quote at the family BBQ this Monday, we decided to play a trivia game.

And who doesn’t love trivia? In Very Good TV Podcast’s latest episode, IndieWire TV Editor Liz Shannon Miller, TV Critic Ben Travers, Special Projects Editor Steve Greene and Senior Editor Hanh Nguyen whipped up 16 of the most patriotic TV quotes out there, quizzing one another on what show they come from and deciding who’s the champion of America’s most American television. Do you know your patriotic TV quotes too? Test your knowledge above!

Don’t forget to subscribe via Soundcloud or iTunes, and follow IndieWire on Twitter and Facebook for all your pertinent TV news. Check out Liz and Ben’s Twitter feeds for more, more, more. Plus, don’t forget to listen to IndieWire’s other podcasts: Screen Talk with Eric Kohn and Anne Thompson, as well as IndieWire Influencers, hosted by Editor-in-Chief Dana Harris and featuring various guests relevant to anyone tracking independent film or the entertainment industry in general.

READ MORE: July 4 Weekend: 10 Best Binge-Watching Options And Where To Stream Them