The former distribution executive has directed the kind of movie he used to produce — and Philip Roth's novel comes to life. 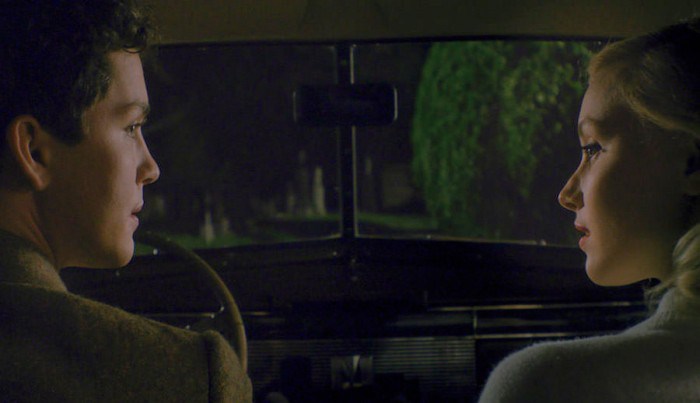 There’s a 15-minute scene at the center of “Indignation,” James Schamus’ adaptation of Philip Roth’s novel, that could work on its own as a short film. Marcus (Logan Lerman), a middle-class Jew sent to a heavily Christian college, confronts the school’s hawkish dean (Tracy Letts) about his anti-Semitic leanings. Their exchange unfolds as a mesmerizing power struggle, as the older, condescending overlord decries Marcus’ alleged sexual tryst with classmate Olivia (Sarah Gadon). With little more than escalating tones and a few well-timed camera angles, the scene shifts from awkward to unnerving and ultimately hilarious in its depiction of opposing ideologies in post-WWII America.

Above all, the scene says this: James Schamus is a real filmmaker.

Of course, anyone familiar with Lerman from roles as far-reaching as “Percy Jackson: Sea of Monsters” and “Fury” knows that he can command the frame. But Schamus, despite his pedigree, has something more to prove. The former Focus Features executive (and longtime Ang Lee accomplice) used to produce a kind of layered, character-driven cinema that few studios invest in today (choice Focus titles included “Brokeback Mountain” and “Eternal Sunshine of the Spotless Mind”). While Focus parent company Universal dropped Schamus after those films were deemed low-priority, with “Indignation,” Schamus resurrects the brand from behind the camera. At 56, he’s suddenly a director to watch.

“Indignation” doesn’t break any fresh ground, and at times plays more like a series of engaging moments than a cohesive whole, but its craftsmanship is impeccable. Rather than literally interpreting Roth’s work, it transforms the edginess, vitality and cultural inquisitiveness of his writing into a cinematic ride — no small feat, considering the material.

“Indignation” captures the elegance of its period with all the precision of a “Mad Men” episode, from the neatly tailored clothing to the diegetic tunes heard on the radio. The production design endows each scene with the rich browns of the posh wooden interiors where most of the action takes place. But Schamus, who also wrote the script, allows an edginess to pierce through the polished surface.

After Marcus clashes one too many times with his overbearing ultra-Orthodox father (Danny Burstein), the young man flees his insular New Jersey community for something radically different. Soon, he’s hanging with a pair of foul-mouthed roommates as they babble about music and girls to no end — while evading the advances of the Jewish fraternity his parents sent his way. But whether Marcus is himself a self-hating Jew or a secular mind in search of his own path remains unclear. Much of the movie’s entertainment value stems from the way Marcus — expertly portrayed as a petite, squirmy introvert at odds with himself — keeps trying to extricate his roots while retaining his individuality in another restrictive environment. In some ways, he’s an avatar for the stirrings of the sexual revolution, though Marcus’ awakening to the pleasures of the flesh happens on more intimate terms. On a whim, he connects with affable blond Olivia in the school library, and after a single date, she decides to give him an uninvited blowjob in his car. That decision sends Marcus careening into a contradictory mindset that brings the thematic issues of “Indignation” to the fore: No matter how much he wants to react against his upbringing, he’s trapped by the moral parameters that have shaped his understanding of the world.

Despite the exciting prospects of this challenge, “Indignation” settles into a more pedestrian conflict once Marcus’ judgmental mother (an acerbic Linda Emond) surfaces at the college and begins to meddle in his business. However, the movie is a gripping two-hander so long as it lingers on a central dynamic: The tale of a neurotic Jew and the shiksa who loves him. It’s nothing new, but Schamus’ command of the material gives it just enough heft to justify another go-round.

“Indignation” could have used more set pieces like that stellar 15-minute showdown; by its end, the narrative crumbles into a series of afterthoughts, not quite reaching the level of satisfaction hinted by so many strong ingredients.

But it never loses touch with its biggest idea — that the anxieties caused by cultural repression can be resolved, at least in part, by sex. On a broader scale, such a suggestion connects “Indignation” with the director’s Focus days. At their best, the studio’s movies emphasized the process of breaking through social boundaries to arrive at purer experiences. With “Indignation,” that legacy lives on.

“Indignation” opens theatrically in New York and Los Angeles on July 29, with more cities to follow.