There was even a special appearance by "Paul Shaffer." 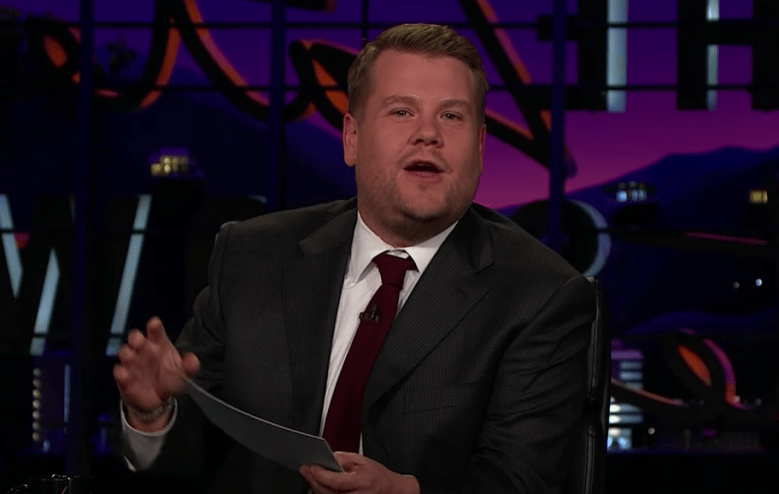 “The Late Late Show” host James Corden took a page out of Melania Trump’s playbook and did a little plagiarism of his own on Tuesday night’s show. Corden channeled David Letterman and his Top 10 list for a special segment where he looked at Melania’s possible excuses for plagiarizing Michelle Obama’s 2008 DNC speech.

“Melania claims she’s innocent. She had a lot of explanations, and we have them right here in our brand new segment,” Corden said. “You guys are gonna love this: It’s ‘The Late Late Show’ Top 10 List!”

The segment’s intro video, with the original “The Late Show With David Letterman” logo, were also changed with the additional “Late” added to the top. Corden started off by calling his bandleader, Reggie Watts, Paul, after Letterman’s sidekick Paul Shaffer, and kicked off the “Top 10 Excuses Melania Gave for Plagiarizing.”

His list included various hilarious excuses such as “I thought that was the speech every First Lady gave,” “I played Pokemon Go until five minutes before the speech. I kill koala bear. Is that not one?” and “I’m just like you, I didn’t think Donald would make it this far.”

If it wasn’t obvious that he, himself was copying an old segment, he listed “Who cares about plagiarizing? James Corden’s doing it right now,” as an excuse.

Check out the clip below: