North America's biggest Japanese film festival is about to have one of its best years ever. 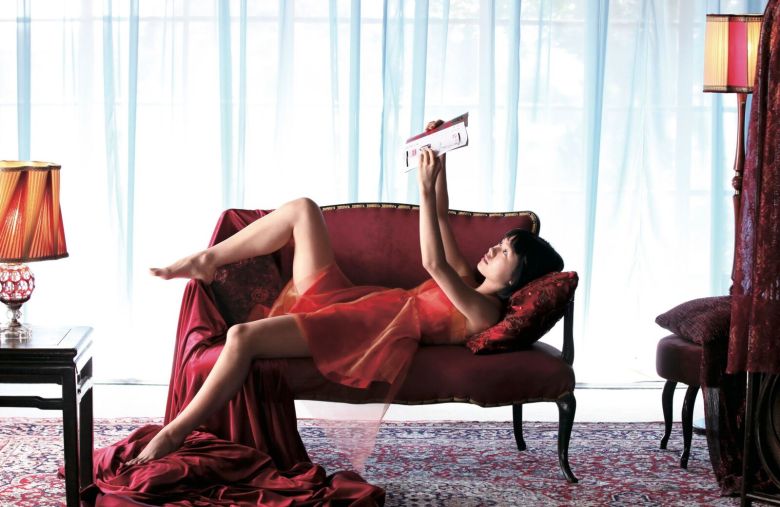 North America’s largest festival of new Japanese cinema, and pound-for-pound one of the most consistently rewarding film festivals on the planet, Japan Cuts grows more vital with every passing year. In part, that’s because Manhattan’s Japan Society has done a stellar job of cultivating a local audience, pouring resources into the annual celebration, and programming their slates in a way that appeals equally to cinephiles, otaku, and people who just want to see a movie about a guy who falls in love with his goldfish.

Unfortunately, Japan Cuts also grows more vital with every passing year because the domestic market for foreign film is withering away at a terrible rate, lowering the odds that you’ll ever get a second chance at seeing any of these exhilarating dispatches from the Land of the Rising Sun on the big screen.

This year’s fest, which runs from July 14 — July 24, further cements the idea that Japan Cuts is one of the city’s major annual events. The 2016 lineup is as diverse as any in the festival’s 10-year history, contrasting work from venerated masters (e.g. Yoji Yamada’s “Nagasaki: Memories of My Son”) against cruel stories of youth (like “Bakuman” and “Kako: My Sullen Past”) and hyper-pastiches that fall somewhere in between (“The Magnificent Nine”). The program has drifted away from schlock ever since Japan Cuts disassociated from the New York Asian Film Festival, but titles like “Lowlife Love” throw a bone to anyone looking for a bit of seediness. Classics like “Burst City” offer a glimpse at where Japanese cinema is coming from, while a trio of movies by (or about) unbridled madman Sion Sono provide a sense of where it might be going in the future.

So take a break from the multiplex, and check out Indiewire’s picks for the five must-see films at Japan Cuts 2016. To put it mildly, manga (which, for total newbies, is a popular style of Japanese comic books) is kind of a big deal in Japan. To put it more accurately, manga constitutes almost 40% of all published works in the entire country. That mind-blowing tidbit is but one of many details and factoids that are waiting to be gleaned from Hitoshi One’s electric “Bakuman,” a breathlessly paced coming-of-age comedy that latches on to two high school kids as they devote their lives to creating a serialized strip for manga bible “Shonen Jump.”

Itself adapted from a popular manga, the smartly-stylized film navigates the cutthroat industry while simultaneously telling the kind of story that has made the format into such a fundamental part of Japanese culture. Boasting an uncharacteristically villainous performance from rising star Shota Sometani (check out “Kabukicho Love Hotel”) and a groovy guitar score by rock band Sakanaction, “Bakuman” is essential viewing for anyone looking for a different kind of comic book movie. It wouldn’t be a Japanese film festival without a movie about an aging male writer (Ren Osugi) whose muse is a magically enchanted goldfish who transforms into a beautiful concubine (Fumi Nikaido) whenever he needs inspiration. Essentially “Ruby Sparks” meets “Splash,” this pervy rom-com gets more fun as it goes along, dipping a toe into feminism and diving headfirst into the fantastical as it one of the author’s ex-lovers enters the picture — naturally, she turns out to be a ghost.

Filled with giggling bits of PG-13 kink (“look for the slit then wet it with your saliva,” the girl tells the author when she needs help finding her fish tail), “Bitter Honey” only halfheartedly weighs the chauvinism of the traditional male writer’s process against the agency of a real woman, but it’s a weird, pretty wonderful time from start to finish. If some mad genius spliced “Akira” together with “Mad Max, “The Warriors,” and even a cyberpunk pinch of “Repo Man,” they might end up with something like Sogo Ishii’s 1982 “Burst City,” which Japan Cuts is bringing back to the big screen for no other reason than the simple fact that people need to know.

Opening like it was shot out of a cannon (with a flurry of shots that bridge the gap between Andrei Tarkovsky and Wong Kar-Wai), Ishii’s massively influential slice of mayhem is far more effective as a time capsule than it is as a coherent narrative, but all you really need to know is that several gangs of misfits are pissed about the nuclear power plant that’s being built on the turf. More important than the story is the shading that brings it to life, as Ishii shoots with the same anarchic energy that he captures in front of the camera. It’s a wild ride — sometimes to an unseemly degree — but whenever you lose the thread you can just close your eyes and enjoy an inventory of 1982’s finest Japanese punk music. Sion Sono is the great wild man of contemporary Japanese cinema, combining the visionary punk ethos of Nagisa Oshima with the prolificness of Takashi Miike. These days, any Japanese film festival would feel incomplete without his presence. Fortunately for us, that’s not a risk that Japan Cuts is willing to take. On the contrary, this year’s slate is absolutely drenched in Sono, the lineup highlighted by two of his features and topped with the North American premiere of a new documentary that takes you inside one of the movies’ most restless imaginations.

Up first is “The Whispering Star,” an uncharacteristically quiet Sono offering that finds him returning his attention to the aftermath of the 3/11 disaster. Meditative and haunted where his previous films about the tragedy (“Himizu” and “Land of Hope”) have been angry and anguished, this spare black-and-white fantasia follows an intergalactic android courier (Megumi Kagurazaka, Sono’s wife and frequent collaborator) as she lands in the ruins of Fukushima and looks for signs of life. On a lighter note, “Love & Peace” is a must-see frappé of everything that Sono holds dear. Skewering a bit younger than most of the filmmaker’s work, “Love & Peace” tells the story of a cowardly office drone whose only friend is a pet turtle named Pikadon. This being a Sion Sono movie, Pikadon grows into a massive kaiju, and our hero — who writes a love song about his reptilian friend — becomes a rock star. Deeply deranged happiness ensues.

Finally, “The Sion Sono” is absolutely mandatory stuff for the auteur’s fans. Directed by Arata Oshima, the intimate doc takes us inside Sono’s world as he starts production on “The Whispering Star,” one of the six films he finished in 2015. To call it “fascinating” would be an understatement. A rebel who owes his output to the idea that “quality makes people cautious,” Sono is both obvious and impenetrable. On the one hand, he’s exactly the guy you expect him to be (he drinks constantly, wears a t-shirt that says “Fuck Shit Bitch” and worships Lars von Trier). On the other hand, he’s a sensitive humanist, who wants to connect with the Western world, and fears that audiences can tell when his heart isn’t behind his work. Just don’t expect a clean answer as to how he does it — there isn’t one. “Kinema Junpo” is Japan’s oldest film magazine, but more than that it’s also the alpha and omega when it comes to determining the best of the country’s national cinema. Their annual prize for the year’s top film is a hugely prestigious seal of approval, with previous winners including the likes of “Ikiru” and “The Woman in the Dunes.” Last year, the award went to Ryosuke Hashiguchi’s “Three Stories of Love,” and it’s easy to appreciate why.

While unsurprisingly not quite on par with the masterpieces that the magazine has recognized in the past, Hashiguchi’s naturalistic drama is a worthy winner all the same, intertwining three stories of urban desolation into an epic poem of small heartbreaks in the big city. That may not sound like a fun night out, but “Three Stories of Love” delivers the lingering satisfaction of a good novel, bisecting Tokyo’s broken hearts in order to find that people are never as alone as they feel.