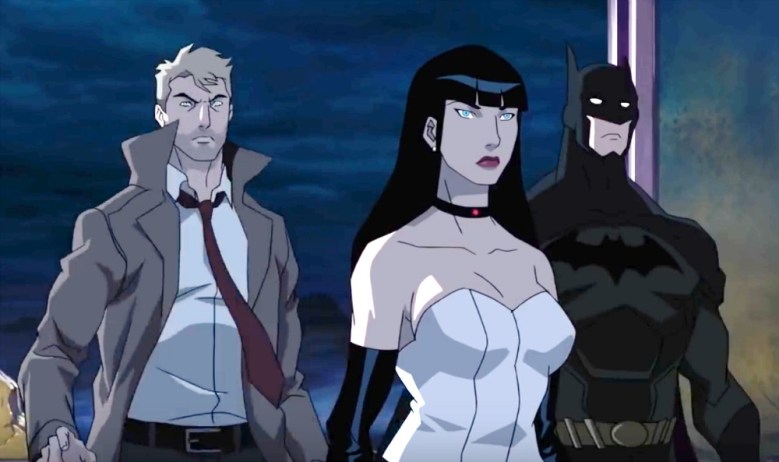 The eight-minute featurette for “Justice League Dark,” that is included in the special features for “Batman: The Killing Joke,” has just been released for fans to check out. The animated film is Warner Bros. Animation’s latest DC project and features the superhero team composed of John Constantine, Black Orchid, Etrigan, Zatanna, Deadman and Swamp Thing.

The Justice League Dark is a team that focuses on supernatural and magical threats, not related to the Justice League in anyway. However, in the video it does show that Batman, Wonder Woman, Superman, and Green Lantern will all be making brief special appearances. Though, Batman will play a larger role than any of the other Justice League supporting characters.

READ MORE: Review: ‘The Killing Joke’ Turns Batman Into a Bad Boyfriend And Might Wreck Your Childhood

The group was first seen in 2011 and handles situations deemed unfit for the traditional superheroes. In 2012, rumors circulated that Guillermo del Toro was in talks to direct a live-action adaptation of the dark supernatural characters. The speculations were ultimately debunked and since has been made into an animated feature.

“Justice League Dark” will be released later this year.

This Article is related to: News and tagged DC Comics, Justice League Dark