Series creator Michael Lannan, Jonathan Groff and more discuss what's in store for their characters in "Looking: The Movie." 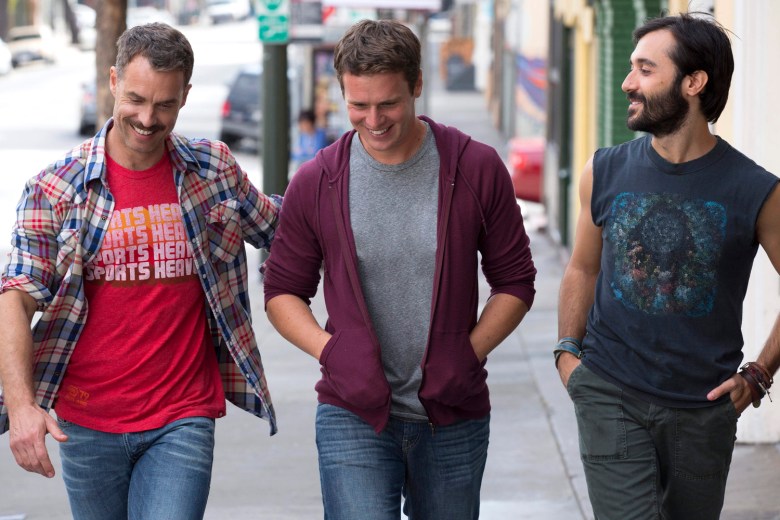 In 2015 the HBO series “Looking” was cancelled after two seasons. Now, the cable network is reuniting the cast for a special titled “Looking: The Movie,” to conclude the stories of the characters that fans loved. The first trailer for the film was released last month, and now a new featurette shows the cast members talking about what’s to come.

“Getting the opportunity to close the stories with a film feels really right,” says Jonathan Groff who portrayed Patrick. Created by Michael Lannan, the drama centered on three gay men living in San Francisco, Patrick, Agustín (Frankie J. Alvarez) and Dom (Murray Bartlett). Although the series received positive reviews, its low ratings resulted in not being renewed for a third season.

The movie picks up nine months after we last saw the characters. Patrick moved away during that time and is now returning to the city for a friend’s wedding.

“He’s sort of our thread throughout the world, and we get to see all the other characters and check in with their stories and their lives riding on his shoulder,” Lannan says in the featurette.

“When I read the script, I just cried my eyes out at the end, and there’s some very exciting events that are happening ” says Tovey. “It’s beautifully written and it’s incredibly moving – and it’s real.”

READ MORE: The Journey to Self-Acceptance: Why HBO’s ‘Looking’ Is One of the Most Important Shows on TV

“Looking: The Movie” will premiere Saturday July 23 at 10pm ET on HBO.

This Article is related to: Television and tagged Jonathan Groff, Looking