Male filmmakers will be featured in a sidebar: "Men Make Movies —The Struggle Continues." 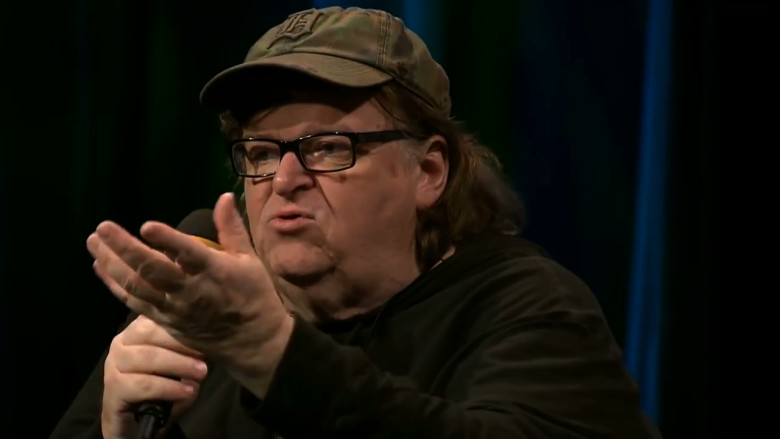 This year, Michael Moore will use his Traverse City Film Festival to throw down the gauntlet for women filmmakers. The official selection — not the sidebar, not a spotlight — is comprised of 32 films, and every one is directed by a woman.

“Every film in our Official Selection (US), fiction and nonfiction, is directed or co-directed by a woman,” Moore told IndieWire in an email. “And they’re all incredible movies. As an expression of tokenism usually reserved for women, I am bringing five films by American men in a sidebar called, ‘Men Make Movies —The Struggle Continues.'” There are other movies in the lineup directed by men, of course, whether foreign or classic.

At Moore’s behest, for the first time I am heading out to check out this year’s Traverse City Film Festival (July 26-31), which is run by Moore and brainy board member filmmakers Mark Cousins, Terry George, Christine Lahti, Jeff Daniels, Larry Charles, and Moore collaborator Tia Lessin, among others. “The audience is being ripped off not getting to see the stories told by the majority gender,” Moore wrote me. “This is my small attempt to shake things up.”

How could I resist? And it’s no surprise that built into the TCFF schedule is a standout live event: Hillary Clinton’s Democratic Convention acceptance speech. I belong to one of the most “liberal” industries in the US—the movie-making business—and we have managed for all of our 100+ years to virtually shut out and shut up the 51% of the population who are women. It is not lost on me that I work for a hierarchy that benignly sees to it that the majority gender does not get to tell their stories.

Let me state an uncomfortable truth. While I acknowledge that I’ve been blessed with certain talents for making the movies I’ve made, I am well aware that, as a white male, I’ve also been able to succeed on an obscenely uneven playing field that makes it much easier for me to walk through the studio gates and into the offices of bankers and funders because of my gender and my race. That’s just a simple fact.

And this rigged system continues uninterrupted when those of us who benefit from our “white male privilege” do not acknowledge it openly, do not rock the boat that has served us so well, do not rail against the obvious and thus remain complicit through our obedient silence. This tidy little arrangement keeps women—and people of color—in their place: on the outside looking in, with only a rare token seat for them at the table. (That seat, by the way, is occasionally there thanks to the indie and documentary worlds, where “only” 75% of the films are directed by men.)

It’s no surprise to me that attendance in theaters continues to drop. Most of you, I’m guessing, have little interest in seeing the same old tired batch of derivative, dumbed-down, sequel-saturated retreads that open each Friday at the local multiplex. If it’s the same group of filmmakers that keeps telling the same group of stories over and over again, it’s bound to get pretty boring. Don’t you wonder what the movies might look like if we got to watch stories from the majority of the population? Are we ever better off locking out any group of people from any activity? Have you ever seen what a basketball game looked like when a certain race was prohibited from playing it? Go online and watch a clip from any NBA game of the 1950s and try not to laugh. It’s weird and it’s wrong.

Hollywood’s refusal to pass the camera (and the funding) over to women and people of color so that they can tell their stories is the reason your choices this summer at the cine-mall are between “Fast and Furious Transformers: The Apocalypse” and “Buddy Comedy Road Trip to the Gods of Egypt 6.” Don’t you want to do something about that?

In our 12 years, the Traverse City Film Festival has remade and revolutionized the concept of what a film festival could be. We’ve also built two movie palaces in TC that are unlike any others in this country (and we’ve helped other Michigan theaters follow our lead). We’ve done this right smack in the middle of “nowhere.” And people elsewhere have taken notice. Who would have thought that a place called Traverse City could impact our beloved American populist art form, the cinema? You—we—did this.

Will you join me in making history with our film festival this year, right here in our 21st century experiment of what a Midwestern town could look like if the artists and the open-minded were allowed to create something new? This Article is related to: News and tagged Michael Moore