Among other roles, she played Gertrude Vanderworth, the dying elderly wife of Lex Luthor, in "Superman Returns." 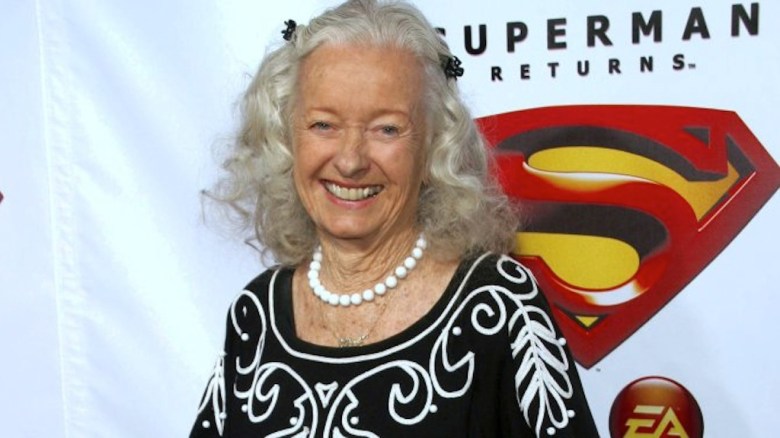 Noel Neill, the first actress ever to play Lois Lane on the silver screen, died Sunday July 3rd at age 95 after a long illness. Her death was confirmed by her manager and biographer Larry Ward.

READ MORE: ‘Batman v Superman’ is a Mess, But Who’s to Blame? (Podcast)

Born in Minneapolis, Minnesota, Neill began her show business career when she was in her teens singing and dancing at local county fairs. She was also a widely popular model as a teenager before signing a contract with Paramount Pictures, which led to appearances in over 40 films. In 1948, Neill was cast as Lois Lane in the 1948 film serial “Superman” opposite Kirk Alyn who played the superhero; they both reprised their roles for the 1950 serial “Atom Man vs. Superman.”

In 1952, “The Adventures of Superman” was set to hit TV, with George Reeves and Phyllis Coates in the Superman and Lois Lane roles. After the first season was filmed, Coates left the series citing other commitments and Neill jumped into the role for the remainder of the series. In 1958, the series was cancelled.

After “The Adventures of Superman,” Neill continued to be involved with many Superman-related projects and was a regular appearance at conventions and college campus talks. She made an uncredited cameo in the 1978 film “Superman” as Lois Lane’s mother Ella, and played Gertrude Vanderworth, the dying elderly wife of Lex Luthor, in Bryan Singer’s 2006 film “Superman Returns.” She also made a guest appearance in the 2004 independent film “Surge of Power: The Stuff of Heroes” as “Aunt Lois.”