The film will hit theaters on September 16th from Lionsgate Premiere. 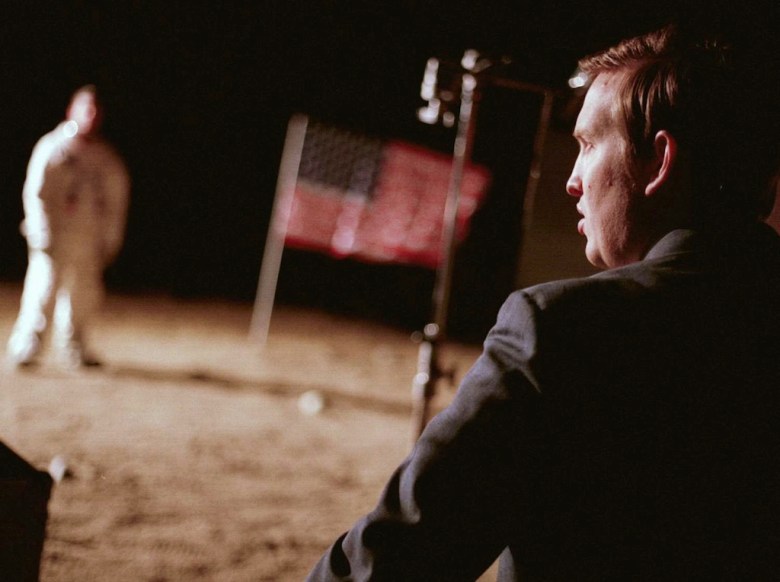 One of the most persistent conspiracy theories is that the United States government faked the moon landing in an attempt to beat the USSR in the propaganda wars. Now, there’s a new alt-history found footage film that takes us behind the scenes of such a debacle. found Set in 1967 at the height of the Cold War, “Operation Avalanche” follows two members of the CIA’s A/V team, Matt (Matt Johnson) and Owen (Owen Williams), who are investigating director Stanley Kubrick and his film “Dr. Strangelove” when they discover their employers are sending an agent into NASA to hunt down a Soviet mole. Matt and Owen volunteer for the job saying that they’ll pose as documentary filmmakers making a movie about NASA to suss out the mole. But when they arrive, they find out that NASA is much farther away from landing on the moon than promised and are worried that they won’t be able to make President Kennedy’s deadline of decade’s end. So Matt and Owen concoct a crazy plan that just might work: They’ll fake the landing. Watch the trailer for the alt-history documentary below.

The film is directed by Matt Johnson, who co-wrote the script with Josh Boles. Johnson previously directed “The Dirties,” about two high school best friends who make a film about getting revenge on school bullies only for one of them to take it more seriously than the other.

“Operation Avalanche” premiered at this year’s Sundance Film Festival before going on to screen at South by Southwest in March and will screen Montreal’s Fantasia Festival next week. It will hit theaters on September 16th from Lionsgate Premiere.

This Article is related to: News and tagged Matt Johnson, Operation Avalanche