TCA: "Rectify" is about to begin its final season, whether we're ready to say goodbye or not. 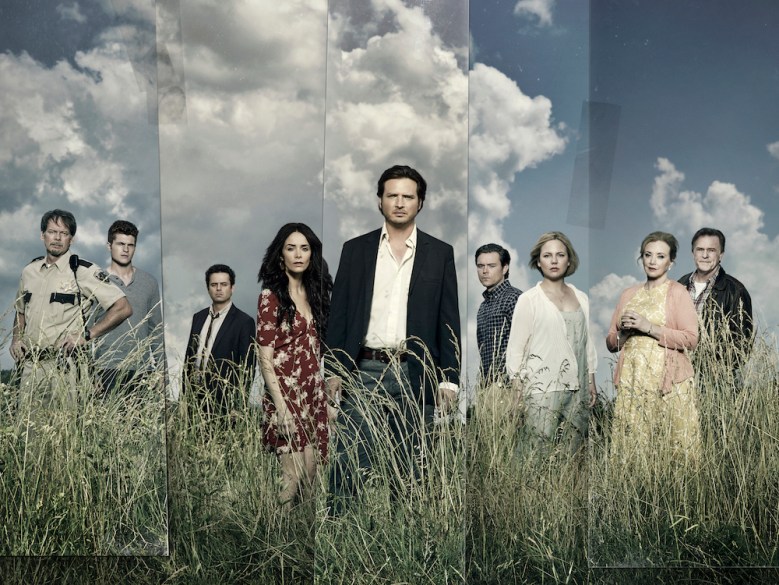 SundanceTV’s first original scripted series is coming to a close, and the beginning of the end will commence October 26 at 10pm. “Rectify” will wrap a brilliant run after airing eight episodes in its hotly-anticipated final season.

Ray McKinnon’s brilliant exploration of existential meaning through the lens of a convict who nearly lost his life — justly or unjustly — got the spotlight treatment from its proud network papa, as SundanceTV gave its entire time at the TCA press tour to their critical darling. McKinnon and the cast — including Aden Young, Abigail Spencer, Clayne Crawford, Adelaide Clemens and more — teased what the ending might look like as the series enters its final season.

“We’re going to reveal in the first episode that he killed her,” McKinnon joked, after being asked if we’d ever find out whether Daniel Holden (Young) actually committed the crime he was first accused of.

“I wish you would’ve told me,” Young quipped.

“There’s that issue,” McKinnon said, seriously. “And hopefully by the end of the season, it will leave you — in a ‘Rectify’ way — satisfied. Maybe some will be and some won’t, but we’re going to address it in some way for sure.”

“I didn’t think Ray was ever going to tell me,” Young said, noting how it was one of the first questions he asked when the show began. “I should’ve said, ‘Did he do it or not?’ But I didn’t. I said, ‘Are you going to tell me if he did it or not?’”

“[But] it wasn’t ever my focus to look at his pure guilt or innocence,” Young added. “It was how this man impacted this town and this family and how his choice affected these lives in one way or another.”

The trailer (below) recalls some of that emotional first season imagery before cutting forward to Daniel’s present predicament (Season 3 spoilers ahead): After being banished from his hometown of Paulie, GA, Daniel finds a place to stay in a halfway house populated by other ex-convicts. McKinnon said he goes through a reclamation project based off of a real program in Nashville — called Project Return — designed to help former prisoners.

McKinnon wanted to address one major question in the final season, and it may not be what you expect: “Can Daniel become himself? Not who he could’ve been, but whoever he is now.”

“Part of what we tried to do in the show is — in a skewed way — reflect what life is,” McKinnon said.

We’ll find out just how skewed starting October 26. “Rectify” Season 3 will be available on Netflix beginning August 1. Watch the trailer for the final season below.