The how-to is out today from Twelve Books. 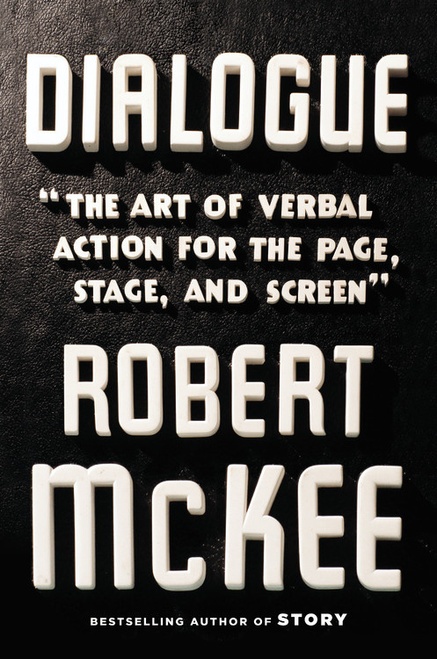 Robert McKee literally wrote the book on screenwriting — or one of them, at least — and though many scribes find his how-to guide more stifling than inspiring, there’s little denying his influence. (Charlie Kaufman even parodied him in “Adaptation.”) McKee’s new book “Dialogue: The Art of Verbal Action for Page, Stage, and Screen” is out today, and Indiewire has been provided with an excerpt from his follow-up to “Story.” Read it below.

Talk, more than any other trait, expresses our humanity. We whisper to lovers, curse enemies, argue with plumbers, praise the dog, swear on our mother’s grave. Human relationships are in essence long, long talks into, around, through, and out of the entanglements that stress or bless our days. Face‐to‐face talk between family and friends may go on for decades, while self‐to‐self talk never ends: A guilt-ridden conscience scolds unconscionable desires, ignorance ridicules wisdom, hope consoles despair, impulse mocks caution, and wit laughs at it all as the inner voices of our best and worst selves argue to our last breath.

Over decades, this downpour of talk can drain words of their meaning, and when meaning erodes, our days shallow out. But what time dilutes, story condenses.

Authors concentrate meaning by first eliminating the banalities, minutia, and repetitious chatter of daily life. They then build their tellings to a crisis of complex, conflicting desires. Under pressure, words fill with connotation and nuance. What a character says in the face of conflict radiates the  meanings hidden beneath her words. Expressive dialogue becomes a translucency through which readers and audiences perceive thoughts and feelings shadowed in the silence behind a character’s eyes.

Fine writing turns audiences and readers into virtual psychics. Dramatized dialogue has the power to unite two unspoken realms: the inner life of a character and the inner life of the reader/audience. Like radio transmitters, one subconscious tunes to another as our instincts sense the churnings within characters. As Kenneth Burke put it, stories equip us to live in the world, in intimacy with others, and, most importantly, in intimacy with ourselves.

Authors give us this power through a series of steps: First, they create those metaphors for human nature we call characters. Next, they dig into the characters’ psychologies to unearth conscious wishes and subconscious desires, those longings that impel inner and outer selves. With this insight in hand, writers clash the characters’ most compelling desires into flashpoints of conflict. Scene after scene, they interlace their characters’ actions and reactions around turning points of change. In a last step, authors let their characters speak, but not in the repetitious monotones of the everyday, rather in the demi-poetry known as dialogue. Like an alchemist, a writer mixes and molds concoctions of character, conflict, and change, and then gilds them with dialogue, transforming the base metal of existence into the burnished gold of story.

No matter how lavish a play’s production, how vivid a novel’s descriptions, how lush a film’s photography, character talk shapes the deepest complexities, ironies, and innerness of story. Without expressive dialogue, events lack depth, characters lose dimension, and story flattens. More than any other technique of characterization (gender, age, dress, class, casting), dialogue has the power to pull a story up through life’s multilayered strata, thus lifting a merely complicated telling into the full array of complexity.

READ MORE: The Not-So-Secret Formula Behind Every Hollywood Movie

Do you, like me, memorize favorite lines? I think we learn dialogue passages by heart because reciting them again and again not only re‐inspires the vivid word- pictures they paint, but in the echoes of the character’s thoughts we hear our own:

Creeps in this petty pace from day to day,

To the last syllable of recorded time,

And all our yesterdays have lighted fools

The way to dusty death.

— Macbeth in The Tragedy of Macbeth

Towards thee I roll, thou all- destroying but unconquering whale; to the last I grapple with thee; from hell’s heart I stab at thee; for hate’s sake I spit my last breath at thee.

Not that there’s anything wrong with that.

Like these four characters, each of us has suffered the scald of irony, that flash of insight into what the world has done to us, or worst yet, what we have done to ourselves, that double- edged moment when life’s joke is on us and we don’t know whether to grin or groan. But without writers to marinate these ironies in words, how could we savor their delicious distaste? Without the mnemonics of dialogue, how could we hold these paradoxes in memory?

I love the art of dialogue in all its variety. Moved by that amity, I have written Dialogue: The Art of Verbal Action on Page, Stage, Screen to explore the crowning act of story-making: giving voice to your characters.”

This Article is related to: News and tagged Screenwriting