The film will be released on November 23rd. 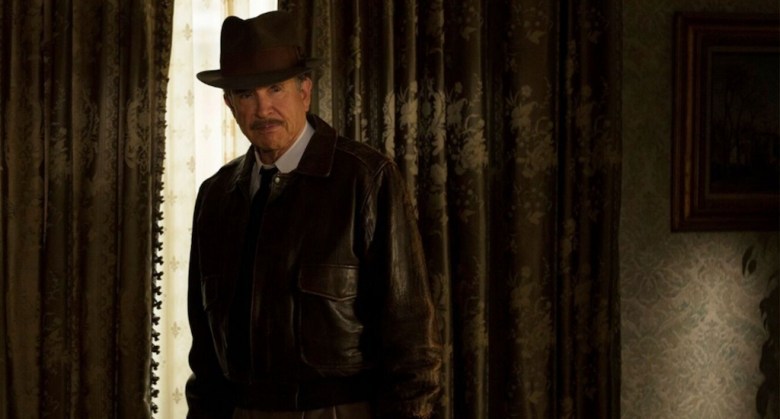 Warren Beatty’s new romantic comedy “Rules Don’t Apply” follows an aspiring actress, a lovable driver, and the eccentric Hollywood legend Howard Hughes (played by Beatty himself) as they struggle with each other’s own idiosyncrasies. Set in Hollywood in 1958, small town beauty queen and Baptist virgin Marla Mabrey (Lily Collins) arrives to Los Angeles to work under Howard Hughes. At the airport, she meets her driver Frank Forbes (Alden Ehrenreich), a religious Methodist who’s engaged to be married to his middle school sweetheart. Soon they fall for each other, and their attraction puts their respective religious convictions to the test, and also places them in violation of Hughes’ #1 rule: No employee will have a relationship with a contract actress. But as Hughes’ behavior becomes more erratic and strange, it intersects with Marla and Frank’s lives in challenging, compelling ways, leaving no one unchanged. The film also stars Alec Baldwin (“Glengarry Glen Ross”), Haley Bennett (“Hardcore Henry”), Annette Benning (“The Grifters”), Candice Bergen (“Murphy Brown”), Matthew Broderick (“Ferris Bueller’s Day Off”), Steve Coogan (“The Trip”), Ed Harris (“Apollo 13”), Megan Hilty (“Smash”), Oliver Platt (“The Ice Harvest”), and Martin Sheen (“Apocalypse Now”). Watch the film’s trailer below.

“Rules Don’t Apply” will be Warren Beatty’s fourth directorial effort and his first since 1998. His first film “Heaven Can’t Wait,” about a backup quarterback who’s accidentally taken from his body prematurely and returns to life in the body of a recently murdered millionaire, was released in 1978. His next film “Reds,” the epic historical drama following John Reed, the journalist and writer who covered the Russian Revolution, entered theaters in 1981. After that, Beatty made “Dick Tracy,” a film based on the 1930’s comic strip character of the same name, in 1990, and finally, his last film was “Bulworth,” a political satire about a disillusioned California politician who hires an assassin to kill him and takes the opportunity to freely speak his mind during his reelection campaign.