TCA: Grandmaster Flash and other hip-hop pioneers lent their expertise to the series. 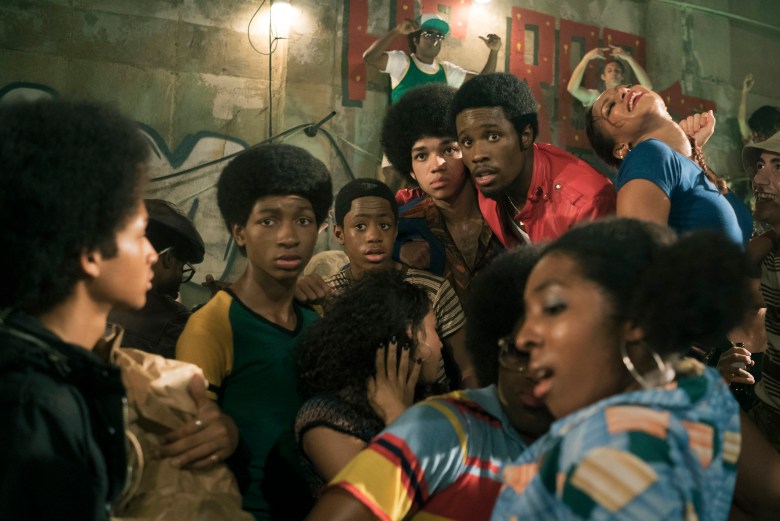 Australian filmmaker Baz Luhrmann wasn’t the only person on set who had to get schooled on hip-hop for his Netflix musical drama “The Get Down.”

Its young stars, including “Dope” breakout Shameik Moore, had to relearn what hip-hop is in the context of 1970s New York, when the drama takes place. Moore, who is a rapper, singer and dancer in his own right realized that all of his moves were wrong for the period.

The show created a hip-hop bootcamp where world-renowned choreographers and brothers Rich and Tone Talauega recruited B-boys Phantom and SAMO to teach Moore how to breakdance. The lessons were all-encompassing: “The thing about the show is not just acting,” said Jimmy Smits at the Television Critics Association press tour Wednesday. “The had to relearn hip-hop, how to stand, how to move —“

“— how to hold a mic,” chimed in music and culture writer Nelson George. “There was a spot Baz called dojo. There was a section on how to do The Hustle, Mamoumdou [Athie] was trained very brutally by Grandmaster Flash on how to be a DJ.”

Moore plays an aspiring DJ called Shaolin Fantastic – who is mentored by Athie’s character, a fictionalized version of Grandmaster Flash. The original hip-hop pioneer himself is one of the many advisers on the series hired to give Luhrmann and the young stars authentic insights into the period.

“If hip-hop was a cake, I cannot tell you how many people took a slice of that cake,” said Flash.

“I can tell you about the recipe… I am one of the bakers. When we did it in the ‘70s, we didn’t shoot it, we didn’t record it… I’ve been trying to tell this forever and ever and ever. That Baz wanted to do this was a blessing. Nobody wanted to tell the story.”

“The Get Down” also stars Justice Smith, Herizen Guardiola, Yahya Abdul Mateen II, Jaden Smith, Jimmy Smits and Giancarlo Esposito. The first six episodes of its 13-episode season will be released on Aug. 12 on Netflix.

This Article is related to: Television and tagged Shameik Moore, TCA 2016, The Get Down