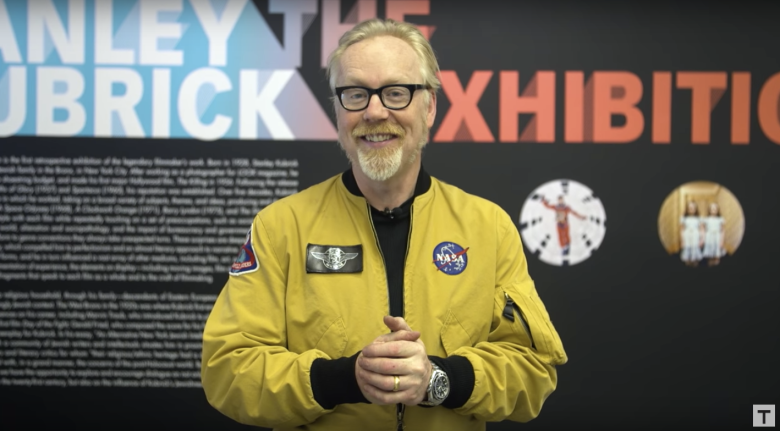 Now that he’s entered the post-“Mythbusters” phase of his career, Adam Savage has more time to pursue passion projects. That includes a third pilgrimage to the traveling Stanley Kubrick Exhibition, currently in residence at the Contemporary Jewish Museum in Savage’s hometown of San Francisco, which he’s documented for his YouTube endeavor Tested.

The visit marks his third time to the exhibit — he first saw it at LACMA in Los Angeles, then again in Toronto — and Savage proves an expectedly knowledgeable unofficial tour guide as he roams its halls. He discusses the camera made specifically for “Barry Lyndon” (which won an Oscar for its cinematography, which relied heavily on candles and used no artificial light for its interior scenes), his experiences working on “A.I. Artificial Intelligence” during his time at Industrial Light and Magic and the Moon-Watcher ape costume from “2001: A Space Odyssey.”

This Article is related to: News and tagged Adam Savage, Stanley Kubrick