Has CBS — in one expert's words — "declared war" on "Star Trek" fans? It's complicated. 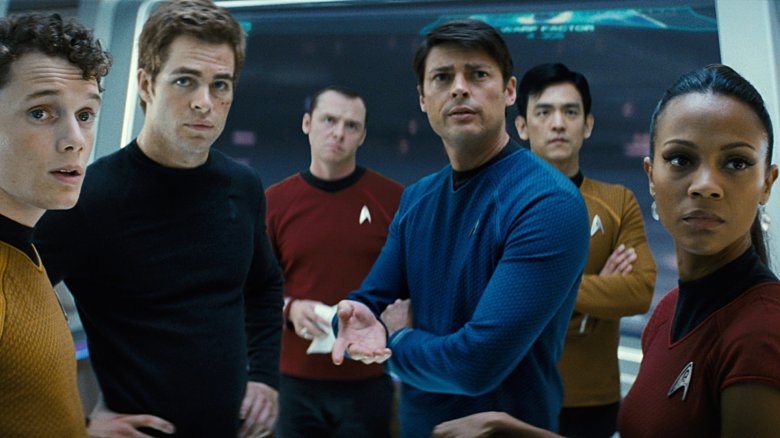 As of September 8, “Star Trek” will have officially been a part of American pop culture for 50 years, and it has one of the most robust and passionate fandoms in pop culture history. Fandom is basically a synonym for love — and “Star Trek” is currently in the process of telling some fans how to express their love.

How One Fan Film Set Things Off

In May 2016, one of the nerdiest things ever written was filed with the United States District Court. In a ruling by Judge R. Gary Klausner, His Honor declared that a lawsuit filed by Paramount Pictures and CBS Studios should proceed, because:

“Although the Court declines to address whether Plaintiffs’ Claims will prosper at this time, the Court does find Plaintiffs’ claims will live long enough to survive Defendants’ Motion to Dismiss.”

This followed many pages of deliberation as to whether a “Star Trek” fan project known as “Axanar” had infringed upon specific aspects of Paramount and CBS’s copyright. It was all part of an ongoing legal battle that began in December 2015, when CBS and Paramount sued the “Axanar” production, largely over a Kickstarter campaign that had raised over a million dollars for production of an unauthorized, ongoing series based in the “Star Trek” universe.

Because the “Axanar” suit is in active litigation right now, both CBS and “Axanar” representatives turned down multiple requests to speak on the record. But a high-profile lawsuit over a project that clearly puts CBS and Paramount in a David v. Goliath-esque battle isn’t great press for “Star Trek,” and J.J. Abrams and Justin Lin recently became heroes for the little guy by promising that they were urging for a settlement to the “Axanar” suit. Negotiations are still in progress there, but in the meantime, other little guys were given some guidance as to how they might play in the “Star Trek” universe without being sued. At the end of June, the official “Star Trek” website published a series of guidelines (guidelines is an important word here, we’ll get back to that) for people wishing to make their own fan films. You can read the full list here — some of the most important stipulations are:

While CBS declined to comment or answer IndieWire’s questions regarding these guidelines, it did offer up some direct communication with fans. After the announcement, CBS’s John Van Citters spoke with journalist Jordan Hoffman on the official “Star Trek” podcast “Engage,” and in their hour-long conversation, Van Citters emphasized that these are “guidelines” — i.e., not hard and fast rules. He also clarified that the reason for their existence was to let fans know what parameters they should consider, if they wished to get involved.

While not officially linked to the “Axanar” suit and resulting drama, the guidelines certainly include some pointed elements, especially the focus on crowdfunding campaigns and what is and isn’t permitted. It was crowdfunding campaigns, Van Citters said, where real “abuses” were taking place when it came to the “Star Trek” brand.

And in the end, it’s all about the brand. Van Citters repeated two themes over the course of the podcast: “Star Trek” deserves respect, and “Star Trek” needs to be protected. After all, Van Citters’ job is to evaluate any potential material that might be associated with the “Star Trek” brand, ensuring that nothing subpar or damaging might be associated with it. (It’s no different than Disney making sure sub-par or inappropriate Mickey Mouse merchandise, for example, doesn’t hit the marketplace.)

This is notably one of the few times that a major pop culture franchise has provided an idea of best practices for fans who want to make their own works within that universe — especially visual works like an actual fan film, which could be seen as competition for the officially produced works CBS and Paramount have planned to roll out over the next year. (Lucasfilm has run a semi-regular contest for “Star Wars” fan films since 2002, but the rules for entries there are even tighter than CBS’s for “Star Trek.”)

But in reality, what does this mean for fan films?

“A Declaration of War”

In general, the guidelines haven’t really pleased anyone on the fan side of things. USC Annenberg School for Communication and Journalism’s Henry Jenkins, a media studies professor with decades of experience examining fan culture, told IndieWire via email:

“Despite a warm and fuzzy prelude, the Fan Film Statement is apt to be read as a declaration of war on fan filmmakers. These guidelines are anything but ‘reasonable’ in that I can’t think of any currently available fan films that would come anywhere near meeting the expectations here and the guidelines would prohibit many forms of practice that would be explicitly protected under current understandings of Federal law regarding parody and transformative use.”

As just one example of how these guidelines seem misguided — “depictions of drugs, alcohol, tobacco, or any harmful or illegal activity” are on the no-no list. That rules out any tributes to one of the greatest on-screen bar fights of all time: Scotty versus the Klingons in “The Trouble With Tribbles.” Here’s a clip (officially uploaded, by the way, to the CBS YouTube channel). It’s a bar fight that’s so good, it inspired an officially licensed beer, just announced for the 50th anniversary. You can buy the “Tribbles”-inspired beer in stores next week, but you can’t show anyone drink it on screen.

The reason that these are “guidelines” is that CBS is not officially vetting fan films, or nitpicking every project that might be made going forward. The idea is that if fan filmmakers want to avoid upsetting the company and its lawyers, they just need to understand the basic spirit of these rules. (Also, it’s important to note that according to Van Citters, any fan film currently online should consider itself safe — these restrictions only apply to new projects going forward.)

That said, at least one project isn’t taking its chances. The series “Renegades,” currently in production, stars former “Trek” actors including Walter Koenig, Tim Russ, Nichelle Nichols, Terry Farrell, Robert Picardo, Robert Beltran, Cirroc Lofton and Aron Eisenberg — who would not be allowed to be involved, per the new guidelines. It is also deliberately meant to be an ongoing series, not a story limited to 30 minutes.

That’s why the creators have decided to shed the “Star Trek” trappings and be completely independent: “‘Renegades,’ from the get go, was designed to be transformative… not derivative,” they wrote on their official site. “Thus, with very minor changes to our script, we have eliminated all of the ‘Star Trek’ references.”

Van Citters characterized one motivation for these rules as a desire to level the playing field for fan productions — so that a fan film that wasn’t able to get former “Trek” cast members wasn’t disadvantaged in comparison. But was that ever really a concern? Are fan films really in competition with each other? And also…

Does Anyone Really Own “Star Trek”?

The answer to that, of course, is yes. CBS and Paramount own the rights to the franchise.

But to understand just how alive a thing “Trek” culture can be, take the Klingon language. Created by linguist Marc Okrand in 1982 for “Star Trek: The Wrath of Khan,” Klingon has become a real dialect — you can not only buy “The Klingon Dictionary” in stores, but many other books, including “Hamlet,” the “Restored Klingon Version.”

These books are the intellectual property of Paramount, but as Okrand said in a recent interview, “If you pick up a copy of Webster’s dictionary, it’s copyrighted. It doesn’t mean every word in the book is copyrighted… And it’s the same thing with the Klingon dictionary.”

There are legitimately people in the world who can be said to speak fluent Klingon, for the same reason that calling someone a “Vulcan” never requires explanation. “Star Trek” is something bigger than copyright — something driven entirely by the passion of fans, especially during the franchise’s leaner years.

It’s a constant theme of coverage when new people are brought to the franchise — the need to state the fact that, like “Star Trek Beyond” director Justin Lin, they’re “lifelong fans.” (Von Critters, when introduced on the “Engage” podcast, spent some serious time talking about how he grew up watching “Trek” in the 1970s before clarifying his current role at CBS.)

Von Critters wants to protect the “Trek” brand, but does it really need protecting? There’s something so nebulous about “Star Trek,” about the power it has over us. Perhaps that’s due to the fact that it’s got so many facets to it. Just on the screen, you have the original NBC series, the original films, “The Next Generation” and other spin-off series, the J.J. Abrams-directed reboot and now the upcoming CBS All Access series produced by Bryan Fuller. Add to that legions of books and video games and comics, and it’s more than a franchise — it’s a universe, one that’s always nurtured fan creativity.

“Trek” fandom will survive the fan film guidelines, and perhaps the guidelines will lead to a new generation of fan works, as creators who might have once avoided playing with someone else’s intellectual property find themselves inspired to give it a shot. But there’s one simple truth to all of this: Telling people how to love something is no way to nurture that love.

This Article is related to: Television and tagged CBS, Star Trek