Boyega is "done" and the curious case of the mysterious "R." 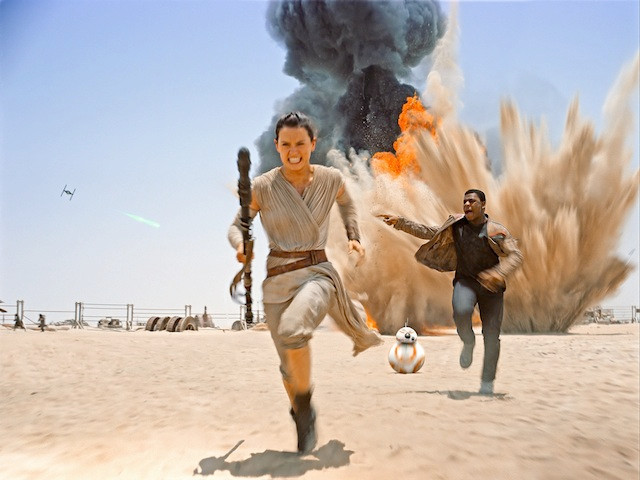 Last week, Mark Hamill revealed that “Star Wars: Episode VIII” would wrap filming on July 22, and now it’s looking like the end is near for the Rian Johnson-directed action flick.

While details of the eighth installment of the “Star Wars” saga have been kept under wraps, it’s always nice to get a little tease of what’s going on behind the scenes of the movie.

Johnson and star John Boyega shared some new insights and images on their Instagrams to keep fans updated on the film. On Boyega’s end, the actor who portrays Finn has (presumably) officially finished filming his part. He posted a black and white image of him jumping up with the caption, “Done!”

Another cast member who has also wrapped filming on “Episode VIII” is C-3PO, Anthony Daniels.

Sad yesterday. I wrapped on Ep VIII. Thanks to ALL the team especially David & Joe, Kathy & Ram, Jamie & of course RIAN. I have loved it. XX

Johnson, on the other hand, is still hard at work. The helmer posted a handful of shots from the soundstage, of armor or props and a mysterious R, that many are speculating stands for Rey or “Reign of Ren.”

Check out  the images below.

“Star Wars: Episode VIII” is scheduled to arrive in theaters on December 15, 2017.