This is the filmmaker's first Korean film since 2010's "I Saw the Devil." 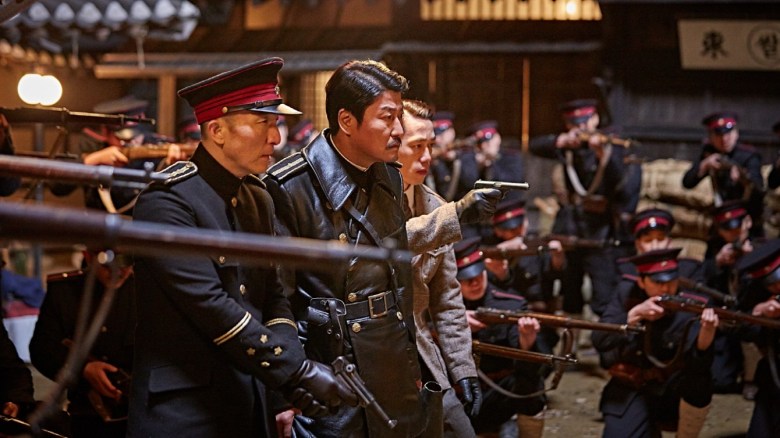 “The Age of Shadows”

The first trailer for Kim Jee-woon’s first Korean film in six years, “The Age of Shadows,” has just been released.

A dark period action flick, the movie is set in the late 1920s and stars Song Kang-ho, Gong Yoo and Han Ji-min. The story follows the Heroic Corps, an anti-Japanese independence organization that fought back against the Japanese occupation of Korea. Song plays a Korean-born Japanese police officer who was previously in the independence movement himself and is torn between the demands of his reality and the instinct to support a greater cause. Gong Yoo stars as the leader of the Korean resistance group.

While the trailer has no English subtitles, the video highlights the stunning visuals and the film’s dark and suspenseful moments.

The movie is the first produced and presented in Korea by Warner Bros. Finecut picked up international rights to the film back in April.

The filmmaker’s last directorial effort was the 2013 Arnold Schwarzenneger feature, “The Last Stand.” His last Korean film was the thriller “I Saw the Devil,” released in 2010.

“The Age of Shadows” will be released in Korea in September, no US released date has been announced at this time.

This Article is related to: News and tagged Kim Jee-woon