Lopez and Miranda performed "Love Make the World Go Round" Monday in front of an audience at NBC's "Today." 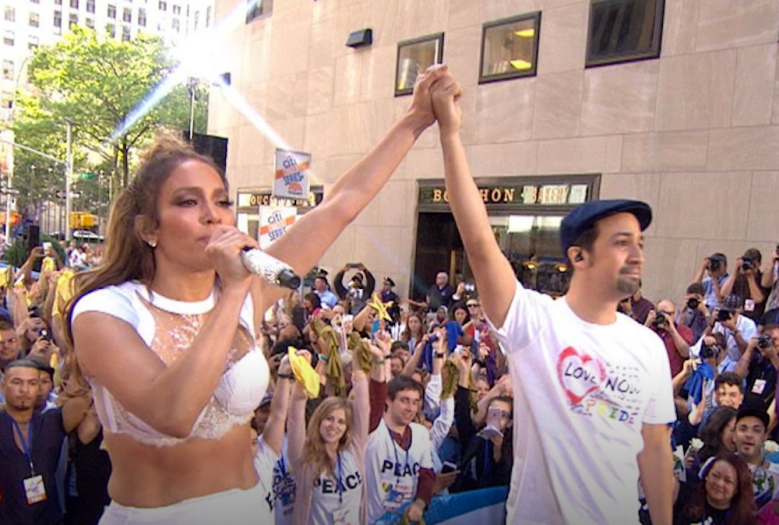 Jennifer Lopez and Lin-Manuel Miranda turned tragedy into something positive last week by releasing “Love Make the World Go Round,” a tribute to the victims of the Orlando shooting and their families.

On Monday, Lopez and Miranda performed the song live for the first time in front of an audience at NBC’s “Today.” The performance was attended by 50 survivors and family members of the Orlando shooting. “The world needs this right now — the world really needs the message of love being the answer,” Lopez said. “That’s what really matters and that’s what makes the world go ’round, and nothing else. Hate, anger — it’s not going to get us anywhere.”

Monday marked the second day of Miranda’s post-“Hamilton” career. The star and creator of the hit musical turned out his final performance on Saturday night. Javier Muñoz takes over for Miranda starting Monday. “Hamilton” earned a record 16 Tony nominations and won 11, including Best Musical.

Lopez has been lending her voice to a number of animated films recently, including 2015’s “Home,” for which Rihanna and Steve Martin also voiced characters, and this year’s “Ice Age: Collision Course,” alongside Nick Offerman and Adam DeVine (“Mike and Dave Need Wedding Dates”).

To see Lopez and Miranda’s performance, check out the video below.

This Article is related to: News and tagged Hamilton, Jennifer Lopez, Lin-Manuel Miranda