TCA: John Lithgow took on the iconic role in Netflix's "The Crown." 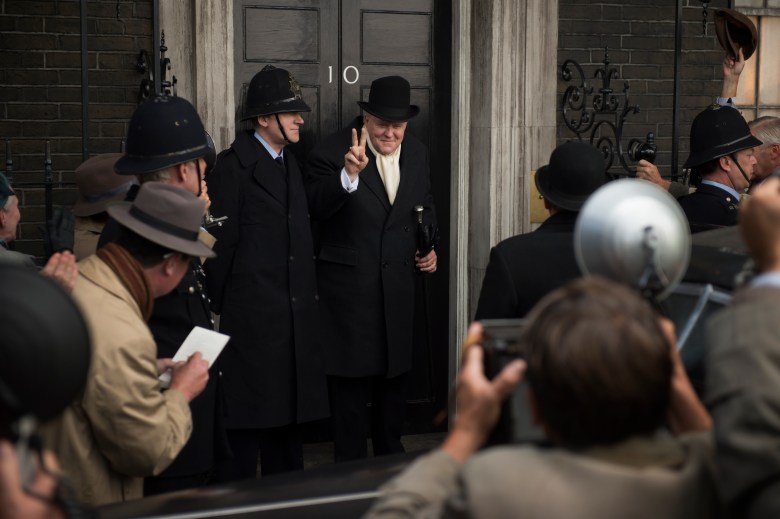 John Lithgown in “The Crown.”

Winston Churchill is one of Britain’s most internationally famous figures; a man who epitomizes England beyond the realm of the royals. He’s thus a prominent figure in Netflix’s upcoming drama “The Crown,” which tells the story of Queen Elizabeth II’s ascendance to the throne. But when it came to casting, writer Peter Morgan and director Stephen Daldry went with John Lithgow — an undisputed star, but also an American.

Morgan’s reasons for that made a lot of sense, as revealed at the TCA Summer Press Tour this morning.

“There’s a point where every Knight of the Realm does his Winston Churchill,” Morgan said. Thus, within the British acting community, “there’s a little bit of Churchill fatigue.”

Morgan credited casting director Nina Gold with the suggestion of Lithgow, who he described as “so startling and imaginative that it was an unanimous yes.”

He also cited the casting of James Cromwell as Prince Philip in “The Queen” (which Morgan also wrote) as a reason why the choice made sense. Putting Cromwell in the role “immediately kept it from being a caricature.”

Similarly, Morgan was thrilled to go with Lithgow “rather than have one of our own lovies phone it in.” He added, “It was a fresh, daring idea, and it gave us dividends and benefits from minute one. The very first table read, everyone was like, ‘Oh, my God!’ It was such a relief and a blessing.”

“I found that just about every Englishman I met had an impeccable impersonation of Winston Churchill. This scares the hell out of you,” Lithgow said. But he relished the challenge, saying, “For an actor, it’s just fascinating to sort of make up my own narrative based on everything that I can accumulate.”

Lithgow praised his hair and makeup collaborators as well as “the greatest fat suit ever” when it came to creating his performance. But one key aspect was all mental.

“I’m about 14 inches taller than he was, so I simply thought small,” he said.

This Article is related to: Television and tagged John Lithgow, Peter Morgan, TCA 2016, The Crown