The film will be released in theaters, VOD, and on other digital platforms on September 2nd. 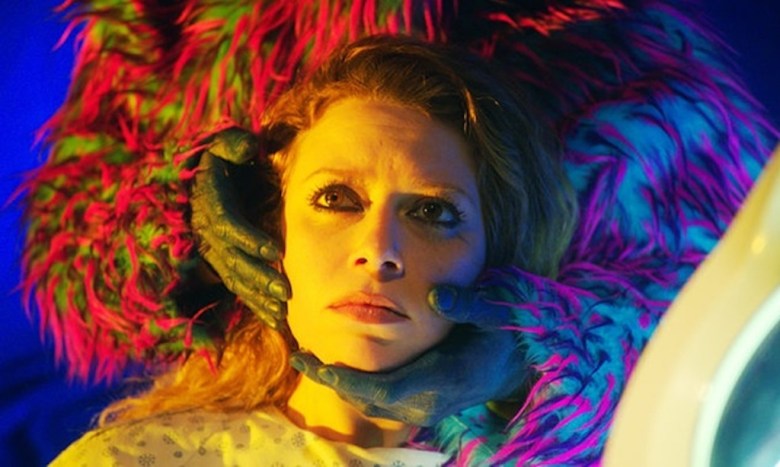 Pregnancy can be challenging and scary for any young woman, but it’s even more frightening when you don’t know how you got pregnant. In the new body-horror comedy “Antibirth,” hard-partying stoner Lou (Natasha Lyonne) wakes up one morning to discover that she’s pregnant despite not having sex in over a year. Living in a small Michigan town, Lou and her best friend Sadie (Chloë Sevigny) try to discover how this could happen in a drug-addled haze, but when a mysterious stranger (Meg Tilly) raises the possibility of something otherworldly, it throws everyone for a loop. Suddenly, Lou starts to lose a grip on reality as the person (or thing) growing inside her begins to distort her mind. Watch the trailer below, courtesy of EW.

The film is the feature-length debut from writer-director Danny Perez. Natasha Lyonne is best known for her role as Nicky Nichols on the Netflix series “Orange Is the New Black” as well as her performance as Jessica in the “American Pie” franchise. Meanwhile, Chloë Sevigny is known for her string of performances in arthouse or independent films like “Kids,” “Gummo,” “Boys Don’t Cry,” “Dogville,” “The Brown Bunny,” and more. She also played Nicolette Grant on the HBO series “Big Love,” and co-starred as Dr. Alex Lowe in the fifth season of “American Horror Story.”

“Antibirth” premiered at this year’s Sundance Film Festival. It will be released in theaters, VOD, and on other digital platforms on September 2nd from IFC Midnight.

This Article is related to: Film and tagged Chloë Sevigny, Natasha Lyonne, Trailers