The film has been tapped for the closing night screening at the Venice International Film Festival's Critics Week. 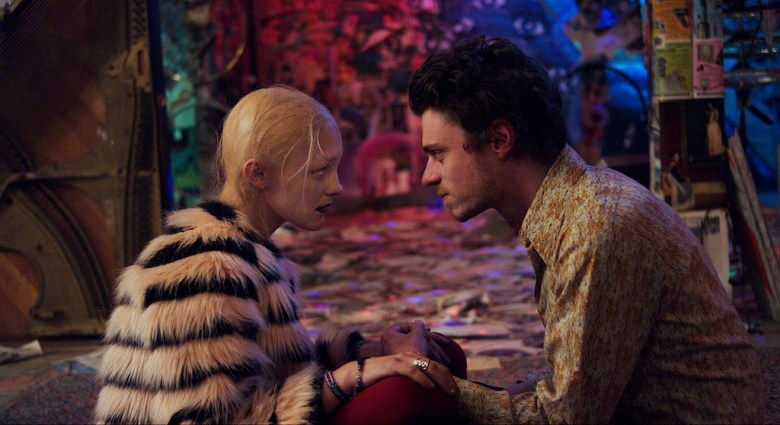 “Are We Not Cats”

“Are We Not Cats,” the closing night screening at the Venice International Film Critics’ Week, is the strange but tender story of a man who attempts to restart his life, but is sidetracked when he meets a woman who shares his unorthodox habit, a proclivity for eating hair. In honor of its unique premise, the New York-based filmmakers commissioned Iranian artist Morteza Mottaghi to create an art piece for the film’s key art, which will premiere along with the film at Venice. The piece was created completely from 100% human hair – including hair from Mottaghi’s own grandmother – and then the poster adapted and designed by Giant Films, a graphic design firm based in Mexico City. See the poster below.

Morteza Mottaghi is a painter, sculptor, and special effects make­up artist living in Tehran, Iran. After 20 years of working on special effects make­up for feature films, he transitioned into a full time fine artist exploring painting and sculpture. Mottaghi paints with hair, believing that hair represents a person’s unique personality and character traits. For more info on Mottaghi’s work, watch this video that examines his life and work.

“Morteza’s work is instantly recognizable for its organic, human and sometimes revulsive qualities, which we felt were representative of the unrelenting and occasionally dangerous intimacy that characterizes the film,” says producers Theo Brooks (“Graceland”; “The Greasy Strangler”) and Joshua Sobel (“Scherzo Diabolico”; “Graceland”) of F Productions.

READ MORE: The Best And Worst Of The 2015 Venice Film Festival “Are We Not Cats”

This Article is related to: Film and tagged Venice International Film Festival