"Because it’s Israel, everything you make is automatically political," said Assaf Machnes. 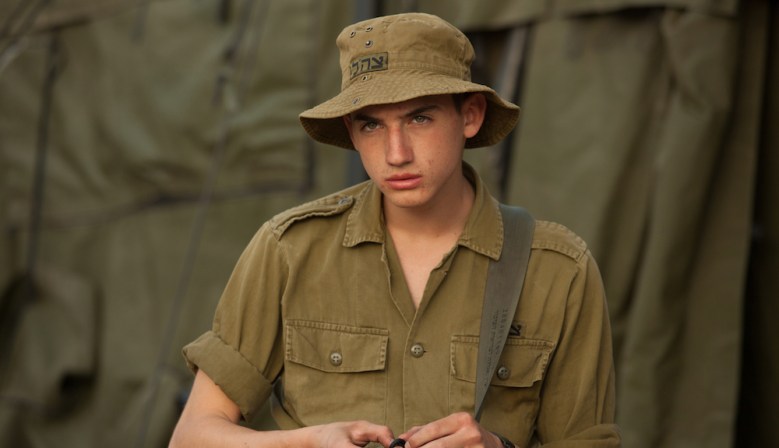 “Because it’s Israel, everything you make is automatically political,” said the 29-year-old writer-director Assaf Machnes. “Even a cat drinking milk is a political film in Israel.”

Capturing how it feels to come of age as an Israeli today, Machnes’ subversive cinema uses deeply personal experiences— military service and touring the WW2 death camps at the age of 17 — as material for crafting absurd humor, pathos, and drama. Indiewire spoke to the rising director at the 2016 Locarno Film Festival, where he was participating in the annual Filmmakers Academy. His disarming 16-minute graduate short, “Auschwitz On My Mind,” has scooped up 16 awards to date, and was nominated for the Ophir Prize, the Israeli Oscars for Best Short. It has screened at over 140 international film festivals including BFI London Film Festival, Palm Springs ShortFest, Seattle International Film Festival, and now Locarno.

Raised in a small town outside Tel Aviv, Machnes’ interest in filmmaking was sparked during his mandatory military service when a fellow soldier lent him the seminal screenwriting handbook “Story” by Roberk McKee. At 22, Machnes was studying mathematics by day and filmmaking courses by night, before eventually ditching math to enroll at the Met Film School in London in 2010.

Machnes’ work parallels his own biography. “It’s all very personal. People see “Auschwitz On My Mind” and say the main character’s me,” said Machnes, referring to the 17-year-old Israeli boy who lusts for another member of his delegation as they visit a series of concentration camps, Holocaust memorials, cemeteries and crematoriums across Poland. Vibrating with sombre rhetoric and raging hormones, the film is funny yet deeply moving.

“I like humor driven by pain or fear that is really strong but that you can’t do anything about,” Said Machnes. “You can ask in Auschwitz, ‘How does the Holocaust affect the relationship?’ It’s a strong pain, the murder of six million people, that you have no way to digest, and there’s nothing to do about it. That’s where the absurdity comes from.”

Machnes was not sure if it would be possible to make the film.

“I flew to Poland to see what it takes to shoot in the camps. I went from one camp to another, meeting the directors of each – that’s what I did with my week off, it sounds very weird,” explained Machnes. “In Auschwitz, they told me that Spielberg came and wanted to shoot ‘Schindler’s List’ and after they had this big conference [in which they] decided to not let anyone shoot fiction there, only documentary, with the exception of one weird rule: you can shoot fiction if one of the actors is a real Holocaust survivor from that camp.”

“We shot some scenes in a camp called Majdanek, I joined a real Israeli delegation and I just put the two actors in,” said Machnes.

At one point, the teens listen to a lecture from a real survivor, relating her story.

“It was important for me to put her there,” said Machnes. “A lot of Israeli cinema is super judgemental, you can feel it all the time sort of preaching. For me, it’s really important to show the other side, to have their testimony, because this stuff actually happened – let’s not just make a comedy about it and take it to a festival. I was a bit afraid of her reaction watching the film, but she loved it. She called me and she started speaking about how she had a little love affair in Auschwitz. It was really touching.” “Auschwitz On My Mind”

With the support of the Israeli Film Fund, Machnes is extending the short into the feature, “What Happens In Poland.”

“It’s going to be a few love stories and we’re going to follow the full 7-day journey,” said Machnes. “One day is in the ghetto in Warsaw, another is in the slaughter pits, the memorials in the middle of forests that are all over Poland where they were just shooting people into massive holes. I’m really looking forward to shooting that scene. The protagonist has this problem where he always needs to pee and he can’t pee because everywhere is a potential grave. He gets lost in the forest. Then he hears this group of Orthodox Jews singing a prayer.”

Keeping busy, Machnes is submitting to festivals a new short, “Seven Minutes,’ a race-against-time physical and moral test inspired by his military service.

“I spent a year in special training and I was trying to capture the intensity of living on the clock,” said Machnes. “The most famous minutes are those seven switching from informal to formal uniform at the beginning of the week, so the nightmare begins, and switching from formal to informal uniform which means going home, temporary freedom.”

So what are the ambitious 29 year old’s future plans?

“I’ll finish my degree in mathematics and study that with philosophy at the age of 40 when I’m really depressed. That’s the plan,” joked Machnes.

Until then, he’s at work editing a short named “Underwater;” writing “Happy,” a TV series about “the madness of putting the meaning of our lives in weddings” in which the groom-to-be is having an affair with his wedding planner; and developing three feature-length fiction projects: “What Happens in Poland;” “Tate,” a dramatic thriller about an Argentinian man who commits a crime and then hides out in London’s Tate Modern, disguised as part of the artworks; and “Lionel,” which follows a soldier described by Machnes as “the Israeli Forrest Gump.”