Indiewire's guide for all the latest movies out wide or in limited release for August 2016. Trailers and info for a month's worth of films below. 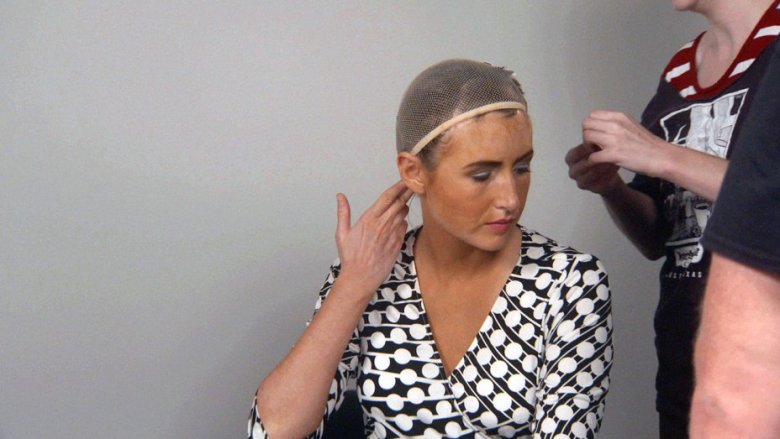 An Art That Nature Makes
Director: Molly Bernstein
Synopsis: Finding unexpected beauty in the overlooked, discarded and decayed, photographer Rosamond Purcell has developed a body of work that has garnered international acclaim, fruitful collaborations with writers such as Stephen Jay Gould and admirers like Errol Morris. “An Art That Nature Makes” details Purcell’s fascination with the natural world – from a mastodon tooth to a hydrocephalic skull – offering insight into her unique way of recontextualizing objects both ordinary and strange into sometimes disturbing but always breathtaking visual studies.

Anthropoid
Director: Sean Ellis
Cast: Cillian Murphy, Harry Lloyd, Jamie Dornan, Toby Jones
Synopsis: “Anthropoid” is based on the extraordinary true story of “Operation Anthropoid,” the code name for the Czechoslovakian operatives’ mission to assassinate SS officer Reinhard Heydrich. Heydrich, the main architect behind the Final Solution, was the Reich’s third in command behind Hitler and Himmler and the leader of Nazi forces in Czechoslovakia. The film follows two soldiers from the Czechoslovakian army-in-exile, Josef Gabčík (Cillian Murphy) and Jan Kubi (Jamie Dornan), who are parachuted into their occupied homeland in December 1941. With limited intelligence and little equipment in a city under lock down, they must find a way to assassinate Heydrich, an operation that would change the face of Europe forever.

Blood Father
Director: Jean-François Richet
Cast: Dale Dickey, Diego Luna, Erin Moriarty, Mel Gibson, Michael Parks, William H. Macy
Synopsis: After her drug kingpin boyfriend frames her for stealing a fortune in cartel cash, 17 year old Lydia goes on the run, with only one ally in this whole wide world: her perennial screw-up of a dad, John Link, who’s been a motorcycle outlaw, and a convict in his time, and now is determined to keep his little girl from harm and, for once in his life, do the right thing…

Disorder
Director: Alice Winocour
Cast: Diane Kruger, Matthias Schoenaerts, Paul Hamy
Synopsis: Following a tour of duty, French Special Services soldier Vincent (Schoenaerts) takes a job in security for a Lebanese financier and his family. During a lavish party one night at their luxurious villa “Maryland,” Vincent senses that something is amiss. When his employer is then urgently called away on business, Vincent is left to ensure the safety of his wife Jessie (Kruger) and their child. Vincent battles his own PTSD-fueled paranoia while clinging to the certainty that Jessie and her family are in immediate danger, unleashing a hell-bent determination to protect them at all costs.

Edge of Winter
Director: Rob Connolly
Cast: Joel Kinnaman, Percy Hynes White, Rachelle Lefevre, Rossif Sutherland, Shiloh Fernandez, Tom Holland
Synopsis: Recently divorced and laid off from his job, Elliot Baker is desperate to spend more time bonding with his sons, Bradley and Caleb. What starts as family day trip to teach his boys how to shoot turns into a nightmare when they become stranded. As they retreat to a desolate cabin, Elliot’s mounting fear of losing custody pushes him to the edge. The brothers quickly realize that the man responsible for keeping them safe has now become their biggest threat.

Emily & Tim
Directors: Eric Weber & Sean Devaney
Cast: Alexis Bledel, Andre Braugher, Kal Penn, Olympia Dukakis, Phylicia Rashad, Thomas Mann, Zosia Mamet
Synopsis: The story of the tumultuous marriage of Emily and Tim, from the night they meet to their twilight years over half a century later. Portrayed by six diverse pairs of actors, Emily and Tim wrestle with the extraordinary push and pull of a long-term relationship – the feelings of attraction and antagonism, the desire to please and the desire to dominate. Their marriage demonstrates that no matter who we are – man, woman, black, white, gay, straight – we all love the same.

The Fight Within
Director: Michael William Gordon
Cast: John Major Davis, Lelia Symington, Matt Ledo
Synopsis: Logan Chandler (John Major Davis) is a rising star in the world of mixed martial arts, but when his father, an MMA Champion, dies while training him, Logan leaves the ring unsure who he is anymore. He finds romance with a young woman of deep faith (Lelia Symington) and seeks to overcome a troubled past and establish a new life. His new faith is tested when a local MMA professional (Matt Leddo)—whose only losing fight was to Logan—forces him back into the cage.

Hell or High Water
Director: David Mackenzie
Cast: Ben Foster, Chris Pine, Dale Dickey, Jeff Bridges, Katy Mixon, Marin Ireland
Synopsis: Two brothers, an ex-con and a divorced father face the foreclosure of their family’s farm and decide to team up for a string of adrenaline filled heists. A seasoned lawman tracks their bank-robbing spree and is determined to take them down.

The Lost Arcade
Director: Kurt Vincent
Synopsis: “The Lost Arcade” is an intimate story of a once-ubiquitous cultural phenomenon on the edge of extinction, especially in New York City, which once had video arcades by the dozen. These arcades were as much social hubs to meet up and hang out as they were public arenas for gamers to demonstrate their skills. But by 2011, only a handful remained, most of them corporate affairs, leaving the legendary Chinatown Fair on Mott Street as the last hold-out of old-school arcade culture.  Opened in the early 1940’s, Chinatown Fair, famous for its dancing and tic tac toe playing chickens, survived turf wars between rival gangs, increases in rent, and the rise of the home gaming system to become an institution and haven for kids from all five boroughs.

Making a Killing: Guns, Greed and the NRA
Director: Robert Greenwald
Synopsis: The stories of how guns, and the billions of dollars made off of them, affect the lives of everyday Americans. It features personal stories from people across the country who have been affected by gun violence, including survivors and victims’ families. The film exposes how the powerful gun companies and the NRA are resisting responsible legislation for the sake of profit – and thereby putting people in danger. The film looks into gun tragedies that include unintentional shootings, domestic violence, suicides, mass shootings and trafficking – and what we can do to put an end to this profit-driven crisis.

The Model
Director: Mads Matthiesen
Cast: Ed Skrein, Maria Palm, Thierry Hancisse
Synopsis: When emerging fashion model Emma gets a chance to pursue her dream of becoming an international top model, she leaves her everyday life in Denmark behind, and moves to Paris. At a photo shoot in her new hometown, she meets the attractive photographer Shane White and they fall in love. But their relationship soon turns into a dangerous obsession for Emma.

My King
Director: Maïwenn
Cast: Emmanuelle Bercot, Isild Le Besco, Vincent Cassell, Louis Garrel
Synopsis: Tony (Emmanuelle Bercot) is admitted to a rehabilitation center after a serious ski accident. Dependent on the medical staff and pain relievers, she takes time to look back on the turbulent ten-year relationship she experienced with Georgio (Vincent Cassell). Why did they love each other? Who is this man whom she loved so deeply? How did she allow herself to submit to this suffocating and destructive passion? For Tony, a difficult process of healing is in front of her, physical work which may finally set her free.

For all the films opening the week of August 19th, see the next page.

Page 2 of 4
Continue Reading: Here Are All the Upcoming Movies in Theaters for August 2016