Plus, get a look at a brand new still featuring Brie Larson. 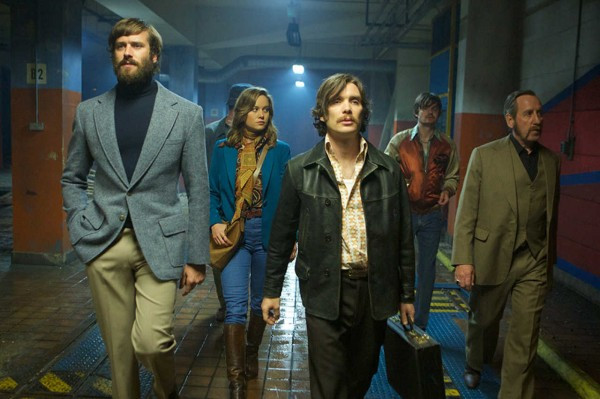 Ben Wheatley’s next feature, the star-packed (from newly minted best actress winner Brie Larson to rising stars like Jack Reynor and Sam Riley to reliably great character actors like Noah Taylor, this thing has got it all) action thriller “Free Fire,” will close out this year 60th BFI London Film Festival. The film will serve as the fall festival’s Closing Night Gala on October 16 (which also marks the film’s European premiere), and the event will be attended by the film’s cast and filmmakers.

The film’s official synopsis lays out the scene: “Massachusetts late ‘70s. Justine (Brie Larson) has brokered a meeting in a deserted warehouse between two Irishmen (Cillian Murphy, Michael Smiley) and a gang led by Vernon (Sharlto Copley) and Ord (Armie Hammer) who are selling them a stash of guns. But when shots are fired in the handover, a heart stopping game of survival ensues.” Of the news, Wheatley commented, “I’m very proud to be showing ‘Free Fire’ at the BFI London Film Festival. To be the closing film is a great honour. LFF have been fantastic in supporting the films I’ve made (me and an army of 100s) and I can’t wait to show ‘Free Fire’ to the Festival audience!”

“Free Fire” is Wheatley’s third film to screen at the festival, following “High-Rise” and “Sightseers.” A24 will release the film domestically this year.

The BFI London Film Festival will open with Amma Asante’s “A United Kingdom” on October 5. The festival will run from October 5 – October 16.