See Nguyen discuss his film's reputation and his attempt to re-start his career. 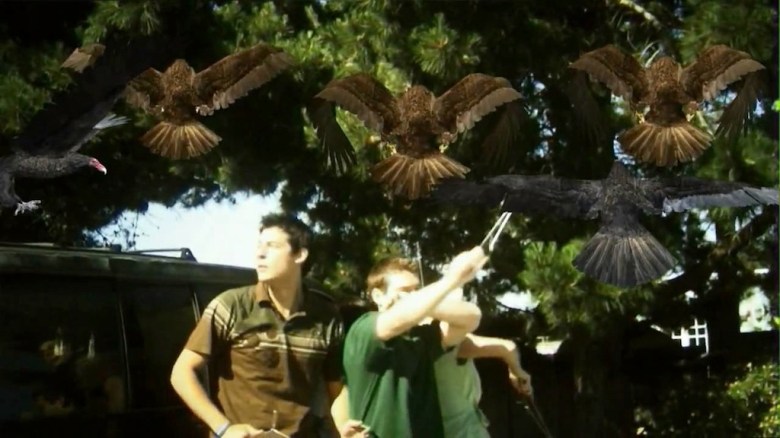 In January 2009, software salesman James Nguyen traveled to the Sundance Film Festival to self-promote his low-budget independent horror film “Birdemic: Shock and Terror.” He handed out flyers from a beaten-up van with a stuffed bird on the antenna and covered with paper signs reading, “BIDEMIC.COM” (accidentally misspelled) and “WHY DID THE EAGLES AND VULTURES ATTACKED?”

Word of mouth from horror movie websites spread around the festival and eventually the trailer was shown on G4’s “Attack of the Show.” In February of 2010, “Birdemic” had its Los Angeles premiere hosted by Tim & Eric, and it was soon picked up for distribution by Severin Films. It had a brief theatrical run in numerous cities in the United States and in Toronto, Canada from April through July.

“Birdemic” became a cult hit among bad-movie fans, with many calling it “the worst movie ever made.” Now, the latest episode of VICE’s “Outsider” series, which examines the complex minds behind the world’s most insane movies, follows Nguyen from Sundance to present day. Host Evan Husney saw the film back in 2009 and felt compelled to release it nationwide; now Husney and Nguyen reunite after the phenomenon to discuss the film’s checkered reputation and his attempt to restart his career. Watch the documentary below.

READ MORE: For the Love of (Bad) Movies

For more “Outsider” episodes, head to the VICE website.

This Article is related to: Film and tagged Vice