After winning an Oscar, becoming an indie darling and signing up to play "Captain Marvel," Brie Larson now has her sights set on the director's chair. 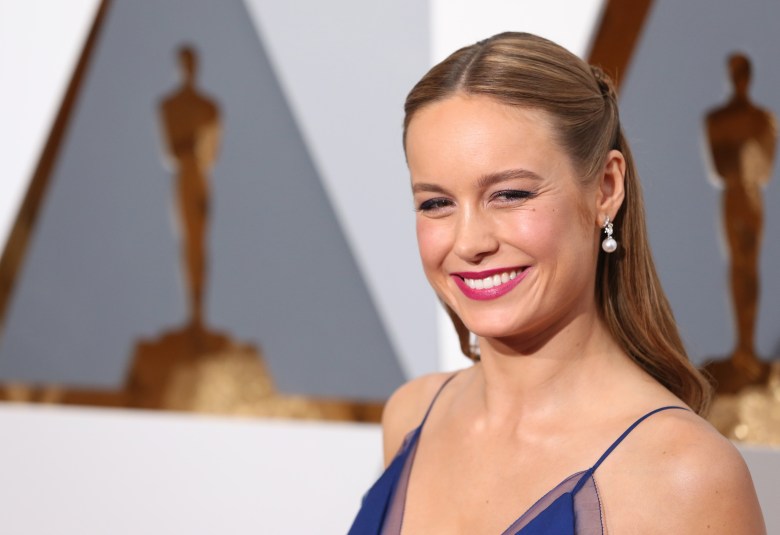 Is there anything Brie Larson can’t do? In the months since winning her first Oscar for “Room,” the actress has blossomed from indie darling to blockbuster hero by signing on to play “Captain Marvel,” and now she’s taking her talents behind the camera for her directorial debut. According to The Hollywood Reporter, Larson will direct the indie comedy “Unicorn Store” for her very first feature. The actress will produce and star in the film as well.

“Unicorn Store” is based on an original screenplay by Samantha McIntyre. The story centers around a woman named Kit (presumably to be played by Larson) who moves back home to live with her parents and discovers a mysterious invitation to a store that will “test her ideas of what it really means to grow up.”

The project was originally set up as a Rebel Wilson vehicle to be directed by “Chuck & Buck” and “Cedar Rapids” helmer Miguel Arteta, though scheduling conflicts made the collaboration fall through. Producers David Bernad and Ruben Fleischer continued to develop the project despite these shortcomings, even approaching Larson to star before she won her Oscar earlier this year.

Although “Unicorn Store” will be Larson’s first feature, she’s certainly no stranger to the director’s chair. The actress co-directed and co-wrote the short film “The Arm” with fellow actors Jessie Ennis and Sarah Ramos, and it went on to win a Special Jury Prize at Sundance in 2012. Hercules Film Fund is fully financing and Rhea Films is producing. Paris Kassidokostas-Latsis and Terry Dougas are Producing, Jean-Luc DeFanti is Executing Producing.

In addition to “Captain Marvel,” Larson has “Kong: Skull Island,” “Free Fire” and “The Glass Castle” all in various states of production.

This Article is related to: Film and tagged Brie Larson