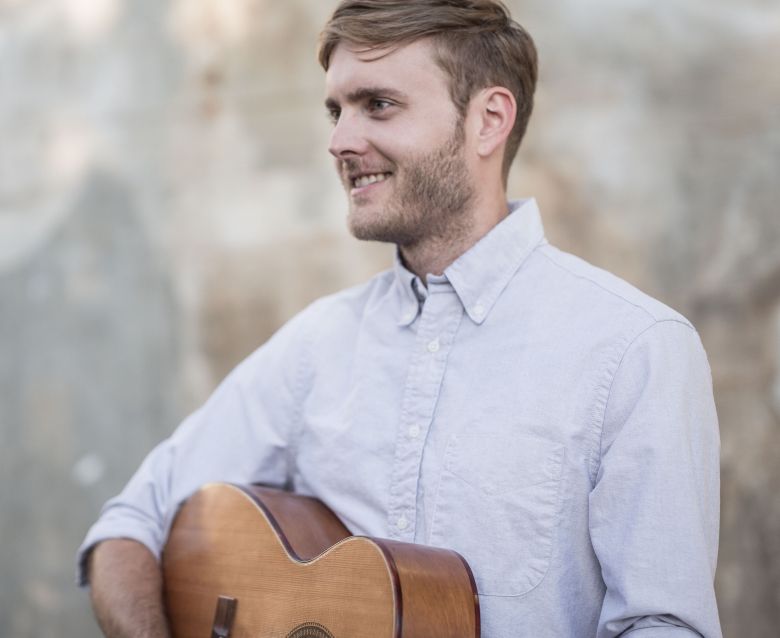 A chef’s worst nightmare came true, and not only did composer Duncan Thum set that to music, it earned him his second Emmy nomination, for Original Dramatic Score for Netflix’s “Chef’s Table.”

The story of Chef Grant Achatz, the Chicago wunderkind who is one of the leaders in progressive cuisine, is almost unbelievable in its irony: the chef lost his ability to taste food while undergoing treatment for cancer. That’s not the end of his narrative, but it is part of the reason why Thum settled on Achatz’s episode as the standout for Emmy submission, even though he had scored all six episodes of the series’ second season.

“There’s something special about Grant’s story that I just personally related to, because my sister also struggled with cancer,” Thum told IndieWire.  “It’s just a well-made film, in that sense that Grant has a really good story and Brian McGinn, who directed the episode, did a really good job of creating that arc.” Storytelling is key to the series created by David Gelb, the director of the laser-focused documentary “Jiro Dreams of Sushi,” about master sushi craftsman Jiro Ono. “Chef’s Table” is the logical follow-up to that film, profiling a world-renowned chef in each episode. The story, the pacing, the cinematography and the music all combine to create enthralling television, which explains why this documentary series keeps company with scripted dramas when it comes to its powerful score.

“I think that it speaks to something about ‘Chef’s Table’ that it kind of blurs the line between the two,” Thum said. “They are stories from real life but they are also dramatic journeys of an artist. It’s almost like they could be conceived of by a writer in a way. Some of their stories are just so [far-fetched], the obstacles that they overcome — like Grant Achatz losing his ability to connect with his art. It’s kind of an amazing journey that these guys and girls have. I think they benefit from a really dramatic score.”

Listen to “Fantastic Amalgams” from the Chef Achatz episode below. It’s not hard to imagine it underscoring an epic action flick, thriller or even period drama.

Chef Achatz’s three Michelin star Alinea restaurant in Chicago presents food that is not only pleasing to the palate and eye, but also creates an emotional experience through mystery, mischief and culinary magic. Strawberries masquerade as tomatoes. Tomatoes masquerade as strawberries. A tablecloth becomes a palette for your palate. Gossamer-thin edible balloons float on their merry way to the dining room. Fanciful cuisine that would be at home in a Roald Dahl novel comes to life at Alinea. Thum said that “We wanted to find a way to embody both his successes and the identity of his career as kind of a rule-bender and breaking out of conventions and the restrictions of fine dining, but also maintain a sense of theatricality and playfulness and mystery. It seems like if we use strings and piano, we’re going to maintain the dramatic impact of the storytelling well, but also using synth and maybe unconventional harmonies here and there will really evoke that other aspect of him, the innovative side of Grant.

“I think the hard part is figuring out the identity of the score for the chef and getting the good melody in there,” Thum continued. “It’s the system of delivery. You have a good melody, then the emotional content that the melody is delivering is more effective. It just goes in your ear. Coming up with a good melody is like an occult art form as far as I’m concerned.”

Part of the challenge is to push past the temp score — pre-existing music laid down to offer cues to the editor and composer — because sometimes the temp is too good, such as the time Beethoven was used in a scene. “There’s definitely a huge challenge in figuring out how to achieve the same impact that a great piece of music has in the scene but that is you and is ‘Chef’s Table’ and isn’t just this piece of classical music that has probably has lived in 30-60 other films,” Thum said. Sometimes the temp score is completely wrong, as in the time music was used by postmodern minimalist Arvo Pärt. “It’s very modern and it’s very formal feeling, and it was cool, but it didn’t feel like Grant,” Thum noted. “This music feels too almost official… or elegiac. There’s something about Grant that’s so playful. I think his food has a sense of surprise to it and mystery and joy and revelation and tricks and perspective and reveals and things like that. That was kind of the a-ha moment.”

Thum also scored the documentary “I’ll Sleep When I’m Dead” about electrohouse artist and music executive Steve Aoki, as well as the upcoming two “Chef’s Table” seasons: Season 3 set in France and Season 4, which is currently in post-production. “The fourth season will include a jazz-influenced score, that’s something that’s quite different for ‘Chef’s Table,’” Thum said. “And more electronics. I’m working on the Peru episode right now, so I’ve got a bunch of Andean stringed instruments in my studio and some woodwinds.” Composer Duncan Thum in the studio

When the Los Angeles-based composer isn’t immersed in the “Chef’s Table” universe, he’s enjoying fellow Netflix series “Stranger Things” (“the music with the John Carpenter-esque score, that’s also going to speak to me”) and is psyched to hear new John Williams “Star Wars” music. “That always give me the tingles. He just gives you chills. I don’t know what it is about this music. It just gets in there in the most amazing way.”

This Article is related to: Awards and tagged Chef's Table, Music, Netflix