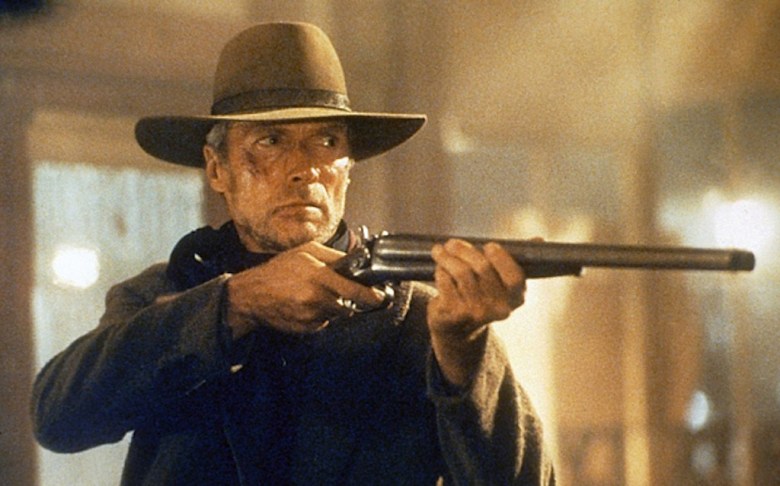 Clint Eastwood is best known for his decades-long career in Hollywood. He’s acted and directed numerous acclaimed films and is still going strong at the age of 86. But Eastwood is also known for his avid interest in politics. A registered Republican, he served two terms as mayor ofCarmel-by-the-Sea, California starting in 1986, and in 2001 was appointed to the California State Park and Recreation Commission. He also supported John McCain and Mitt Romney in the 2008 and 2012 presidential elections. Now, in a new interview with Esquire, Eastwood has provided more of his political opinions by defending Trump and telling people to stop calling everything racist.

Eastwood first says that Trump “is onto something” when it comes to political correctness, which “everybody’s getting tired of…kissing up.” “That’s the kiss-ass generation we’re in right now,” he continues. “We’re really in a pussy generation. Everybody’s walking on eggshells. We see people accusing people of being racist and all kinds of stuff. When I grew up, those things weren’t called racist.” He explains further that he likes that Trump says what’s on his mind, but admits that “sometimes it’s not so good,” and that he understands where he comes from, but doesn’t “always agree with it.”

He also says that he’s not endorsing Trump, but doesn’t appreciate the treatment he receives from the public. “He’s said a lot of dumb things. So have all of them. Both sides. But everybody — the press and everybody’s going, ‘Oh, well, that’s racist,’ and they’re making a big hoodoo out of it. Just fucking get over it. It’s a sad time in history.”

READ MORE: The Films Of Clint Eastwood, Director: A Retrospective

Eastwood’s latest film “Sully,” about the Miracle on the Hudson and its aftermath starring Tom Hanks as the Chesley “Sully” Sullenberger, will be released in theaters on September 9th.

This Article is related to: News and tagged Clint Eastwood, Donald Trump, Sully