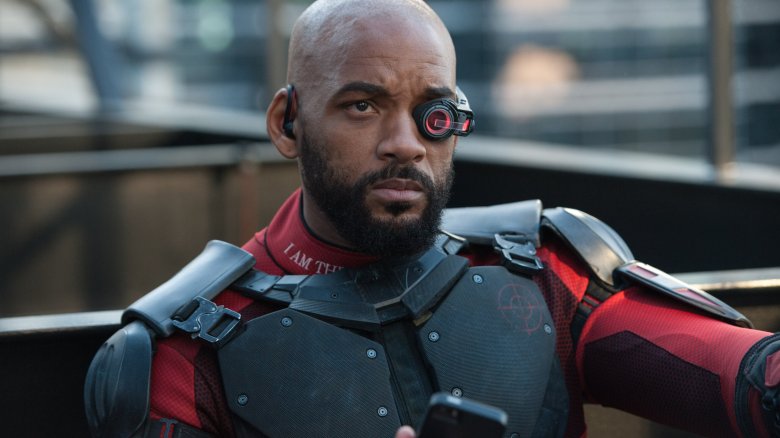 As of right now, salient details about “Collateral Beauty” are mostly confined to its IMDb synopsis: “A tragic event sends a New York ad man on a downward spiral.” That man is played by Will Smith, who’s joined in David Frankel’s drama by a high-profile ensemble including Keira Knightley, Edward Norton, Kate Winslet, Helen Mirren, Naomi Harris and Michael Peña. Smith was kind enough to share more information with Entertainment Weekly, including a first-look photo (below).

“It’s a little bit ‘It’s a Wonderful Life’ and a little bit ‘The Wizard of Oz,’” the two-time Oscar nominee offers. He also describes Winslet, Mirren et al. as being like “a small-movie superhero cast: The Avengers of a Christmas dramedy,” which he would know, having just appeared in the comic-book ensemble “Suicide Squad.” Smith, somewhat vaguely, refers to the film’s plot as “the process of Howard putting his life back together, but there’s also some interesting mystical elements…Yeah, there’s huuuuge spoilers. It’s delicately framed in a way that’s going to be tough to promote.”

READ MORE: Will Smith’s ‘Collateral Beauty’ To Open The Same Day As ‘Rogue One: A Star Wars Story’

“Collateral Beauty” opens on December 16. Read the full interview with Smith at EW. This Article is related to: Film and tagged Collateral Beauty, Will Smith