TCA: Hot on the heels of "Supergirl" adding lesbian detective Maggie Nelson, we got details on how Greg Berlanti continues to make history in the DC Universe. 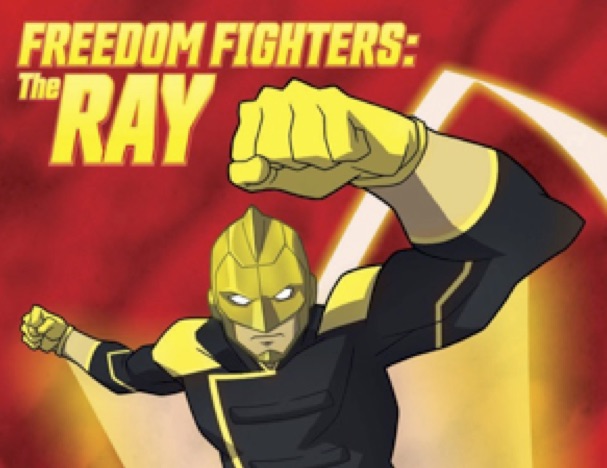 The CW’s digital streaming service has announced plans to launch “Freedom Fighters: The Ray,” featuring the first gay superhero to headline a show in an animated series, next year. Based on characters from the DC universe, the show will be produced by Warner Bros.’ digital studio Blue Ribbon Content.

“Freedom Fighters: The Ray” comes to the CW from Berlanti Productions, with executive producers Greg Berlanti (“Arrow,” “The Flash,” “Supergirl”) and Marc Guggenheim (“Arrow,” “DC’s Legends of Tomorrow”) at the helm.

That means “The Ray” will fall into DC’s The CW-centered Berlantiverse. (Berlanti is executive producer on “Arrow,” “The Flash,” “Legends of Tomorrow” and “Supergirl,” all in the DC Universe.)

READ MORE: The CW Boss on ‘The 100’ Controversy: ‘Social Media Goes Both Ways’

In an announcement at the Television Critics Association press tour, The CW president Mark Pedowitz told reporters that the voice talent for the animated series has yet to be cast.

But the actor chosen to play The Ray could potentially cross over into the network’s live action series. That’s similar to what happened with CW Seed’s animated DC show “Vixen,” as actress Megalyn Echikunwoke then appeared on-camera via a guest spot on “Arrow.”

In traditional DC lore, the Freedom Fighters are a group of genetically enhanced meta-humans fighting Hitler in Nazi Germany. In Grant Morrison’s “Multiversity,” a limited series of one-off storylines set in the DC multiverse,  Morrison updated the Freedom Fighters to reflect  American diversity. The Ray is gay, Doll Man is Jewish, and Black Condor is African American. This new iteration of The Ray is inspired by Morrison’s version.

Ray Terrill first appeared in “The Ray” #1 in February 1992. Raymond “Ray” Terrill was a reporter who discovered a group of government scientists working on a secret project to turn light into a weapon of mass destruction. But before he could report on his findings, the project head exposed Ray to a “genetic light bomb.”

The bomb failed to kill him and instead gifted Ray with light-based powers. With these abilities, Ray realized he could go beyond reporting on injustice – he could take action to help stop it. Calling himself The Ray, he was recruited by Uncle Sam and the Freedom Fighters to fight violence and oppression wherever it exists.

“Freedom Fighters: The Ray” fits well in The CW Seed’s current slate. The streaming service hosts “Vixen” as well as the musical live-action series “I Ship It,” which features two lesbian supporting characters. With “Freedom Fighters: The Ray,” the streaming service positions itself as the number one destination for young people who want cutting edge digital content.

Berlanti, who is openly gay, has been steadily adding gay superheroes to his impressive roster of shows. In 2015, “Arrow” introduced Curtis Holt (Echo Kellum) who is gay and married. As of Season 5, Kellum is a series regular, and there are rumors that Holt will become the superhero “Mr. Terrific” this year. Bisexual Sara Lance (Caity Lotz) first appeared on Season 2 of “Arrow,” and became a series regular on “Legends of Tomorrow” this spring. In addition, “Supergirl” recently made headlines for casting Floriana Lima (ABC’s “The Family”) as detective Maggie Sawyer.

Little by little, Berlanti has opened up the DC-Universe to include LGBTQ characters, which paved the way for “Freedom Fighters: The Ray,” the first show with a titular gay superhero character.

This Article is related to: Television and tagged Digital, Greg Berlanti, TCA 2016