"Coming out has allowed me to align who I am with with my creative self," the Oscar-nominee told IndieWire. 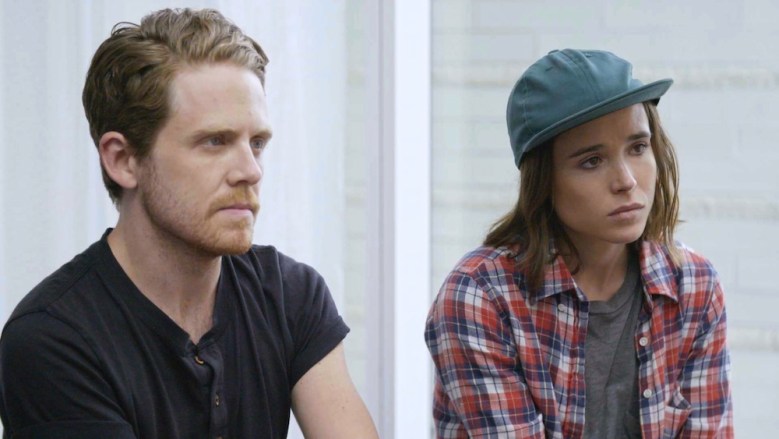 It may sound odd that a show called “Gaycation” would visit the site of the largest mass shooting in U.S. history, but Ellen Page and Ian Daniel seem unfazed.

“We’re here because we just want to see how the community is feeling and dealing with this,” Page said, next to a pensive Daniel. “And just be here for those who feel like they want to share their story.” The two friends and co-producers are standing next to some yellow police tape outside Pulse night club, the site of the deadly shooting that took place on June 12, 2016. The opening credits roll on “GAYCATION Presents: Orlando,” and Page’s voiceover begins.

“GAYCATION” is a flagship series for VICELAND, Vice Media’s television channel, which launched last year and is overseen by Spike Jonze. The four-episode first season — which nabbed an Emmy nomination for Outstanding Unstructured Reality Program — took viewers around the world with Page and Daniel as they explored LGBTQ life in different communities. In the first season, the best friends uncovered little-known stories from Japan, Brazil, Jamaica and the U.S. The second season kicks off September 7, but the special Orlando episode debuted yesterday on Vice’s website and YouTube channel. IndieWire spoke to the friends and co-producers about shooting the emotional episode. An edited transcript of that phone conversation is below.

You were in Orlando just five days after the tragedy. How were you able to get there so quickly, and why did you decide you needed to tell this story?

Page: It was a matter of wanting to be gentle, wanting to be sensitive and what it meant to go to Orlando at that time when everyone is dealing with such intense grief and trauma.

You do come across as very gentle. How were you able to remain so placid during such emotional interviews?

Daniel: It’s a matter of when do you need to show strength for your interviewee and when is it appropriate to have your own moment? And sometimes your own moments just hit you by surprise. Someone will say something and it’s very personal and you can’t help but relate to the story. We definitely were taking it personally on some level, because it was about the LGBTQ community and marginalized communities, and that’s really what our show is about. You mention that the Latinx community was hit particularly hard by the shooting. Were you concerned at all about not being part of that community, and what perspective did you hope to bring?

Page: We just wanted to do our best to meet with those who are the leaders of the community, who have been fighting already for a long time and are now dealing with this situation. We wanted to hear from the community and to learn ourselves from the community. Yes, of course, that was a huge focus going in.

It’s so heartbreaking in the interview with Nancy Rosado when she says people couldn’t identify their loved ones because the hospital officials were butchering the names.

Daniel: That interview is especially poignant because we’re all learning in that moment from her so directly and she’s stating it in such a powerful way. Clearly the LGBTQ community and people of color and the Latinx community were most affected by this tragedy. Those are the people that we wanted to hear from. We have the privilege of having the show, and the point is for us to listen to those people. Our first intention is to tell stories in a deep way and not just do sound bytes and splashy interviews and sensational conversations.

What have you learned so far in the process of making the show, and how will Season 2 be different?

Page: Hopefully Season 2 is just us expanding, going deeper, and always trying to go farther and be able to address the issues and find the stories that don’t often have an opportunity to be heard.

Daniel: We’re getting smarter with each episode. By smarter, I mean we’re expanding our horizons on every level. You think you’re open minded, and then you talk to more and more people and you start empathizing and you realize that maybe you weren’t as open minded as you could have been earlier. We’ve also added more diversity to our team for season 2. There are more queer people, more LGBT people and more people of color. So our team is also becoming more expansive and has more viewpoints and more opinions.

Ellen, you were so open in the Japan episode about having once been “severely closeted,” and that you wanted to return to Japan after coming out to explore the gay scene there. Was your coming out part of the inspiration behind the show, wanting to explore gay life?

Page: It was an idea that came out of my personal experience traveling — even when I was very closeted — but I would be with a partner and just the reality of what that means. Absolutely, I think coming out has allowed me to align who I am with with my creative self, and making this show is a reflection of that. It’s a reflection of things that I always thought about and cared about and now I’m able to align my work and creative life with who I am.

READ MORE: Why Ellen Page and Ian Daniel Traveled the World For ‘Gaycation,’ But Ended Things In America

Your friendship is so sweet in the show. How did you two meet?

Daniel: We met very serendipitously. It was at this eco village, or intentional community, called Lost Valley outside of Eugene, Oregon. I was working on an organic farm and Ellen came in to take a class on permaculture design. We call it a love story, a romance of its own kind. We instantly became close and we’ve been intertwined since then, eight years ago, and then this project came up.

What was the genesis of the show, and how did the partnership with Vice materialize?

Page: I’m close friends with Spike Jonze, and he basically was like: “Hey, we’re making a network, if you have any television ideas.” I did, and I met with Vice and we hit the ground running. It was Spike who came up with the idea of going with somebody, and I knew Ian was going to be the perfect person.