The web series has been nominated for Best Short Form Variety Series. 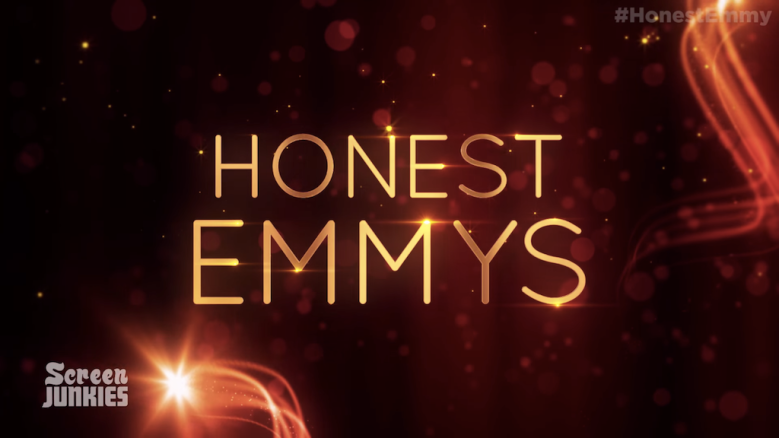 The popular YouTube series “Honest Trailers” parodies films and TV shows through cheeky trailers. Since 2012, the series has covered everything from “The Dark Knight” to “The Wolf of Wall Street” to “Deadpool,” which featured Ryan Reynolds himself to help narrate the trailer. Now, the series has been nominated for Best Short Form Variety Series, and to honor that fact, narrator Jon Bailey and the rest of the “Honest Trailers”  team have taken on the 2016 Primetime Emmy Award nominations. Watch it below.

Bailey first takes on the drama list, which includes acclaimed series like “The Americans” (or “Ruskie Business”), “Mr. Robot” (affectionately re-titled “Byte Club”), and “House of Cards” (“Wolf of DC”). He pokes fun at “Better Call Saul’s” more measured premise compared to “Breaking Bad” (“Now, strap in for the prequel about the time [Walter’s] lawyer brought a class action lawsuit against an assisted living facility!”), and Claire Danes’ frequent meltdowns on Showtime’s “Homeland.”

He then moves to the comedies, where he describes Jill Soloway’s “Transparent” as “the messy family dramedy that proves you can be gay, trans, or straight, and still be a dick” and Aziz Ansari’s “Master of None” as “the rom-com everyone loves about the problems only Aziz Ansari has.” As for “black-ish,” Bailey calls it a “fresh and funny new take on the same old racist bullshit that The Jeffersons had to deal with.”

For more episodes of “Honest Trailers,” head to the Screen Junkies YouTube page.

This Article is related to: Awards and tagged Emmys, Honest Trailers, Screen Junkies