Keep up with the always-hopping film festival world with our weekly Film Festival Roundup column. 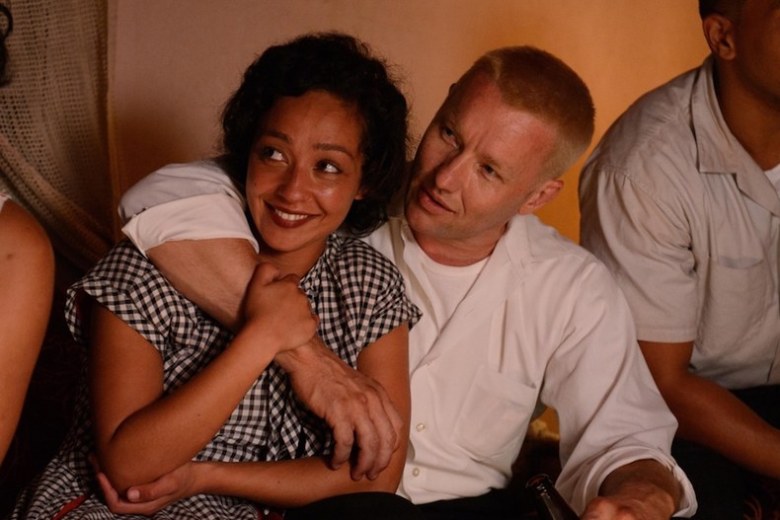 – The Hamptons International Film Festival (HIFF) has announced some of the Signature Programs for its 24th edition. HIFF announced a selection of films that will screen as part of the returning Conflict & Resolution and Compassion, Justice & Animal Rights programs. HIFF will also launch Air, Land, & Sea, a brand new section of the festival that focuses on global issues of environmental conservation, clean water, and the integrity of our planet’s natural resources, with an ocean-centric focus.

“Our Signature Programs help to elevate the content of the festival’s programming with films that continue to provide audiences with thought provoking material,” said David Nugent, HIFF Artistic Director. “Our hope with Air, Land, and Sea is for the festival to embrace the global discussion on environmental issues, and build a platform for filmmakers and audiences to engage and interact.”

The 24th annual Hamptons International Film Festival will take place October 6 – 10. You can find out more information on the festival’s official website.

– The Austin Film Festival (AFF), the premier film festival recognizing writers’ and filmmakers’ contributions to film, television, and new media, has announced the second wave of films included in the 2016 lineup, including Jeff Nichols’ “Loving” as their Opening Night Film as well as the Dev Patel-starring “Lion,” making its Texas premiere.

The complete list of programming at the 23rd annual AFF, including short films, competition titles, and Conference panels, will be announced in mid-September. The festival takes place October 13 – 20. You can find out more information on the festival’s official website. – The Raindance Film Festival has announced the majority of its highly anticipated line-up, which includes world, international, European and UK premieres. The Festival’s Opening & Closing Night films will be announced on August 30. The Festival received a record-breaking number of submissions this year from 98 countries, the highest it has received to date and will screen 90 feature films and 85 short films.

The festival will take place in London’s West End from September 21 – October 2. You can find out more information on the festival’s official website.

– The New Orleans Film Society (NOFS) has announced the feature competition lineup for the 27th annual New Orleans Film Festival (NOFF). The 2016 festival lineup was chosen from almost 4,000 submissions from NOFF’s open call for submissions from independent filmmakers, an increase of about 14% from 2015. Entries came from 115 different countries. Louisiana-made film submissions increased this year by 43%. Of the final selections, 45% of films are from female directors, and 36% are from directors of color.

“This year’s lineup typifies the festival’s strong commitment to supporting new cinematic voices,” said New Orleans Film Society Director of Programming Clint Bowie. “Film is an art, and this year’s selections make that hard to deny. Festival-goers should be prepared to be challenged, moved, and awed by the bold and confident storytelling in this year’s lineup.”

The festival will take place October 12 – 20 at venues across New Orleans, with an increased presence in the downtown area. You can find out more information on the festival’s official website.

-The full slate of films for The Margaret Mead Film Festival has been announced, marking the fortieth year of the festival, which is one of the longest running documentary film festivals in the country.

The festival will run from October 13 – 16 at New York City’s American Museum of Natural History. You can find out more information on the festival’s official website. – The sixth annual Napa Valley Film Festival (NVFF) has announced its first three honorees that will receive Tributes during the latest edition of the festival. Honorees include Zoey Deutch and Glen Powell, who are named as Domain Chandon Rising Stars, along with Chloe Grace Moretz, who will receive the Raymond Vineyards Trailblazer Tribute.

The festival will take place November 9 – 13. Additional honorees will be named at a future date.

– The Camden International Film Festival (CIFF) has announced the slate of feature and short films for its twelfth edition.CIFF will present over 70 features and short films from across the globe, the country and the state, with filmmakers attending nearly every screening. The fest will open with Morgan Spurlock’s “Rats,” shortly after its premiere in Toronto, with Spurlock and producer Jeremy Chilnick in attendance.

The festival will take place September 15 – 18 throughout Camden, Rockport and Rockland, Maine. You can find out more information on the festival’s official website.

– Milwaukee Film has announced that Academy Award­- winning screenwriter John Ridley has joined the organization’s Board of Directors in order to give back to the region he once called home.

Ridley will be present at the 2016 Milwaukee Film Festival for a number of events, and as this year’s keynote speaker will deliver the festival’s annual State of Cinema address on Saturday, September 24. More details about this event will be available in the Festival’s Program Book and online beginning Saturday, September 3.

– The 2017 TCM Classic Film Festival has announced its official dates for next year’s edition, and will be held April 6 – 9, 2017, marking the eighth gathering of legendary stars, award-winning filmmakers and movie fans from around the globe. The theme for the four-day event will explore “Make ‘Em Laugh: Comedy in the Movies,” from lowbrow to high, slapstick to sophisticated comedies of manners, and the 2017 festival aims to “showcase the greatest cinematic achievements of lone clowns, comedic duos and madcap ensembles.”

Passes for the latest edition of the TCM Classic Film Festival will go on sale to the public in November. Steve McQueen and Chiwetel Ejiofor during the filming of “12 Years A Slave.”

– The BFI and BFI London Film Festival have announced that Steve McQueen, the Turner Prize-winning video artist and Oscar-winning producer, director and screenwriter will receive its highest accolade, the BFI Fellowship. The presentation will take place at the BFI London Film Festival’s annual Awards Ceremony on October 15 at Banqueting House.

Of the news, McQueen commented, “I first walked into the BFI library and cinema 28 years ago. To think that I will now be a Fellow and honorary member, with such a distinguished list of people, is mind-blowing. I’m humbly honoured.”

Previous BFI Fellowships have been presented at the ceremony to Cate Blanchett in 2015, Stephen Frears in 2014, the late Sir Christopher Lee in 2013, Tim Burton and Helena Bonham Carter in 2012, and David Cronenberg & Ralph Fiennes in 2011. Most recently, in February this year, Hugh Grant was also awarded the BFI Fellowship.

– The International Documentary Association (IDA) has announced that award-winning filmmaker Joe Berlinger will join its Board of Directors. Berlinger commented, “With the explosion of platforms, there has never been more opportunities for documentarians; but, with documentarians doing much of the investigative reporting today, the risks have also never been greater. Joining the IDA board gives me an opportunity to help grow an organization that has really helped me navigate these very issues over the years.”

– Aspen Film announced today that the 26th annual Aspen Shortsfest is now accepting submissions. Shortsfest accepts submissions of live action, documentary and animation from the United States and around the world. Films screened will be part of the Festival’s International Competition, which will take place April 4 – 9, 2017 in Aspen, Colorado.

Early bird entry deadline is October 31, with a regular entry deadline of November 30,. Kathleen McInnis will serve as the Director of Programming for the 26th annual Aspen Shortsfest. You can find complete International Competition entry guidelines on the Aspen Film website.

This Article is related to: Film and tagged Festivals, Film Festival Roundup