Though Sony won't comment on a sequel, they are pursuing animated spinoffs of the popular franchise. 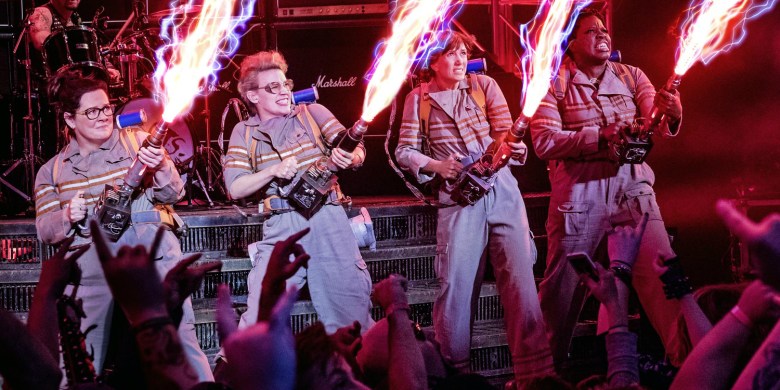 Though Paul Feig’s gender-swapped “Ghostbusters” reboot garnered quite a bit of critical attention and pre-release hype, both positive and negative, it may not have been enough to guarantee a sequel. According to the Hollywood Reporter, Sony’s film chief Tom Rothman and his team are preparing for steep losses of over $70 million, as box-office experts predict it will be difficult for the film to “break even” at $300 million. In mid-July, Rory Bruer, president of worldwide distribution at Sony, boldly claimed that “there’s no doubt in my mind” that a sequel would be in the pipeline, but now, it looks less and less likely.

READ MORE: ‘Ghostbusters’ Review: A Feminist Blockbuster That Could Have Been Better

Though Sony won’t officially comment on a potential “Ghostbusters” sequel, a studio representative says they’re actively pursuing animated avenues, such as an animated “Ghostbusters” feature in 2019 and an animated TV series, “Ghostbusters: Ecto Force,” in early 2018. Both will be helmed by Reitman, who has fully taken over the franchise via Ghost Corps., a subsidiary that plans to bring “Ghostbusters” to all types of platforms. Director Paul Feig has not said if he’ll return to the series yet, and while the cast — Melissa McCarthy, Kristen Wiig, Kate McKinnon, and Leslie Jones — are said to have signed for two sequels, it’s unclear if that will ever materialize.

Sony itself disputes the exact amount of potential loss, since revenue from merchandising, the “Ghostbusters” exhibit at Madame Tussauds, a theme park ride in Dubai, will help make up the deficit. “With multiple revenue streams, including consumer products, gaming, location-based entertainment, continued international rollout, and huge third-party promotional partnerships that mitigated costs, the bottom line, even before co-financing, is not remotely close to that number,” says a Sony rep.

READ MORE: Did ‘Ghostbusters’ Open at the Box Office? Or Disappoint?

“Ghostbusters” is currently in theaters now.

This Article is related to: Film and tagged Ghostbusters 2016, Melissa McCarthy, Paul Feig