SundanceTV's new TV import from Italy is its own beast compared to the 2008 Cannes-winning film, but the two projects share one key attribute. 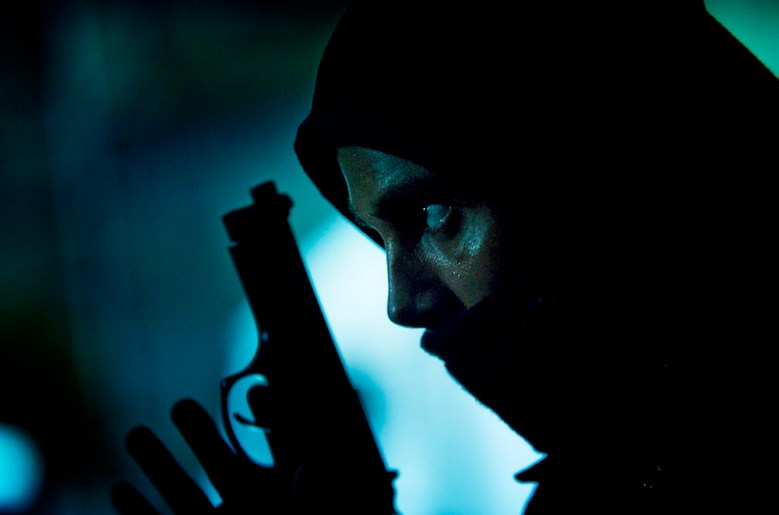 “Gomorrah,” an Italian crime series imported by SundanceTV after finding much success overseas, is largely set at night. That darkness may be the first — and possibly most significant — change that fans of the 2008 film notice.

Matteo Garrone’s original feature used light to boldly depict the violence overwhelming his home country. But the series from Leonardo Fasoli, Giovanni Bianconi, Stefano Bises, Ludovica Rampoldi and Roberto Saviano (yes, they’re all credited as creators) uses shadows to its advantage, providing stark contrast between the hidden lifestyle of a mafia family and the stark realities of its results.

It’s not the only change from the Cannes Grand Jury Prize winner, but the shift affects more than just the challenge of watching in daylight. The serialized take on “Gomorrah” — which has aired two seasons already in Italy, with two more on the way — feels like a much more straightforward crime story; one loaded with terrifying commentary on the culture depicted, but a familiar narrative to anyone well-versed in mob movies.

Delving into the inside story of the Camorra — as thoroughly researched by Italian journalist Roberto Saviano, whose book of the same title inspired the film and this series — “Gomorrah” tracks the fictionalized Savastano crime family. The loyal and unforgiving crew runs the show in their subset of Naples, led by Don Pietro (Fortunato Cerlino), an aging boss looking to ensure his family’s well-being as he feels the end approaching. This sense of impending doom is both part of the job and a direct result of Pietro’s ruthless rule. An early attempt at sabotage leads to more problems than the family could have imagined. Ciro (Marco D’Amore) is most severely affected, as the Don’s right-hand man also happens to be the closest friend of his boss’ son, Genny (Salvatore Esposito). A spoiled but determined hot-head, Genny has differences from his father and he and Ciro come from varied backgrounds, but they seem to understand each other. As Pietro senses trouble on the horizon, he relies more and more on Ciro, his son and Ciro’s guidance of his son — all to protect a family living in violent times.

Such a narrative should sound as fresh to fans of the 2008 film as it is recognized by anyone who’s watched a mob movie. And SundanceTV’s “Gomorrah” is an entirely different beast than the feature film most cinephiles will be drawn in by. (Though there are a few shots aiming to honor it.) Gone is the film’s dark sense of humor. Gone is its examination of traditional male machismo in light of the vanity of these mobsters. Gone, too, are the direct associations to American cultural influences. (Don’t expect to hear talk of Tony Montana or see shots of Scarlett Johansson.)

But what’s here is definitively of the same influence. Whether it holds truer to the book or not, I cannot say (though, from a bit of casual research, it seems like that is the case). “Gomorrah” is a true crime story fictionalized to fit a purpose; a purpose opposite of its characters. Rather than intimidate its audience, “Gomorrah” aims to illuminate an issue by a bit of trickery. Despite its familiar construction, “Gomorrah” is significantly more frightening than others in its genre because of the history behind it. The novel’s author has been in hiding since the non-fiction book broke out, for fear of revenge by the Camorra family. And seeing what that revenge looks like, as well as the lack of reason behind such violent consequences, makes “Gomorrah” a stark dose of reality masked by its packaging. Imagine watching this in Italy while the family walks the streets near your apartment.

Such thoughts have drawn some to the conclusion that “Gomorrah” is “The Wire: Italy,” as both series provide unflinching insight into worlds most viewers are afraid to acknowledge (even when they’re already surrounding us). But I would argue it’s more of a blend between David Simon’s Baltimore-based tragedy and David Chase’s empathetic ode to American mobsters, “The Sopranos.” Fans of the landmark HBO show will see darker shades of Tony Soprano in Don Pietro and even more similarities between Tony’s son, A.J., and Genny. Genny very well could be a grown-up A.J., just as “Gomorrah” could be seen as a grown-up “Sopranos”: a series that forces you to accept the dark reality of these real-life figures, rather than forgive their choices as those required of a life distanced from our own.

This Article is related to: Television and tagged Gomorrah, Reviews, SundanceTV