Late summer is providing arthouse audiences with a bonanza of strong movies that debuted in Cannes. 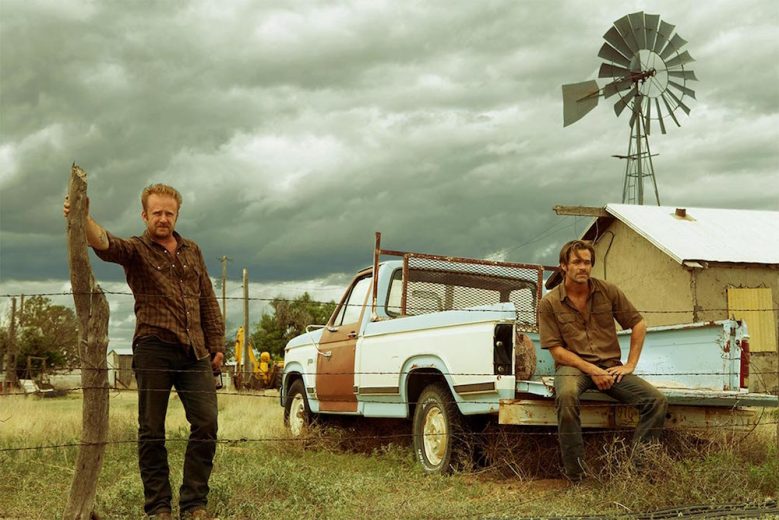 After one of the best openings of the summer, Texas western “Hell or High Water” could become one of the strongest specialized releases of 2016. This bank robbery and pursuit thriller debuted at Cannes and scored among the best reviews of the year. CBS Films and Lionsgate opted to take the easier commercial route rather than chase awards via the standard September festival rollout.

Late summer has yielded a spate of arthouse successes including strong holdovers “Café  Society” and “Indignation.”

A gamble paid off big-time for CBS Films, who acquired this independent Texas story of two struggling brothers (Chris Pine and Ben Foster) who rob a bank to save the family farm. Distributed by Lionsgate, “Hell or High Water” debuted well at Cannes. Knowing it had rave reviews, CBS decided to go broader than a usual New York/Los Angeles debut, adding other top cities. That paid off with a very strong PTA for a wide break, including one Washington and two Texas theaters among the top five grossers. Clearly the movie is building strong buzz as it crosses over to a wider audience. Besides the movie’s mainstream thriller appeal, Jeff Bridges as the local sheriff adds instant cred for adult moviegoers.

Fox Searchlight has used this kind of broader theater break a few times. “Wild” opened in 21 theaters and grossed $606,000 on its way to $38 million. “The Best Exotic Marigold Hotel” scored $737,000 in 27 heading toward an ultimate $46 million. “Hell or High Water” arrived with fewer guaranteed elements but still showed a strong initial response.

What comes next: This will expand quickly; its late summer timing gives it a clear shot at a long run and sizable returns ahead. Next weekend we’ll see a better view of its prospects. Despite the misleading genre  title, “Anthropoid” is a World War II thriller based on the assassination of Reinhard Heydrich, the Nazi boss in Prague whose killing was also featured in other films including Fritz Lang’s 1943 “Hangmen Also Die.” Bleecker Street took this out fairly wide initially, not counting on what turned out to be modest reviews to launch it in limited circumstances. The result is middling in a currently crowded upscale market. Its 30% jump for the second day is credible for a new older audience film, but comparisons to similar releases put it in perspective: last summer Roadside released “Mr. Holmes” in July with an initial gross in over $2.4 million in fewer (361) theaters, with a 60% second day jump.

What comes next: The future will depend on whether positive word of mouth kicks in to help sustain it. This needs a strong hold next weekend to keep its screens. After its warm reception as a Cannes midnight premiere, Lionsgate took this Mel Gibson vehicle (produced in France, shot in the U.S.) about an ex-con protecting his daughter (Erin Moriarty) to a low-profile national break. While the thriller landed favorable reviews (The Los Angeles Times called it “a small gem”), it scored mediocre (though not disastrous) grosses at its initial theaters.

What comes next: Not really looking great theatrically; it will get more exposure via the Gibson name on home screens. Another strong Cannes debut is Alice Winocur’s tense thriller about an Afghan war vet with post traumatic stress disorder (Mathias Schoenaerts) who protects a wealthy woman and her child when her mansion is attacked by terrorists. To give the film more exposure, IFC took the movie out in New York this weekend along with nationwide streaming. That puts its initial gross – accompanied by decent reviews – into a different context.

What comes next: Moving to the top 15 markets over the next two weeks, along with ongoing streaming. French actress/director Maiwenn’s most recent film is one of the last Cannes 2015 Palme d’or contenders to get a U.S. release. Placed at the ideal location, New York’s Lincoln Plaza, and receiving decent reviews, it got some sampling but not a particularly strong initial number.

What comes next: Scattered bookings in big cities most likely.

Filmmaker-self distributed, this doc about vintage New York video arcades opened at the Metrograph, near the Chinatown neighborhood site of much of its action, to a respectable response after decent initial reviews.

What comes next: Selected theatrical dates over the next few weeks before September streaming.

Ira Sachs’ latest film expanded to Los Angeles and elsewhere after its strong initial Manhattan dates to less sensational numbers. His “Love Is Strange” two years ago grossed $253,000 in 27 theaters its second weekend; the saga of a long-time gay couple facing housing issues late in life apparently resonated more than this Brooklyn-based story of teen boys in the middle of gentrifying surroundings, even though “Little Men” nabbed strong critical response. In week five, new Woody Allen distributor Lionsgate opted to not go as wide as his most recent five releases via Sony Pictures Classics. The lowest maximum theater count for each of those was 806, where this topped out at 631. “Café Society” should end up between $11-12 million, close to triple last year’s “Irrational Man” and ahead of 2014’s “Magic in the Moonlight.” However, though it opened nearly even with “To Rome With Love,” it will fall short of that film’s $16.7 million. Allen’s new partnership with Amazon has led to a needed rebound, even if the movie hasn’t kept up its initial pace.

James Schamus’ adaptation of Philip Roth’s 50s college novel is still below the total of theaters for most Roadside Attractions releases at this point (they usually open wider initially). It is getting a respectable response so far in an increasingly crowded market for adult films, with this narrower initial release appropriate for its potential. With most theaters new this week, its 77% Saturday improvement over Friday is a particularly positive sign.

As it expands, Mike Birbiglia’s comedy continues to show strength. As should be expected since his earlier “Sleepwalk With Me” streamed as it expanded, this is performing a tad better. That film in its fourth weekend grossed $345,000 in 118 theaters. This looks like it has enough crossover appeal ahead to move into more theaters. This is holding well overall, with a small dip in the PTA along with minor additions in theaters.

As the theater count declines the PTA is actually up for remaining theaters. That suggests some life remains for this Viggo Mortensen backcountry drama, which should end up somewhere between $5 and 6 million.

The total for Dinesh D’Souza’s latest anti-liberal doc is impressive, but in an election year it’s curious to note that the total for this will come in a bit more than a third of his 2012 attack on Obama. At this stage after three films it looks like the formula is losing its potency.

“Hunt for the Wilderpeople” (The Orchard) – Week 8

Late in its run the other backcountry sage (this one from New Zealand) looks like it should breeze past $4 million shortly. It’s the breakout film for this two-year-old distributor, whose other 17 films combined grossed a little under $5 million.

The third weekend for this women execs on Wall Street drama falls somewhere between “The Meddler” and “Maggie’s Plan” among SPC’s recent releases (both of which had some crossover appeal).

This acclaimed Sundance doc isn’t having much luck at theaters, with this week’s expansion leading to a PTA of under $1,000 and little chance for much more growth.

Losing more than half of its theaters and over 60% of its last-weekend gross, this movie version of the comedy series will cap out at under $5 million. Fox Searchlight has big things ahead in the fall season, but the usually dominant specialty subsidiary doesn’t have much to show for the first eight months of the year.

This Article is related to: Film and tagged Box Office, Hell or High Water, Indignation