The filmmaker's first English-language effort is another clever riff on classic literature. 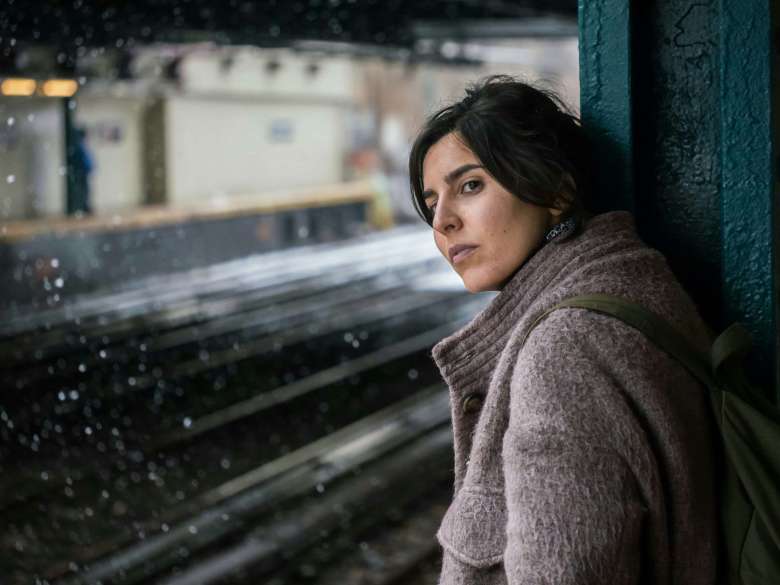 There are endless ways to adapt Shakespeare to film, but it’s safe to say nobody’s doing it today with greater innovation than Matias Piñeiro. In four of his five spry features to date, the Argentine has depicted contemporary stories of young people facing a variety of challenges intertwined with Shakespearean texts. Piñeiro weaves the source material through his narratives in clever, unexpected fashion, from the romantic entanglements amid a rehearsal of “Twelfth Night” in “Viola” to the podcast adaptation of “Love’s Labour Lost” in “The Princess of France.” His latest, “Hermia & Helena,” finds a young woman adrift in New York while working on a translation of “A Midsummer Night’s Dream.” It’s the director’s first English-language production, but that’s not the only big change in his most intriguing effort to date.

“Hermia & Helena” dwells less on the parallels between a classical text and modern characters than it simply lets them speak for themselves with the occasional lyrical support. Shakespeare mainly provides the framing device for a more tightly controlled narrative about alienation and living in transition. The filmmaker seems to be growing into his own groove.

As with the last film, “Hermia and Helena” opens with a masterful wide shot, this time beginning on a Manhattan fire escape and panning along to reveal a sweeping view of downtown Manhattan. The eagle’s eye view belongs to Camila (Piñero regular Agustina Muñoz), who has fled Buenos Aires on a fellowship to translate “A Midsummer Night’s Dream” in New York. Already dating local everyman Lukas (Keith Poulson), she has settled into the same apartment where her pal Carmen (María Villar) lived before her. In between contending with some of Carmen’s past associates, Camila spends her days reconnecting with old acquaintances and making a few new ones. But that’s only one half of Piñeiro’s crafty story, which regularly flashes back to Buenos Aires to recount Camila’s decision to leave her boyfriend behind.

These scenes hold less appeal than the New York setting, if only because they feel like filler in an otherwise focused character study. As onscreen titles point out a series of pairings between Camila and her friends (“Carmen and Camila,” “Camila and Danielle”), they’re little more than fragments of a drama that doesn’t entirely snap together. Fortunately, the present-day sequences offer more than enough charm and intelligence. Set to cheery ragtime music, Camila’s urban exploits provide a breezy centerpiece to the film.

Equal parts “Frances Ha” and “Annie Hall,” Camila’s an intriguing loner roaming through her nomadic phase with a carefree attitude that belies greater anxieties about her future. Wandering the city while scribbling down lines of “A Midsummer Night’s Dream” in her notebook, the title of that play provides an apt summation of her hazy motivations. In the final act, when Camila confronts an older figure from her past (played by New York filmmaker Dan Sallitt), Camila’s uneasy trajectory finally makes sense. Until then, however, the talented Muñoz gives Camila a compelling air of mystery about her intentions. Piñeiro regularly superimposes her translation of the play onscreen, a device that might feel heavy-handed if its purpose weren’t so clear: Unable to find a stable role in the world, Camila buries herself in the text.

And sometimes, it takes over. While “Hermia & Helena” avoids going quite as deep down the rabbit hole of its source material as other Piñeiro films, eventually the filmmaker can’t help himself — and it’s the best instance yet of his ability to quote Shakespeare in a fresh context. When Camila tracks down an old lover named Gregg (Dustin Guy Defa), a conversation between the pair in Fort Greene Park transforms into the love juice scene of “A Midsummer Night’s Dream.” It’s an intriguing digression that points to the way Camila uses the literature to cope with the world.

By positioning Shakespeare within a chatty tale of young adulthood — and giving it a feminist slant — Piñeiro proves the vitality of the material without becoming subservient to it. He wields the Bard like a sturdy piece of an ever-expanding toolkit. In the process of toying with Shakespeare’s voice, Piñeiro has found a distinct one himself.

“Hermia and Helena” premiered at the 2016 Locarno Film Festival. It is currently seeking distribution.

This Article is related to: Film and tagged Locarno 2016, Matías Piñeiro, Reviews